TRO v. Preliminary Injunction. “I won’t hear your TRO without some notice to the other side” – a phrase often heard by trial lawyers practicing in injunction law, but completely at odds with the very purpose of Ohio Civil Rule 65(A). In this business litigation update, Faruki Ireland & Cox’s Dan Donnellon, author of the book Injunctions and Restraining Orders in Ohio (Anderson 1992), discusses the important distinction between a TRO hearing which is only conducted ex parte and without notice to the opponent, and a preliminary injunction, which is the only way for the court to proceed if the opponent is given notice of the relief sought. 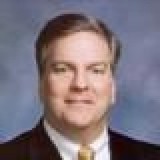