Patents: Who Owns this Invention?

"To promote the Progress of Science and useful Arts, by securing for limited Times to Authors and Inventors the exclusive Right to their respective Writings and Discoveries;" 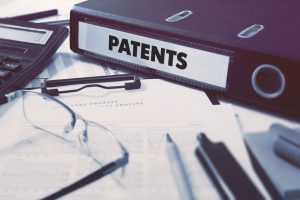 By virtue of Article I, section 8, clause 8 of the Constitution, patent rights are governed by federal law.  Congress exercises this authority through the Patent Act of 1952, which (among other things) requires inventors to apply for a patent with the U.S. Patent and Trademark Office ("PTO").  Although patent law is a complex area of law developed through decades of jurisprudence, this article considers one "simple" question: Who owns the patented invention?

The law provides the starting point: "Whoever invents or discovers any new and useful process, machine, manufacture, or composition of matter, or any new and useful improvement thereof, may obtain a patent therefor, subject to the conditions and requirements of this title." 35 U.S.C. § 101.  A person seeking a patent must apply before the PTO, and the application must include three things: (1) a written description of the invention; (2) exact terms as to enable someone with sufficient skill to make and use the invention; and (3) "the best mode contemplated by the inventor or joint inventor of carrying out the invention." 35 U.S.C. § 112(a).  Moreover, to be patentable, the invention must be: (1) a "process, machine, manufacture, or composition of matter"; (2) novel; (3) useful; and (4) nonobvious. A person cannot obtain a pattern over certain discoveries, such as "laws of nature, physical phenomena, and abstract ideas."  Diamond v. Chakrabarty, 447 U.S. 303, 309 (1980).  Once obtained, the patent gives the inventor exclusive rights in the invention for 20 years from the date of application.  It is up to the patent holder, however, to enforce those rights.

By definition, the inventor is "the individual or, if a joint invention, the individuals collectively who invented or discovered the subject matter of the invention." 35 U.S.C. § 100(f).  The inventor is the person who conceives of the invention, but not necessarily the one who implements it.  For example, a person who drafts the schematics will remain the inventor of the machine, even if someone else builds it for them (assuming the other person follows those schematics).  The inventor must form a definite and permanent idea of the complete and operable invention to establish conception.  A joint inventor is anyone who shares in the conception—their contributions need not be equal.

If two or more inventors are involved, then those inventors can jointly own the patent rights. In addition, patents can be assigned and one can file an assignment of record in the PTO—even a patent application can be assigned.  And, although not "ownership," patents can be licensed to entities that wish to use the invention, with the agreement of whoever owns the patent at the time.

Although the federal government has these rights by statute, it has never exercised them.

More commonly, some inventors are employed by companies that have required them to sign, in exchange for employment, agreements that cover ownership of inventions, assigning ownership to the employer.  Under such agreements, the employer and employee have already anticipated that the employee might develop some invention that is worth patenting.  (Such agreements can also be signed in the context of an independent contractor relationship or other collaborative venture.)  The effect of the agreement is that patent rights vest automatically in the employer, rather than the inventor herself (which would otherwise be the general rule).  Patent rights can vest in the employer even in the absence of an express agreement when the employee was hired specifically for the purposes of invention—for example, a fast-food company might have a better argument over a kitchen invention developed by an employee of its engineering department than one invented by a fry cook.

Similarly, companies (or individuals) that collaborate on a project can determine ahead of time, by agreement, how any ensuing patent rights will be handled.  This step is vital in any situation where the parties anticipate developing some invention, as it is much easier to set forth ownership rights at the outset of a relationship (when few rights have naturally settled on one party or the other) than attempting to negotiate on the back end.

Obviously, the question of who has rights to any given patent can be a complicated one, but it will always start with ownership of the invention in the first instance.