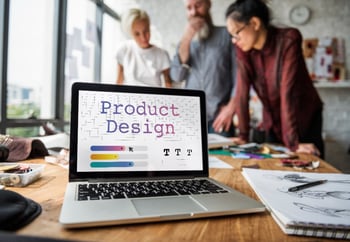 The notion of what can fall under trade dress protection continues to evolve.  Trade dress originally included only the packaging or "dressing" of a product, but in recent years has expanded by many courts to include the design of the product.  Trade dress can range from:

To receive Lanham Act protection, trade dress must be distinctive and non-functional. Distinctiveness is a prerequisite for registration of trade dress under § 2 of the Lanham Act and for the most part applicable in determining whether an unregistered mark is entitled to protection under § 43(a).

A trade dress can be distinctive in two ways:  (1) it can be inherently distinctive, or (2) it can have acquired distinctiveness, which also known as acquiring a "secondary meaning." Secondary meaning is acquired when, "in the minds of the public, the primary significance of a [mark] is to identify the source of the product rather than the product itself."  Inwood Labs. v. Ives Labs., 456 U.S. 844, 851, n. 11, 102 S. Ct. 2182 (1982).  With respect to color, courts have held that a color cannot be inherently distinctive.  Qualitex, 514 U.S. at 163.  A color does not automatically signal the source of the product to consumers.  However, over time, consumers may come to treat a particular color on a product or its packaging as signifying a brand.  Id.

In Qualitex, the court articulated the meaning of functionality in the context of trade dress: "'a product feature is functional…if it is essential to the use or purpose of the article or if it affects the cost or quality of the article,' that is, if exclusive use of the feature would put competitors at a significant non-reputation-related disadvantage."  Id.  at 165 (quoting Inwood Labs., 456 U.S. at 850, n. 10). The Supreme Court approved the Fifth Circuit's articulation of "functionality," which was that "a design is legally functional, and thus unprotectable, if it is one of a limited number of equally efficient options available to competitors and free competition would be unduly hindered."  Two Pesos, Inc. v. Taco Cabana, Inc., 505 U.S. 763, 775, 112 S. Ct. 2753 (1992) (citing Sicilia Di R. Biebow & Co. v. Cox, 732 F.2d 417, 426 (5th Cir. 1984)).  This test for functionality is used to determine whether the trade dress is necessary for the product to work or is it merely making the product unique.