On October 5, 2011, the U.S. Supreme Court heard arguments in Golan v. Holder, No. 10-545.  At issue is the constitutionality of Congress’ ratification of § 514 of the Uruguay Round Agreements Act of 1994 (“URAA”), codified at 17 U.S.C. § 104 (A), 109(a).  Section 514 grants copyright protection to foreign works already in the public domain due to a failure to comply with technical copyright requirements whose term of copyright protection has not yet expired in its home country.  In order to be eligible for copyright restoration, the work must not be in the public domain in its home country and the home country must be a signatory to the Berne Convention for the Protection of Literary and Artistic Works (“Berne Convention”).

The practical effect of § 514, according to the Merit Brief for Petitioners Golan, et al., is to provide copyright protection to millions of 20th Century works by foreign artists that have been in the public domain in the United States for years, including such popular works as Peter and The Wolf, by the Russian composer Prokofiev, paintings by Picasso, and films by Alfred Hitchcock.  Merit Brief, pp. 10‑11.  Lead plaintiff, University of Denver professor of music Lawrence Golan, says a harmful effect of the copyright restoration will be to make these once freely disseminated works cost prohibitive to small community orchestras and other performers.  Robert Barnes, The Washington Post (Oct. 4, 2011), .  According to Petitioners, § 514 violates both the Copyright Clause, Article 1, Sec. 8, and the First Amendment to the Constitution.

Those who defend § 514, who in addition to the Solicitor General include Amicus from the ABA, the American Intellectual Property Law Association, and associations of composers and publishers, among others, argue that the section was necessary to assure that the benefits of the United States’ treaties with the international community providing intellectual property protections to U.S. artists, authors and inventors abroad would continue.  See e.g.,  ABA Brief, p. 18.  In other words, the concession of limited copyright restoration was necessary for the U.S. to comply with its former international treaties and to continue to reap the broad benefits of those treaties.

Six years later, the U.S. negotiated the TRIPS agreement during the Uruguay Round of the General Agreement on Tariffs and Trade (“Uruguay Round of GATT”).  The TRIPS agreement established the World Trade Organization as the new international forum to resolve trade disputes and was touted as opening trade, in part, by bringing into greater conformity the intellectual property laws of member countries.  As part of that Agreement, negotiating countries required the U.S. to come into compliance with the Berne Convention, Article 18, copyright restoration requirements.

In this time of explosion of digital works and easy international exchange and accessibility of intellectual property, international agreements that enhance protections to U.S. intellectual property holders are vital.  Promoting these protections internationally is a legitimate governmental interest.  In addition to protecting U.S. interests, § 514 also protects reliance parties and ensures that derivative works will be able to continue with reasonable compensation to the exploited work.  17 U.S.C. § 104A(d)(3)(A)(ii) (1994).

So a balance is struck between our existing copyright laws and our international obligations.  It may not be perfect, but there is a good argument that it is necessary.  So, why did the Supreme Court take the case?  The Tenth Circuit upheld the constitutionality of Congress’ actions.  There was no conflict among the Circuit Courts.  Hints may be found in the questioning by Justices during oral argument.  Justice Scalia reminded the government that Congress’ action was either constitutional under the Copyright Clause or not, and any treaty obligations or benefits therefrom were irrelevant to that threshold inquiry.  Justices Scalia and Breyer both questioned whether § 514 did anything to further the “progress of science and the useful arts,” the basis for Congress’ authority to enact copyright protections.  The Chief Justice and Justice Sotomayor both seemed willing to accept that there are some benefits from § 514 in promoting the arts by providing some incentives to U.S. and foreign authors.

Regarding the First Amendment issue, the Chief Justice suggested petitioners’ arguments were intuitively appealing:  one day he could perform a symphony, and the next day he could not.  The Chief Justice expressed concern about Jimi Hendrix’ unique version of the Star Spangled Banner, if the latter was suddenly granted copyright protection.   Indeed, in upholding § 514 under the First Amendment, the Tenth Circuit applied the well‑established test for a law restricting speech that is content-neutral, and asked whether the law was narrowly tailored to serve a significant government interest.  The Tenth Circuit answered “yes” deferring to Congress’ judgment.  The lower court, District Court Judge Babcock, had said “no:”  Congress could have granted permanent protection to reliance parties (e.g., Jimi Hendrix in the Chief Justice’s hypothetical) instead of partial protection to reliance parties of only one year, plus an opportunity to pay reasonable compensation.

In our increasingly global marketplace, the tensions between our constitutional and our international foreign policy interests will likely collide from time to time.  The Berne Convention’s Article 18 was one such event.  When pushed by the international community, Congress struck the balance.  It will be interesting to see if the Court agrees that it was the right balance. 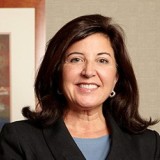