The American patent system incentivizes inventors to patent an idea in exchange for obtaining the sole right of commercialization or exclusion of that idea for a defined period of time.  As Abraham Lincoln, the only U.S. President to ever hold a patent, once remarked: our patent system "added the fuel of interest to the fire of genius." Abraham Lincoln, Lecture on Discoveries and Inventions, 1858.  Beginning around the turn of the century, however, this incentive structure, which has served as an engine for the American economy since the first Patent Act of 1790, has also attracted interest from the so-called "Non-Practicing Entity" (or, as sometimes derisively labeled, the "Patent Troll").  Whether you are a serial entrepreneur or an aspiring small-business owner eager create the next-big-thing, the success of your business may one day depend on your ability to navigate an encounter with a so-called Patent Troll.

What is a Non-Practicing Entity?

Perhaps the simplest way to define a Non-Practicing Entity is to define what it is not. While traditionally the owner of a patent might have been expected to use their patent, a Non-Practicing Entity usually does not have any intention of ever doing so. In contrast to companies that patent a product or service that they bring to the marketplace, or research universities that seek patents on new technologies developed in-house, these entities acquire and stockpile patents and make money by threatening or filing lawsuits against other entities for alleged infringement. Non-Practicing Entities may use broad, vague, or otherwise ambiguous patents as their hook for alleging infringement. Even when lawsuits brought by Non-Practicing Entities are unlikely to ultimately succeed, businesses still have a strong incentive to settle such lawsuits rather than submit to the expensive, time-consuming, and unpredictable litigation and discovery process.

Non-Practicing Entities are part of a huge and still-growing industry. Industry reports indicate that although litigation by operating entities (companies like Apple, which do use their patents) is trending downward, activity is "up significantly" with Non-Practicing Entities filing suit against 2,338 defendants in 2021 alone.  RPX, Q4 in Review: NPE Filings Rebound as Operating Company Litigation Declines, p. 1 (Jan. 14, 2020).  Even these figures fail to capture the true impact of Non-Practicing Entities, however, because they don't include pre-litigation activity. For example, in 2021 the Washington Attorney General filed a lawsuit against a Non-Practicing Entity for allegedly predatory practices after the Non-Practicing Entity sent pre-suit demand letters to over 1,000 businesses "demanding payment for webpages that are essential for running a business." Washington AG files lawsuit saying 'patent troll' targeted small businesses, KIRO 7 News, (May 14, 2021).  Although difficult to quantify, in 2014 the Harvard Business Review published an article detailing the adverse impact Non-Practicing Entities have on innovation and claiming that they "cost defendant firms $29 billion per year in direct out-of-pocket costs" and that "patent litigation destroys over $60 billion in firm wealth each year."  James Bessen, The Evidence Is In: Patent Trolls Do Hurt Innovation, Harvard Business Review Magazine (Nov. 2014).

Non-Practicing Entities have been successful despite repeated and ongoing efforts to rein them in. Years of complaints about the patent system culminated in the passage of the America Invents Act (AIA) in 2011, which represented the largest change to patent law since the Patent Act of 1952.  The AIA established the Patent Trial and Appeal Board (PTAB), which was designed to provide a cheaper administrative alternative to traditional litigation for accused infringers to invalidate a patent.  PTAB proceedings have resulted in thousands of decisions finding that Non-Practicing Entities' claims are actually unpatentable.

The PTAB has not been a panacea, however, because of several interrelated phenomena.  First, the sheer volume of cases brought by Non-Practicing Entities virtually ensures that the PTAB alone will be unable to stem the flood of litigation.  Second, the former Director of the U.S. Patent and Trademark Office (USPTO) endorsed an interpretation of the AIA that allows the PTAB to decline review upon a determination that traditional litigation was likely to resolve validity issues more quickly than PTAB review.  Third, and perhaps most importantly, the intense consolidation of patent litigation in just a few jurisdictions nationwide has frustrated overarching efforts, including those of the PTAB, to minimize trolling.

Unlike nearly every other kind of litigation, patent cases are overwhelmingly filed in just three district courts: the District of Delaware, the Eastern District of Texas, and the Western District of Texas.  Part of the explanation for the deluge of patent cases in Texas is that several federal judges there have adopted local rules and procedures favorable to patent litigation, including rules designed to make patent litigation faster.  Anderson & Gugliuzza, 71 Duke Law Journal at 437-51, 455-56 ("Patentees love speed. If they are looking forward to trial, speed enables that to happen sooner. If they are seeking to remove a competitor from the market through an injunction, the speedier the better.  And if, like most plaintiffs in patent cases and otherwise, they are looking for a settlement, a faster time to trial puts a financial strain on defendants, encouraging a settlement on terms favorable to the plaintiff.  For plaintiffs, there are few downsides to speed.").  Texas courts' status as "rocket dockets" means PTAB is more likely to decline to initiate its own review, reasoning that its administrative procedures won't be any faster or more efficient.

Although the Supreme Court in 2017 limited Patent Trolls' ability to seek out potentially favorable courts, the reality of e-commerce and modern logistics capabilities means that Patent Trolls still usually have a good faith basis to file suit the Western and Eastern Districts of Texas – both of which have demonstrated a reluctance to dismiss or transfer cases away once filed.  Indeed, Patent Trolls have been responsible for 85-90 percent of patent suits filed in the Western and Eastern Districts of Texas.

Against this backdrop, Congress is once again pushing for reforms. Most prominent among the proposals is the "Restoring the America Invents Act," which would reduce the PTAB's discretion to deny reviews, authorize the director of the USPTO to rehear PTAB decisions, and allow government entities to challenge patents before the PTAB.  What's more, after prompting from Senators Tillis and Leahy, the United States Courts' Judicial Conference initiated a study of judicial assignment procedures that have contributed to the extreme consolidation of patent cases before just a handful of judges, and Chief Justice John Roberts listed issues concerning patent venue as among his top priorities for 2022.  Even more recently, the Chief Judge for the Western District of Texas announced a policy to "equitably distribute" patent cases filed there among all judges, not just those with special patent rules.

The patchwork of proposed reforms underscores that, unfortunately, there is likely no silver bullet for stopping a "Patent Troll" in its tracks. Given the ubiquity of patent litigation, and the potentially high costs of managing these lawsuits, every business owner would be wise to remain alert and to be prepared to react promptly to any actual or threatened litigation. 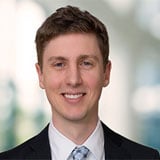