Fans of "The Kardashians" may remember a clip of Kim's son, Saint, gleefully showing his mom a picture of herself that appeared on his game.  In response, she said "well then we are suing them if it is a game with my name and picture."  Kim's bar preparation paid off—she may have valid claims if her name and picture were used for a game without her consent.

Each state, through common law or statute, has adopted laws that protect an individual's right to profit off of their name, image, and likeness.  When someone uses another's name or image for a commercial purpose, there are two remedies that may be available: misappropriation of name, image, or likeness and invasion of the right to publicity.  The elements of these actions are similar, and vary state to state, including what attributes are protected and whether the cause of action applies to celebrities v. non-celebrities.

These claims differ from another well-known cause of action relating to public image—defamation.  While a defamation claim allows one to pursue remedies for damages to one's reputation caused by a false statement published or communicated, the right to control one's name, image, and likeness ensures that one cannot exploit the likeness of another.

Generally, the right to publicity is violated if (1) a person's (not a corporation) name or likeness is used; (2) without consent; (3) for an exploitative purpose (e.g., advertising).  This right arises out of one's right to control and make money off of their own image.  This right is not without limits; merely because one's name or likeness appears in a commercial setting does not guarantee a cause of action.  Lindsey Lohan learned this lesson the hard way.

A New York District Court dismissed Lindsey Lohan's complaint against Pitbull, Ne-Yo, Afrojack, and other defendants alleging, among other claims, a violation of New York's right to privacy statute.  Lohan v. Perez, 924 F. Supp. 2d 447, 450-51 (E.D.N.Y. Feb. 21, 2013).  Lohan alleged that the artists used her name in the song "Give Me Everything" without her consent.  Id. at 451.  The court rejected Lohan's argument that the song was used for advertising or trade purposes, as required by New York law, because while the song was made for the purpose of making a profit, Lohan's name was not used for purposes of advertising, similar to when a photo of a celebrity appears in a newspaper or magazine.  Id. at 455.  She was just "name-dropped" in the song, like Joe DiMaggio in Simon & Garfunkel's "Mrs. Robinson," Neil Young in Lynyrd Skynyrd's "Sweet Home Alabama," or "Chairman Mao" in the Beatles' "Revolution."  Had Lohan's name appeared in the title or refrain, then the outcome may have been different.  Id.

This is just one example of how the right to publicity can be violated. Other examples include use of a photograph or other image to advertise for a product or the use of someone's voice without their consent (Ford Motor Co. owed Bette Midler $400,000 for hiring one of Midler's back-up singers to sound like her in a commercial).  As Ford Motor Co. learned, there are penalties for violation of this right.  While the damages available for violations will vary by state, in addition to monetary damages, injunctive relief may be available.

Misappropriation of the Right to Privacy of Name, Image, and Likeness

Name, image, and likeness ("NIL") has been all the rage in the college sports world for the past year and half due to a change in NCAA policy, but the right to control your image is not a new concept.  This right arises out of the right to privacy.  The elements for a misappropriation of privacy claim are generally the same as the right to publicity, however, in addition, a cause of action may be maintained for the use of one's name or image in a non-commercial setting if the identity is "exploited" for another's benefit, for example, creating a false social media account with your name and image.

Overlap with Other Laws

As you can imagine, the above rights overlap with other areas of the law, such as the First Amendment freedom of the press.  As discussed above, there is not a complete ban on another's ability to use your name, image, and likeness in commercial and non-commercial settings.  For example, the use of another's name, image, and likeness for editorial purposes (i.e., news or commentary) is a privilege protected by the First Amendment.  Use of another's name and image in this realm is given broad leave and extends to just about anything that could be considered a public interest.  This is true even when a name or image is used in a way that may harm or impact that person's ability to make money off of their name or image.

So while Kim in the above example may have been able to sue for the use of her name and image in a game, she likely does not have a cause of action against news outlets reporting on what Saint was actually seeing—an advertisement for unreleased portions of an adult film, despite the argument of many that, in a sane world, the happenings of the Kardashians should not be of public interest. 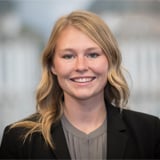