During discovery, parties are oftentimes burdened with substantial costs and expenses, which are caused in large part by the collection and production of electronically stored information, and these costs have become out of proportion with the needs of the case.  Although the current federal rules permit courts to limit discovery on proportionality grounds, such limitations are oftentimes not imposed.  In an attempt to address this national issue, the Advisory Committee on Civil Rules recently proposed various rule amendments to the federal judiciary's Committee on Rules of Practice and Procedure, including a proposed amendment to Fed. R. Civ. P. 26(b)(1) that would limit the scope of discovery to that which is "proportional to the needs of the case."  There have also been recent efforts at the state level to address the burdens and costs of disproportionate discovery.  Utah, for example, has shifted the burden of proof on proportionality from the responding party to the requesting party by amending Utah R. Civ. P. 26(b)(3), which now states that "[t]he party seeking discovery always has the burden of showing proportionality and relevance."

Most recently, the Colorado Supreme Court clarified the duty of trial courts to curtail discovery where the requested discovery is unnecessary.  On June 24, 2013, the Colorado Supreme Court issued a decision in In re: DCP Midstream, LLP v. Anadarko Petroleum Corp., No. 12SA307 (June 24, 2013) holding that trial courts must "take an active role managing discovery" by "consider[ing] the cost-benefit and proportionality factors set forth in [Colo. R. Civ. P. 26(b)(2)(F)]."

In DCP Midstream, Plaintiff DCP Midstream, LP, a natural gas transporter, sued Anadarko Petroleum Corporation, Kerr-McGee Oil & Gas Onshore, LP, and Kerr-McGee Gathering LLC (collectively, "Anadarko") for breach of contract and other claims.  As part of discovery, DCP sent fifty-eight requests for production of documents to Anadarko, seeking millions of pages of paper and electronic documents, including a request for the "complete contract file" for thousands of gas wells.  After Anadarko refused to produce the documents, arguing that many of the requests were irrelevant to the breach of contract claims, DCP filed a motion to compel.  Without addressing any of Anadarko's objections or providing any analysis under Colo. Rul. Civ. P. 26(b), the trial court granted DCP's motion to compel and ordered Anadarko to produce all responsive documents within twenty days.  Upon reconsideration, the trial court issued a separate order stating that DCP was entitled to the discovery as the requests were "legitimately related to an issue that may become relevant."  Following this order, Anadarko petitioned the Colorado Supreme Court for review.

The Colorado Supreme Court found that the trial court abused its discretion by failing to take an active role in managing discovery and remanded the case because the trial court "made no findings about the appropriate scope of discovery in light of the reasonable needs of the case and made no attempt to tailor discovery to those needs."  The Court held that Colo. R. Civ. P. 26(b), which mirrors its federal rule counterpart, "requires trial courts to take an active role managing discovery when a scope objection is raised" and to "tailor discovery to the specific needs of the case."  The Court further held that "to resolve a dispute regarding the proper scope of discovery in a particular case, the trial court should, at a minimum, consider the cost-benefit and proportionality factors set forth in C.R.C.P. 26(b)(2)(F)."

At Faruki Ireland & Cox, we understand the need to limit costs and expenses for our clients.  We look for advantages in existing laws and analyze potential changes to the laws in an effort to seek methods to curtail costs to be both reasonable for our clients and proportional to the needs in litigation.  The recent efforts at both the federal and state level to expand upon the proportionality test could ultimately advance our goal of limiting discovery to "the reasonable needs of the case" and help our clients find ways for litigation to be more cost-efficient. 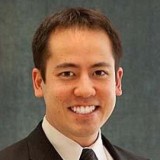