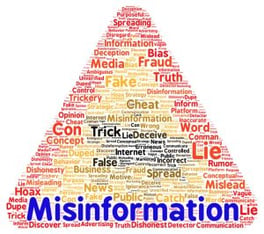 I admit that I am someone who still shops for her own groceries at the grocery store, and I am always looking for a good deal or for the specials of the week.  With my shopping cart and my store shopping card in hand, I move up and down the aisles looking for the items I want to purchase, while at the same time looking for the price and any tags that offer a deal on the item.  When I see a special tag offering the items for 2/$3.00 or 10/$10.00, I often will look to see what the price is if I buy simply one of the item and not two or ten, to verify that I am still getting the discounted price.  The store where I shop includes that particular information on the price tag.  After reading the case Grgat v. Grant Eagle, Inc., 8th Dist. Cuyahoga No. 108177, 2019-Ohio-4582, 135 N.E.3d 846, it turns out that not all stores provide that same information on their pricing or store promotion tags.  But is this a violation of Ohio's Consumer Sales Practices Act, in particular R.C. 1345.02(B)(8) -- a supplier's representation is a deceptive act or practice if the supplier represents "[t]hat a specific price advantages exists, if it does not."?  Grgat held that it was not.

In Grgat, the plaintiff Michael Grgat sued Giant Eagle alleging that Giant Eagle violated the OCSPA, R.C. 1345.02(B)(8) because "'Giant Eagle regularly runs price promotions in which it represents to consumers though [sic] in-store signage that if they buy from Giant Eagle a specific number of units of a particular product during a certain period of time, they will receive a specific discount on those items.'"  Further, he alleged that Giant Eagle "fails to disclose to its customers that they would also receive the same proportionate discount during the price promotion even if they were to purchase fewer than the number of units specified in each ad."  For example, Giant Eagle ran a promotion offering 10 cans of pizza sauce for $10, while the regular price for a single can was $1.69.  The price tag also "indicated that the purchase of ten cans would result in a savings of $6.90."  Although customers using the Giant Eagle advantage card did not have to purchase 10 cans of sauce to get the same price advantage of just $1 a can, "[t]he pro rata price of a single can, however, was not listed on the price tag."  The plaintiff asserted "that Giant Eagle's multi-unit pricing promotions were 'deceptive per se' and did not require him to prove that they were either false or material to the consumer transaction because R.C. 1345.02 is a strict liability statute."

The Eighth District Court of Appeals did not agree.  In rejecting plaintiff's assertions, the court started with the relevant language of the statute.  R.C. 1345.02(A) states, in relevant part:  "No supplier shall commit an unfair or deceptive act or practice in connection with a consumer transaction.  Such an unfair or deceptive act or practice by a supplier violates this section whether it occurs before, during, or after the transaction." R.C. 1345.02(B)(8) further states that "a supplier's act or practice is 'deceptive' if [the supplier] represents '[t]hat a specific price advantage exists, if it does not[.]'"  The court then held that a plaintiff must prove falsity to establish that a supplier acted deceptively.

"We agree the language of R.C. 1345.02(B)(8) is unambiguous.  However, simply because the statute does not use the term 'falsity' does not mean proof of falsity is not required in order to establish that an act or practice is deceptive.  'Falsity' is generally defined as 'the condition or quality of being false.' . . .  The word 'false' is defined, in part, as 'untruthful,' 'not true,' 'misleading,' and 'meant to deceive'….  Although R.C. 1345.02 does not use the word 'falsity' or 'false,' each and every deceptive practice listed in R.C. 1345.02 describes a misrepresentation of truth, i.e., a falsity.  Therefore, the trial court did not insert a falsity requirement into the text of the statute; falsity is the essence of deception."

In addition to proving of falsity, the court also held that a plaintiff must show that the representation was "material" to the consumer's decision to purchase the product.  Again, "[a]lthough R.C. 1345.02 does not explicitly state that misrepresentations must be material to the transaction, it is well established that a deceptive act or practice under the [O]CSPA is one that '"has the tendency or capacity to mislead consumers concerning a fact or circumstance material to a decision to purchase the product or service offered for sale.'"

The Eighth District Court of Appeals thus rejected the assertion that the OCSPA was a strict liability statute.  It explained that "there is nothing in the plain language of R.C. 1345.02(B) that indicates a purpose to impose strict liability… [a]nd courts have declined to interpret the statute in a manner that would impose strict liability."  "Rather than applying strict liability, courts have held that whether a supplier's act or omission is a violation of the CSPA depends on how a reasonable consumer would view it.  Instead of considering a supplier's acts or practices as 'deceptive per se,' the test is whether the alleged act or practice 'has the likelihood of inducing a state of mind in the consumer that is not in accord with the facts.' . . .  Therefore, despite Grgat's argument to the contrary, R.C. 1345.02(B)(8) is not a strict liability statute."

Applying its interpretation of the statute to the facts alleged, the court of appeals agreed with the trial court that Giant Eagle did not engage in any deceptive conduct.

The undisputed evidence shows that when a customer buys lesser quantities of a product subject to a multi-unit pricing promotion, the customer is explicitly informed in writing of the unit price of a '10 for 10' type of promotion on the computer screen facing the customer when the product is scanned at the checkout before the customer pays for the item. . . .  The same per-unit, pro-rata cost of a particular sale item is also set out in writing in the customer's receipt."

Finally, the court found no violation by Giant Eagle based on Ohio Admin Code § 109:4-3-02, which states:

"(A)(1) It is a deceptive act or practice in connection with a consumer transaction for a supplier, in the sale or offering for sale of goods or services, to make any offer in written or printed advertising or promotional literature without stating clearly and conspicuously in close proximity to the words stating the offer any material exclusions, reservations, limitations, modifications, or conditions.  Disclosure shall be easily legible to anyone reading the advertising or promotional literature and shall be sufficiently specific so as to leave no reasonable probability that the terms of the offer might be misunderstood.

(2)  The following are examples of the types of material exclusions, reservations, limitations, modifications, or conditions of offers which must be clearly stated:

(g)  If there is a minimum amount (or maximum amount) that must be purchased for the advertised price to apply, that fact must be stated."

There was no violation here because there was no minimum or maximum amount that had to be purchased to receive the promotional price offered by Giant Eagle.

The plaintiff is attempting to appeal to the Ohio Supreme Court and filed his Memorandum in Support of Jurisdiction on December 16, 2019.  Mr. Grgat asserts that this is a matter of great general or public interest and makes one proposition of law -- "R.C. 1345.02(B) is a strict liability statute.  Suppliers who make any of the ten types of representations referred to within it in connection with a consumer transaction violate R.C. 1345.02(A) as a matter of law."  Giant Eagle filed its opposition on January 10, 2020.  Whether the Supreme Court will accept the appeal remains to be seen.

For more information on the OCSPA, please see the blog "The Ohio Consumer Sales Practices Act: What is it, Does it Apply to Me, and if it Does, What do I Stand to Lose?"