In business litigation, the available remedies of temporary restraining order and preliminary injunction offered by Civil Rule 65 can bring a distinct advantage for maintaining the status quo to preserve business interests. Often times, however, business litigants can overlook the essential requirement of posting a security bond as required by the Rule. This can lead to delay in operation of the order, alter the status quo, and adversely affect the rights of the plaintiff litigant. Accordingly, before injunctive relief is sought, counsel and the client must pay careful attention to the bond requirements of Rule 65(C), prepare to argue the bond amount, and have thorough preparation for the posting of cash or appropriate surety.

Rule 65(C) requires a party seeking relief for temporary restraining order or injunction to post security, either by surety bond or cash, to compensate the enjoined part for injuries that it may suffer if the order is ultimately determined to have been improperly granted. As stated by the Rule, and as required at common law, the injunction or restraining order does not become operative until such time as a security bond is posted. See Civil Rule 65(C); In re Cattell, 146 Oh. St. 112, 32 Ohio Op. 43, 64, N.E.2nd 416 (1945).

Ohio courts are, in fact, very strict in finding that injunctive relief does not become operative, and the opposing party is in no way restrained or enjoined, unless and until a security bond is posted. See Summers v. Moore, Case No. 80 X 19 (Washington Cty. App. July 30, 1981). In Summers, the trial court had granted plaintiff’s motion for a preliminary injunction and, with agreement of the parties, had required the posting of $300 as bond. The trial court ultimately denied permanent relief. But, the defendant’s motion to recover damages was dismissed because the $300 bond had never been posted. Since the bond was never posted, even though the defendant had obeyed the injunction order and may have been damaged thereby, the order had never become operative.

Essentially, the defendant was a volunteer and was never actually “enjoined.” The Washington County Court of Appeals affirmed the trial court’s denial of the motion and found that Ohio law is specific that no injunction is operative until such time as the required security is posted and approved.

In business litigation cases, bonds can range from a nominal amount, which should be posted immediately in cash even if one dollar, or well over $100,000 which likely will require a surety. Although most of Ohio’s largest metropolitan areas have sophisticated insurance agents who can arrange a surety bond, this extra step can itself take time. Sureties who have not previously done business with the plaintiff company may require a bank letter of credit or certified (audited or reviewed) financial statements before agreeing to post a bond. In addition, the sureties may require an underwriting process to analyze the potential risk. These additional steps, of course, can cost precious time. Moreover, the specific bond amount is set by the judge, or agreed to by the parties, at the time of the initial Rule 65 motion hearing or local rule conference. Accordingly, it is difficult, and sometimes impossible, to have a surety fix the precise amount of a bond, and the underwriting at cost thereof, before filing suit. All cases under Rule 65 involve emergency relief, any delay in this process can result in laches or risk altering the status quo.

At Faruki Ireland & Cox, P.L.L., our experienced and prudent business litigators will typically work with the client’s own insurance underwriters who provide director and officer insurance or corporate general liability, who are familiar with the business and its financial status, before proceeding to file for injunctive relief. Under those circumstances, immediately at the time the bond is affixed, even if into the hundreds of thousands of dollars, the surety can post the bond and make the injunctive operative without significant delay. Counsel experienced in handling injunction matters will review this crucial step with the business litigant in advance of heading to the courthouse. 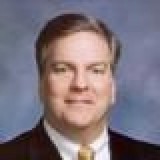