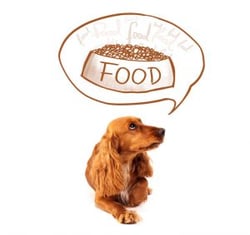 In my previous blog "Will the Court Dismiss the False and Deceptive Advertising Class Action Lawsuit Filed Against Rachel Ray's Pet Food Company?", I described the motion to dismiss that Rachel Ray Nutrish had filed and the plaintiff's subsequent response to that motion, and that it was in the hands of the judge to decide.  The plaintiff's complaint asserted a nationwide class action alleging that Rachael Ray Nutrish engaged in deceptive business practices and false advertising by advertising its products as "Natural" when "tests conducted by an independent laboratory revealed that glyphosate is present in the [dog food]."  (As most are probably aware, given the advertisements airing on TV right now, glyphosate is the chemical in Round-up that allegedly causes cancer in humans and has been the subject of numerous lawsuits and settlements).  On April 18, 2019, Judge Louis L. Stanton, U.S. District Court Judge in the Southern District of New York, issued his Opinion and Order ("Opinion") in which he granted Rachael Ray Nutrish's motion to dismiss, but with the caveat of allowing the plaintiff to amend if he so wished:  "Defendant's motion to dismiss the complaint . . . is granted, with leave to amend the claims of violations of the NYGBL and breach of express warranty."  Opinion, p. 17.

In granting Rachel Ray's motion to dismiss, the court first rejected the argument that the plaintiff's claims were preempted by the Nutrition Labeling and Education Act because the plaintiff was "not seek[ing] a requirement to disclose the presence of glyphosate, but rather '[was seeking] only that Rachael Ray Nutrish remove the word "Natural" from its marketing.'"  Opinion, p. 5.  But the court found that even though plaintiff's claims were not preempted, the claim for violation of New York General Business Law §§ 349 and 350 (deceptive acts, false advertising) still failed. "[Plaintiff] asserts that the Products contain trace amounts of glyphosate, but not that the Products are composed of unnatural ingredients.  Moreover, Plaintiff does not set forth in his complaint the amount of glyphosate in the Products or whether that amount is harmful or innocuous.  He argues that '[if] glyphosate is in the Products at any level . . . then the Products cannot be called "Natural." . . .  But a reasonable consumer would not be so absolutist as to require that "natural" means there is no glyphosate, even an accidental or innocuous amount, in the Products.'"  Opinion, p. 10.

Further, the court stated that to state a claim under the New York laws, the defendant must engage in conduct that is "materially misleading."  "'A material claim is one that involves information that is important to consumers and, hence, likely to affect their choice of, or conduct regarding, a product.' . . .  The presence of negligible amounts of glyphosate in a dog food product that do not have harmful, 'toxic,' or 'carcinogenic' effects is not likely to affect consumers' decisions on purchasing the product and is thus not material."  Opinion, p. 11.  The court specifically noted that plaintiff failed to state the amount of glyphosate that was allegedly found in the product tested and did not attach any exhibits supporting the allegation that the amount exceed a low level (although exhibits were referred to in the complaint).  Opinion, n.1.

The court also dismissed plaintiff's claims for breach of express warranty and unjust enrichment for the same above reasons.  And with respect to plaintiff's claim for injunctive relief, the court dismissed that claim as well, finding that the plaintiff did not have standing to seek injunctive relief because he did "not allege a risk of future harm, as he does not state that he or the proposed class members will purchase the Products in the future."  Opinion, p. 14.

Finally, the court addressed one more issue having to do with the plaintiff's nationwide class action allegations – whether it had personal jurisdiction over Rachel Ray Nutrish with respect to claims of non-New York residents who were injured outside of New York.  Highlighting that the courts throughout the nation are split over this particular issue, Judge Stanton decided to defer considering the issue "unless and until Plaintiff makes a motion for class certification."  Opinion, p. 16.

Because the court granted the motion to dismiss "with leave to amend," the plaintiff thereafter amended his complaint on May 24, 2019.  This amended complaint tried to address the problems Judge Stanton discussed in dismissing the original complaint. The plaintiff thus alleged that "Rachel Ray Nutrish knows and intends that when consumers see the product labels or advertisements promising the products are 'natural,' consumers will understand that to mean that the Products do not contains glyphosate residue, and that the 'natural' representation is material to consumers."  Amended Complaint, ¶ 45.  Plaintiff alleged that the presence of glyphosate was material given "[o]ver the past several years, consumers have become increasingly conscious of the potential detrimental health effects of biocides such as glyphosate. Recent high-profile decisions against the producers of glyphosate have made consumers more aware than ever of the potential effects of this biocide in particular."  Amended Complaint, ¶ 47.  With respect to the problem of the actual amount of glyphosate in the Rachel Ray Nutrish products, the plaintiff alleged that the testing of the particular Rachel Ray Nutrish product in New York "detected the presence of glyphosate at the level of 19.85 ppb [parts per billion] and . . . an 'effective glyphosate level' of 42.08 ppb." (Amended Complaint, ¶ 53) and that these amounts "exceed the levels found to cause adverse health effects in some of the studies referenced [in the amended complaint]."  Amended Complaint, ¶ 54 (emphasis in original).  Finally, the plaintiff limited his proposed class action to include only New York consumers, thus, not a nationwide class action, (Amended Complaint, ¶ 71) and instead of making an independent claim for an injunction, the plaintiff requested injunctive relief in the form of a "court-ordered corrective advertising campaign to inform the public of the true nature of the Products [because] [e]ven today, members of the proposed Class are purchasing the misrepresented Products, and they will continue to do so in the future unless Rachael Ray Nutrish's conduct is stopped."  Amended Complaint, ¶ 15.

Plaintiff's Amended Complaint spurred another Motion to Dismiss filed by Rachael Ray Nutrish.  Rachel Ray Nutrish argued that the plaintiff "doubled down" (Memo in Support, p. 8) on his previous approach:  "[e]ven with the opportunity to re-plead, Plaintiff has not fixed the flaws of the Original Complaint. Instead, he has only re-affirmed that the supposed glyphosate in the . . . pet foods is a trace amount far below the U.S. Food and Drug Administration's ('FDA') tolerances.  Indeed, he alleges that unspecified '[i]ndependent laboratory testing' of an unidentified recipe of pet food allegedly 'detected the presence of glyphosate at the level of 19.85 ppb and found an "effective glyphosate level" of 42.08 ppb' . . . (citing a non-existent 'Exhibit A').  But even assuming these allegations are true, 19.85 parts per billion ('ppb') and 42.08 ppb are innocuous.  As FDA tolerances speak only in terms of parts per million of glyphosate, this equates to 0.01985 ppm and an 'effective glyphosate level' of .04208 ppm.  It is a minuscule, trace amount of glyphosate far below the 400 ppm or .005% of the FDA tolerance for glyphosate residue in animal feed. . . . For this reason alone, the [Amended Complaint] must be dismissed in its entirety because this Court has recognized like other courts that it is simply '"implausible that a reasonable consumer would believe the product labeled ['Natural'] could not contain a trace amount of glyphosate that is far below the amount" deemed tolerable by the FDA.'"  Memo in Support, pp. 1-2.  In the alternative to complete dismissal of the case, Rachel Ray Nutrish argued for a stay of the case under the primary jurisdiction doctrine, pending the EPA and FDA's completion of their consideration of the meaning of the word "natural" and the tolerance levels of glyphosate.

Plaintiff filed an opposition to the second motion to dismiss and Rachel Ray Nutrish filed its reply so all briefing was complete on September 17, 2019.  The matter is once again in the hands of Judge Stanton.