A Second Swipe of the Settlement Card: Approval Pending in the In re Payment Card Interchange Fee and Merchant Discount Antitrust Litigation 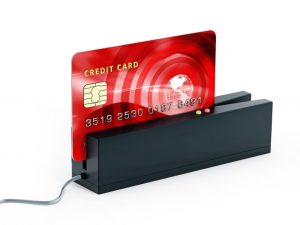 A little more than two years after the Second Circuit Court of Appeals vacated a class-wide settlement because the class plaintiffs were "inadequately represented" in violation of the Federal Rules of Civil Procedure and the constitutional Due Process Clause and because the settlement was unreasonable and inadequate the parties are trying again to settle part of this massive Sherman Act antitrust class action, In re Payment Card Interchange Fee and Merchant Discount Antitrust Litigation, E.D.N.Y. MDL No. 1720.  (Click here to view Second Circuit Opinion.)  On September 18, 2018, the Class Plaintiffs filed a Memorandum in Support of Rule 23(b)(3) Class Plaintiffs' Motion for Class Settlement Approval ("Memorandum in Support").  (See Memorandum in Support here.)  Included with the memorandum was the 284-page Superseding and Amended Definitive Class Settlement Agreement of the Rule 23(b)(3) Class Plaintiffs and the Defendants.  (Click here to view full Settlement Agreement.)  In this proposed settlement, the Plaintiff Class will receive "as much as approximately $6.26 billion but no less than approximately $5.56 billion" in exchange for "releasing claims that have accrued or that accrue no later than five (5) years following the Court's approval."  But will this second attempt, which "creates the largest ever class settlement fund in an antitrust action" pass muster?  Counsel appear hopeful as this new proposed settlement agreement attempts to address -- or avoids altogether -- the concerns raised by the Second Circuit when it vacated the first settlement.

This history of this case is long.  "The first of more than 40 class complaints was filed in June 2005."  Memorandum in Support, p. 2.  Later that same year, all related class action antitrust cases were consolidated in this multi-district litigation and "[t]he Court appointed three firms as Co-Lead Counsel for both Rule 23(b)(2) [injunctive relief] and (b)(3) [monetary damages] classes."  Id. at 3.  At a high level, the class action complaints, brought on behalf of 12 million merchants, alleged that Visa U.S.A. Inc. ("Visa") and MasterCard International Incorporated ("MasterCard"), along with various issuing and acquiring banks, engaged in a conspiracy in violation of Section 1 of the Sherman Act by, among other things, charging a "default interchange fee" on every transaction, requiring merchants to "honor all cards" regardless of the differences in interchange fees, charging different prices based on the method of payment, and prohibiting merchants from steering customers to use one type of payment or card over another. (A side note:  The U.S. Supreme court recently held that anti-steering provisions do not violate the antitrust laws, Ohio v. American Express Co., No. 16-1454, slip. op. (U.S. June 25, 2018)).  (See U.S. Supreme Court Opinion here.)  The merchants alleged that all these network rules allowed banks to charge an artificially-inflated interchange fee (or a fee at a "supra-competitive rate") which merchants had to accept because it was locked in via the default interchange fee.

The parties first reached a settlement in 2012, seven years after the first complaint was filed.  As described by the Second Circuit in its opinion (pp. 11-12) vacating that proposed settlement (click here for Second Circuit Opinion), this first "[s]ettlement [a]greement divide[d] the plaintiffs into two classes:  one – the Rule 23(b)(3) class – cover[ed] merchants that accepted Visa and/or MasterCard from January 1, 2004 to November 28, 2012; the other – Rule 23(b)(2) class – cover[ed] merchants that accepted (or [would] accept) Visa and/or MasterCard from November 28, 2012 onwards forever.  The former class would be eligible to receive up to $7.25 billion in monetary relief; the latter would get injunctive relief in the form of changes to Visa's and MasterCard's network rules.  Because of the difference between Rule 23(b)(3) and Rule 23(b)(2), members of the first class (which [would] receive[] money damages in the settlement) could opt out, but members of the second, forward-looking class (which [would] receive[] only injunctive relief) could not."  In addition,  the settlement agreement provided that all of the injunctive relief would terminate on July 20, 2021.

In return, the class "plaintiffs [we]re bound by a release that waive[d] any claims they would have against the defendants for:  all of the conduct challenged in the operative complaint, all other policies and practices (concerning credit card transactions) that were in place as of November 27, 2012, and any substantially similar practices they [may] adopt in the future.  While the injunctive relief for the (b)(2) class w[ould] expire on July 20, 2021, this release ha[d] no end date.  It [would] operate[] in perpetuity, provided only that Visa and MasterCard ke[pt] in place the several rules that were modified by the injunctive relief provided to the (b)(2) class (including, inter alia, permitting merchants to surcharge), or impose[d] rules that [were] substantially similar to the modified rules.  That is, after July 20, 2021, for as long as Visa and MasterCard elect[ed] to leave in place their network rules as modified by the [s]ettlement [a]greement or adopt[ed] rules substantially similar thereto, the defendants [would] continue to enjoy the benefit of the release as to all claims the plaintiffs potentially had against the defendants for any of the network rules existing as of November 27, 2012." Opinion, pp. 13-14.

In finding that the first settlement agreement had to be vacated because class members in the (b)(2) injunctive relief class were "inadequately represented" in violation of both Rule 23(a)(4) and the Due Process Clause, the Second Circuit identified the shortcomings that made the settlement "unreasonable and inadequate," including:

Now, the most recent proposed Settlement Agreement (Click for Agreement) attempts to correct some of these inadequacies by, for the most part, avoiding them altogether.  First, by its very title, this proposed settlement is different than the one struck down by the Second Circuit because it involves a settlement of only one class – the Rule 23(b)(3) monetary damages class, and not the Rule 23(b)(2) injunctive relief class.  Second, the District Court appointed separate counsel to represent the injunctive relief Rule 23(b)(2) class, so there was no longer unitary representation of the two classes with divergent interests.  Third, the settlement of the 23(b)(3) class claim is not contingent on the resolution of the 23(b)(2) injunctive relief class action.  Fourth, the class is limited to merchants that accepted Visa or MasterCard cards between January 1, 2004 and the Settlement Preliminary Approval date, and class members have full opt out rights.  Fifth, the release has changed – it is limited in scope to "only those claims arising out of or relating to conduct or acts that were alleged or raised or that could have been alleged or raised relating to the subject matter of this action."  And, the release is limited in duration, terminating and permitting merchants to again challenge the conduct released in this case for claims that start accruing five years after … the date when the settlement becomes final after any appeal."

The settlement agreement is currently before the District Court for "preliminary approval."  Thus, it is still in the early stages, so to speak, subject to objections and perhaps another appeal to the Second Circuit.  It took four years for the first settlement to go through the process.  It may well take another four years for this one too.

UPDATE:  On October 4, 2018, the First Circuit denied the plaintiffs' petition for panel rehearing.