Collision on the 101: Federal Circuit Ruling Reveals Sharp Split in Views on the Patent Eligibility Test 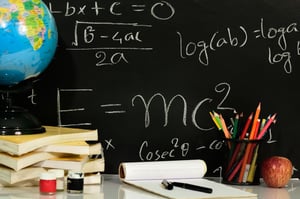 On July 31, an evenly-divided Federal Circuit Court of Appeals declined to review en banc the controversial decision in American Axle & Mfg., Inc. v. Neapco Holdings, LLC, 2019 U.S. App. LEXIS 39385 (Fed. Cir. Oct. 3, 2019), in which a three-judge panel of the Federal Circuit invalidated patent claims on the ground that they were not for a patent-eligible subject matter. The panel decision from October 2019 has drawn considerable attention (according to one Federal Circuit judge, it "has sent shock waves through the patent community," American Axle, 2019 U.S. App. LEXIS 39385, at *40 (Moore, J., dissenting)) for invalidating, as being improperly directed to a "natural law," a seemingly run-of-the-mill utility patent claiming a method of manufacturing an automotive driveshaft. If the Supreme Court, like the Federal Circuit sitting en banc, declines to review American Axle, then the result may be an increased use of the "eligibility" defense in patent litigation, as well as more uncertainty as to its scope.

35 U.S.C. Section 101 lists the subjects eligible for a patent, stating broadly that, subject to the remaining requirements of Title 35, "any new and useful process, machine, manufacture, or composition of matter, or any new and useful improvement thereof," is patentable. There is an "implicit exception" to Section 101's broad scope, in that one cannot patent "'laws of nature, natural phenomena, [or] abstract ideas.'" Mayo Collaborative Servs. v. Prometheus Labs., 566 U.S. 66, 70 (2012) (citation omitted).

Rarely (if ever) does anyone attempt to patent a naturally-occurring substance; the cases on eligibility therefore arise from the part of Section 101 allowing patents on a "process." Process patent claims are commonly drafted as claims to a "method," with the method comprising a series of steps described with "-ing" verbs. If the method is not tied to manipulation of physical objects, then it can be vulnerable to challenge on Section 101 grounds, particularly if it is a method performed on a computer. In Alice Corp. Pty. Ltd. v. CLS Bank Int'l, 573 U.S. 208 (2014), for instance, the Supreme Court concluded that a method comprising "a computer-implemented scheme for mitigating 'settlement risk' (i.e., the risk that only one party to a financial transaction will pay what it owes) by using a third-party intermediary," id. at 212, was an unpatentable abstract idea.

In Mayo, the "natural law" part of the implicit exception was invoked by the Court to invalidate a method claim. The method was essentially to increase the dosage of a drug when the measured level of a metabolite is < x and decrease the dosage when the level is > y. 566 U.S. at 74-75. The Court held that the claim was an improper attempt to patent the natural phenomena of the level of metabolites in a patient's blood correlating with certain drugs' effectiveness in treating autoimmune diseases. Id. at 73-75.

Together, Mayo and Alice established the current, two-part test used for determining whether a claim seeks coverage of ineligible subject matter, the first (vague) step of which is to "determine whether [the patent is] directed to . . . [a] patent-ineligible concept[]." Alice, 573 U.S. at 217. The second (even more vague) step is "a search for an 'inventive concept'" in the patent claims to "'ensure that the patent in practice amounts to significantly more than a patent upon the [ineligible concept] itself.'" Id. at 217-18 (quoting Mayo).

The patent at issue in American Axle would seem an unlikely candidate for Section 101 scrutiny, since it did not involve biotechnology or a computer-implemented formula but rather the mechanical arts, in that it claimed a "method for manufacturing driveline propeller shafts ('propshafts') with liners that are designed to 'attenuat[e] . . . vibrations transmitted through a shaft assembly.'" American Axle, 2019 U.S. App. LEXIS 39385, at *2, 6-7. (Specifically, the patent claimed: "[a] method for manufacturing a shaft assembly of a driveline system, . . . the method comprising: providing a hollow shaft member; tuning a mass and stiffness of at least one liner; and inserting that at least one liner into the shaft member . . . .")

The defense nevertheless argued Section 101 invalidity, on the ground that the claims were directed to "Hooke's law," and that they lacked a redeeming "inventive concept" under part two of the Alice/Mayo test. The district court agreed, and so did a panel of the Federal Circuit on appeal. The patent owner petitioned for rehearing en banc. As less than a majority (six) of the twelve active judges of the Federal Circuit were in favor of a rehearing, the petition was rejected pursuant to Federal Rule of Appellate Procedure 35(a).

Unusually, though, the petition prompted five opinions, two against rehearing and three in favor. Judge Dyk, in his opinion declining en banc review, stated that it was clear the claims at issue were directed to Hooke's law, which has to do with the relationship between an "object's frequency of vibration" and "its mass and stiffness." American Axle & Mfg., Inc. v. Neapco Holdings, LLC, 2020 U.S. App. LEXIS 24216, at *8-9 (Fed. Cir. July 31, 2020). While the claim does not specifically name Hooke's law, "the name is immaterial," as "[t]he Supreme Court has not required reciting the natural law by name." Id. at *9. Judge Chen's opinion agreed that it was "undisputed" that the claim requires tuning "mass and stiffness to match frequency, which is the very formula for Hooke's law." Id. at *21.

Both of the opinions of the judges declining review acknowledged the Alice/Mayo test, but they then relied more heavily on the venerable case O'Reilly v. Morse, 56 U.S. (15 How.) 62 (1853), with Judge Chen asserting that the panel decision was "a straightforward application" of O'Reilly (2020 U.S. App. LEXIS 29216, at *12), and referring to an "O'Reilly test." (id. at 17, 20). In O'Reilly, the Court had held a claim of Samuel Morse's patent on the telegraph invalid because it expressly claimed coverage of any use of the principle of electromagnetism to transit intelligible characters, without limitation to "specific machinery or parts of machinery." Id. at 15. Similarly, according to Judges Chen and Dyk, the patent at issue in American Axle claimed a "result" without explaining how to achieve it. Id. at *7 n.2, 18.

Dissenting from the decision to deny review, Judge Newman contended that the panel "does not explain how Hooke's formula F=kx for the compression of springs" makes the claim ineligible, since it is directed to an "automotive driveshaft, not . . . an abstract idea or law of nature or mathematical formula." Id. at *32, 34. Judges Stoll and O'Malley, also dissenting from declining review, agreed with the dissenting judge on the panel, Judge Moore, who had argued that the majority had created a new test, which Judge Moore called "the Nothing More test," 2019 U.S. App. LEXIS 39385, at *37, in that the panel found the patent claimed the result of attenuating vibration, which is achieved solely through a operation of natural law (Hooke's law), and "nothing more" than that, id. at 49. See 2020 U.S. App. LEXIS 24216, at *38 (Judge Stoll's opinion); id. at *52 (Judge O'Malley's opinion).

There are several key takeaways from the opinions produced by the American Axle litigation:

1.     The two-part Alice/Mayo test is easy to state, but difficult to apply, and it may be turning into a one-part test. The first part of the test, whether a claim is "directed to" a natural law or abstract idea, is fairly meaningless as a screening device, if, as in American Axle, the "directed to" prong is met when the law is not stated in the claim but merely underlies the claim. "[A]ll inventions at some level embody, use, reflect, rest upon or apply laws of nature, natural phenomena, or abstract ideas." Mayo, 566 U.S. at 71. As Judge Moore's dissent recognized, the two-part test therefore would seem to collapse into a single question: does the a claimed method add an "inventive concept" to the abstract idea or natural law underlying the method, as opposed to adding "nothing more" to the abstract idea or natural law?

2.     The case continues the trend of blurring the distinction between the eligibility requirement of Section 101 and the other patentability requirements of Title 35. The cases applying the second part of the Alice/Mayo test tend to find that an "inventive concept" is lacking when the method's use of technology is "conventional." Solutran, Inc. v. Elavon, Inc., 931 F.3d 1161, 1169 (Fed. Cir. 2019); Ultramercial, Inc. v. Hulu, LLC, 772 F.3d 709, 715 (Fed. Cir. 2014); Mayo, 566 U.S. at 79 ("well understood, routine, conventional activity" in the method not enough to show use of an inventive concept beyond the application of the natural law). However, that analysis seems to import into Section 101, and render redundant, the "novelty" and "non-obviousness" requirements of Sections 102 and 103, respectively.

Likewise, in American Axle, the decision seems to import into Section 101 the "enablement" requirement of 35 U.S.C. Section 112 (i.e., the patent, before its list of claims, must set forth "a written description of the invention, and of the manner and process of making and using it, in such full, clear, concise, and exact terms as to enable any person skilled in the art to which it pertains, or with which it is most nearly connected, to make and use the same.").  The panel decision in American Axle denied it was mixing eligibility and enablement, arguing that there are two distinct "how" requirements in patent law: i) how a result is achieved by some "concrete action" set forth in the claim (which is required for eligibility) and ii) how to perform the claimed method (which is the enablement requirement). 2019 U.S. App. LEXIS 39385, at *31-32. Judge Moore in dissent was unpersuaded, saying that the majority had "inject[ed] a heightened enablement requirement into the [Section] 101 analysis" (id. at *70) and "imbued [Section] 101 with a new superpower -- enablement on steroids" (id. at *38).

3.     The Supreme Court could take the case to re‑evaluate the test for patent eligibility, although the Court has avoided speaking on the issue since Mayo. In a recent blogpost, Paul Michel, the retired, former Chief Judge of the Federal Circuit, while lamenting his former court's "expanding [of] the ever-evolving doctrines of eligibility first to all medical diagnosis methods, then to many computer-implemented inventions, and now even to mechanical inventions like a method of manufacturing to reduce vibrations in a vehicle axle," noted that all 48 petitions for certiorari on Section 101 issues filed since Mayo have been denied. However, the unusual number of opinions generated at the rehearing stage, and the fact that there was an even 6-6 split of appellate judges, some of whom claim that the decision raises "serious substantive concerns" (2020 U.S. App. LEXIS 24216, at *54; Judge O'Malley's opinion, joined by Judges Newman, Moore and Stoll), may in this instance convince the court to take another look at its Mayo holding.