Amazon’s First Amendment Arguments in its Response to a Subpoena for a Murder Suspect’s Echo Recordings are Punted for Another Day, Another Case 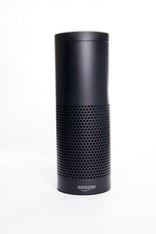 On February 17, 2017, Amazon filed a 91-page memorandum of law in support of its motion to quash a subpoena by Bentonville Arkansas police in a murder investigation. Memorandum of Law in Support of Amazon's Motion to Quash Search Warrant, State of Arkansas v. James Bates, No. CR-2016-370-2 (Ark. Cir.  Feb. 17, 2017).  The issue of whether or not Amazon would turn over the recordings from the murder suspect's Amazon Echo (also known as Alexa) was resolved when the suspect agreed to turn over the recordings to the police.  Eliott C. McLaughlin, Suspect Oks Amazon to hand over Echo recordings in murder case, CNN (March 7, 2017, 11:50 AM).  Amazon's memorandum of law raises First Amendment concerns that are likely to resurface in later cases given the prevalence of this type of technology.

On the morning of November 22, 2015, a man named Victor Collins was found dead in a back patio hot tub at the residence of James Bates.  Amazon's Memorandum, Exhibit B Affidavit for Search Warrant.  According to police, Victor Collins, James Bates and two other friends had been drinking and watching an Arkansas Razorback football game on the night of November 21, 2015.  Id.  James Bates, the murder suspect and the owner of the Echo in question, went to bed at 1:00 AM, leaving Victor Collins and one other friend outside in the hot tub.  Id.  Bates woke up the next morning, found the body of Victor Collins, and called the police.  Id.  According to James Bates' attorney, Kathleen Zellner (an attorney for Steve Avery who appears in Netflix's "Making a Murderer"), James is innocent.  Eliott C. McLaughlin, Suspect Oks Amazon to hand over Echo recordings in murder case.

During their investigation, Bentonville Police learned that Bates' Amazon Echo device was used to play music the night/morning of the murder.  Amazon's Memorandum, Exhibit B.  According to the Bentonville Police, "[t]he Amazon Echo device is constantly listening for the 'wake' command of 'Alexa' or 'Amazon,' and records any command, inquiry, or verbal gesture given after that point, or possibly at all times without the 'wake word' being issued, which is uploaded to Amazon.com's servers at a remote location.  It is believed that these records are retained by Amazon.com and that they are evidence related to the case under investigation."  Id.  Police hope that the Amazon Echo recordings capture conversations or other sounds that could be used as evidence in the case.  Id.

Amazon's Law Enforcement Response Team Manager Jeff Stanford states no audio recordings of a user's voice are stored on the device. Amazon's Memorandum, Exhibit 3 Affidavit of Jeff Stanford.  When the Echo hears the customer's chosen wake word (Alexa, Amazon, Echo, or Computer), "Echo connects remotely to the Alexa Voice Service – Amazon's intelligent personal assistant – and transmits audio to the Alexa Voice Service in the cloud to process and respond to the user's request."  Id.  An audio recording and a transcript of the request is stored on Amazon's servers.  Id.  Jeff Stanford assures that "[a]ll data is protected during transmission and securely stored."  Id.  Stanford also points out that Echo customers can access and view all voice interactions through one of several means and customers have the ability to delete any or all past recordings.  Id.

In its attempt to protect customer privacy, Amazon's asked the Arkansas court to engage in a three-pronged analysis with respect to the Amazon Echo recordings.  Amazon's Memorandum at 2.  First, Amazon asks the court to accept that Amazon Echo recordings deserve First Amendment protections.  Amazon argues that searching an Echo's recording "is not the same as searching a drawer, a pocket, or a glove compartment" but rather allows those with access to "reconstruct '[t]he sum of an individual's private life.'"  Id. at 9, quoting Riley v. California, 134 S. Ct. 2473, 2489 (2014).  Particularly interesting in Amazon's memorandum is Amazon's argument that Amazon's first amendment speech is implicated.  Amazon contends that Alexa's responses themselves constitute Amazon's First Amendment-protected speech.  Amazon's Memorandum at 9.  "Alexa's decision about what information to include in its response, like the ranking of search results, is 'constitutionally protected opinion' that is 'entitled to full constitutional protection.'"  Id. at 11, quoting Search King, Inc. v. Google Tech., Inc., 2003 WL 21464568, at *4 (W.D. Okla. May 27, 2003).  After all, "[a]bsent such protection for customers to seek and obtain expressive content, 'the free flow of newsworthy information would be restrained and the public's understanding of important issues and events would be hampered in ways inconsistent with a healthy republic.'"  Amazon Memorandum at 14, quoting Ashcraft v. Conoco, Inc., 218 F.3d 282, 287 (4th Cir. 2000).

Second, once the court accepts that there are First Amendment implications associated with Echo recordings, the court must "require the State in the first instance to make a heightened showing of relevance and need for any recordings.  Specifically, the State must demonstrate: (1) a compelling need for the information sought, including that it is not available from other sources; and (2) a sufficient nexus between the information and the subject of the criminal investigation."  Amazon's Memorandum at 2. Third, if the court does find that law enforcement has made a prima facie showing of the heightened need, the Court should review the findings in camera to determine whether the heightened standard for disclosure is actually met.  Id. at 3.

Although James Bates has relieved Amazon from protecting his privacy (thereby leaving Amazon's arguments unanswered), Amazon's actions in this case support Amazon's claim that it "takes very seriously any attempts to invade the privacy of its customers."  Id.  "Amazon advises customers of its privacy practices – including that Amazon does not voluntarily share its customers' product choices – in a Privacy Notice linked at the bottom of nearly every page on Amazon's website."  Id. at 3.  For more on privacy, see "The Humanity in Privacy" and "Alexa: Please Conduct a Personal Privacy Impact Assessment" by Scot Ganow.