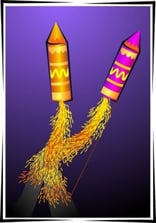 Fireworks, football, the First Amendment and privacy have converged in a lawsuit filed by New York Giants defensive end Jason Pierre-Paul against ESPN and its reporter Adam Schefter on February 24, 2016.  Jason Pierre-Paul alleges that ESPN violated a Florida statute that prohibits disclosure of medical records without the consent of the patient (Fla. Stat. 456.057) and invaded his privacy when ESPN reporter Adam Schefter posted a picture of Pierre-Paul's medical record on Twitter.  Pierre-Paul originally filed suit in Florida state court, but ESPN successfully removed the case to the United States District for the Southern District of Florida.  Currently, the case is subject to a pending motion to dismiss filed by ESPN on April 7, 2016, and later joined by Schefter.  Pierre-Paul filed his opposition to the motion to dismiss on May 5, 2016.

So, what is this case about and why is it so interesting? When a sports media giant (no pun intended) is sued by a well-known and famous New York Giant for privacy violations, in a day and age in which social media makes privacy actually difficult to maintain, is there a viable claim of wrongdoing?  ESPN does not think so, but Pierre-Paul argues that his claims at least survive the dismissal stage where the court must accept as true all allegations made by the plaintiff, in this case Jason Pierre-Paul.

In July 2015, it was reported nationally that Jason Pierre-Paul injured his hand shooting off fireworks in a Fourth of July celebration.  At the time the incident was first reported, the injury did not appear to be too bad and certainly not career-ending.  But only days later on July 8, 2015, Adam Schefter shared on his Twitter account (which has four million followers) Pierre-Paul's medical record.  Mr. Schefter's tweet included a picture of the actual record and stated "ESPN obtained medical charts that show Giants DE Jason Pierre-Paul had right index finger amputated today.").  The injury apparently was far worse than initially reported and ultimately resulted in Pierre-Paul losing the franchise tag that the New York Giants had offered him prior to the accident.  (For Pierre-Paul's account of the accident and his life since it happened, see an April 12, 2016 SI.com article "Exclusive:  Jason Pierre-Paul relives explosion that destroyed his hand.").

Jason Pierre-Paul now has sued ESPN and Schefter claiming that they violated a Florida statute that prohibits disclosure of medical records without the patient's consent and invaded his privacy when Schefter posted a picture of his medical record on Twitter. ESPN and Schefter have moved to dismiss the entire complaint on numerous grounds including that the First Amendment protects truthful speech that is a matter of public concern.

With respect to Pierre-Paul's claim that ESPN violated Fla. Stat. § 456.057(11), in addition to the basic argument that the statute does not create a private right of action similar to HIPAA, ESPN counters that the statute actually does not apply to the general public including members of the media, but only applies to a limited category of persons, such as physicians and health care providers. ESPN makes a statutory construction argument that although the statute prohibits a health care provider from disclosing medical records without the patient's consent, there are exceptions that allow disclosure to certain categories of third-parties even if the patient does not consent.  According to ESPN, therefore, the statutory provision on which Jason Pierre-Paul bases his claim (Fla. St. § 456.057(11)) only applies to the enumerated third-parties that are permitted by the statute to obtain records without the patient's consent; these third-parties are the only ones that are then prohibited from further disclosing the information to anyone else.  ESPN further argues that ESPN and journalists who obtain the information are not subject to the statute because they are not the third-parties to whom the statute applies.  Thus, while the physician and hospital employees who leaked Jason Pierre-Paul's information to the public may have violated the Florida statute (in fact, two hospital employees where Jason Pierre-Paul had his surgery were fired for disclosing information and lawsuits against them have settled) ESPN and Schefter are not liable because the statute does not apply to them and does not restrict speech of the public at large.

Indeed, ESPN and Schefter argue that Pierre-Paul's interpretation of the Florida statute "would violate the First Amendment by prohibiting the publication of truthful information relating to a matter of public concern." It is well-settled that the First Amendment protects the reporting of lawfully obtained truthful information about a matter of public significance. Florida Star v. BJF, 491 U.S. 524, 533 (1989).  Thus, according to ESPN and Schefter, the "press may not be held liable for allegedly violating a state-law confidentiality provision by publishing accurate information about a matter of public significance."  This same principle disposes of Jason Pierre-Paul's invasion of privacy claim as well, according to ESPN, because under Florida law the First Amendment privilege applies if the subject of the article is a matter of public concern or in the public interest.  ESPN asserts that Jason Pierre-Paul conceded, or at least did not and cannot dispute, that the matter was one of public concern.

Finally, ESPN goes on the offensive against Pierre-Paul by claiming that it is entitled to its attorney's fees because the lawsuit is a meritless suit targeting the free speech rights of journalists under Fla. Stat. § 768.295.  In order to deter the filing or to advance the expeditious resolution of frivolous "SLAPP" suits ("Strategic Lawsuits Against Public Participation"), this statute provides for payment of attorney's fees to the defendant if the lawsuit fails to survive a dispositive motion.

On May 5, 2016, Jason Pierre-Paul filed a memorandum opposing ESPN and Schefter's motion to dismiss. In his opposition, Pierre-Paul focuses on his invasion of privacy claim, emphasizing that he has alleged in his Complaint all of the facts necessary to state a claim:  (1) the publication (2) of private facts (3) that are offensive and (4) are not of public concern.  Jason Pierre-Paul bolsters his argument that the medical record was not a matter of public concern by attaching to his opposition a full 13 pages of Schefter's Tweet and the public's comments following it, in an effort to demonstrate community outrage and disgust that Schefter would display a picture of Jason Pierre-Paul's private medical chart.

Pierre-Paul also takes aim at ESPN and Schefter's argument that the information was of legitimate public concern, by pointing out that ESPN and Schefter do not explain why the medical record itself is a matter of public concern. He bolsters this argument by relying on Schefter's own statements, which Pierre-Paul contents demonstrates Schefter's admissions that the records were in fact not newsworthy – Schefter stated that he posted the picture not because it was news but because it was supporting proof of his news report.  Jason Pierre-Paul also attacks Schefter's alleged disregard for privacy of medical records by noting that Schefter cavalierly stated that the record that he posted on Twitter did not appear to have anything in it that "could be considered sensitive," despite the fact that it showed far more information than the amputation of a finger and even included medical information about someone other than Jason Pierre-Paul.

Jason Pierre-Paul argues that Fla. Sta. § 456.057 applies and creates a private right of action, disputing ESPN and Schefter's interpretation of the language of the statute. He argues that the First Amendment does not bar his claim for all the various reasons it does not defeat his invasion of privacy claim and because the Florida Supreme Court has held that the statute does not violate First Amendment.

Finally, in a no-holds-barred attack, Jason Pierre-Paul argues that ESPN and Schefter are not entitled to attorney's fees under the Florida Anti-SLAPP statute because his claims are not meritless given that ESPN and Schefter unlawfully obtained his medical chart that was prohibited from disclosure and which was not newsworthy. Jason Pierre-Paul even goes so far to point out that ESPN's counsel also represented the website Gawker in an invasion of privacy case brought against it by "Hulk Hogan" for posting a video of sexual activity, a case in which the jury awarded "the Hulk" $140 million in damages.  While not really relevant for purposes of the motion to dismiss, these references to ESPN's counsel losing an earlier invasion of privacy case indicate that this case is likely to get nastier and more heated as it goes on.  Indeed, the fireworks that started this whole thing may not be the only "fireworks" should this case proceed to trial.

Briefing is now complete on ESPN and Schefter's motion to dismiss and it will be up to the judge to decide whether the case will proceed further. Some of the questions the court will have to decide include (1) does the Florida statute create a private right of action, (2) are reporters and the news media subject to the prohibition against disclosure of medical records if they do not obtain the records pursuant to the statute, (3) does the First Amendment limit the applicability of the Florida statute, (4) did ESPN and Schefter obtain the medical records unlawfully, (5) does the First Amendment apply even if the medical records were not lawfully obtained (6) was Jason Pierre-Paul's medical record a matter of public concern or newsworthy such that the First Amendment bars any invasion of privacy claim, and (5) does the Florida Anti-SLAPP statute apply.  It will be interesting to see how this case unfolds as the summer moves on and the NFL gets ready to play and ESPN gets ready to broadcast games again in the fall.