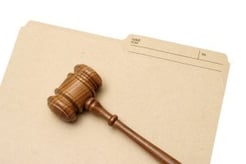 Faruki attorney Christopher Hollon, representing The Cincinnati Enquirer, successfully moved to intervene and unseal the record of a Kentucky circuit court case that involved a sitting state court judge as a party.  The Enquirer argued that the record, which had been sealed by agreement of the parties, should be open to public scrutiny pursuant to federal and state constitutional law, and as a matter of Kentucky common law.  Following briefing and argument, the Court sided with The Enquirer and decided to unseal nearly the entirety of the record.  See Opinion and Order.

In addition to his business litigation and regulatory practice, Christopher advises and represents media clients in disputes involving access to public records, public meetings, and court proceedings.  He is the current chair of the Ohio State Bar Association Media Law Committee.