Chief Wahoo In The Spotlight 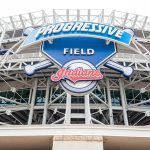 First, coinciding with the team's playoff series against the Toronto Blue Jays, a Canadian court denied an attempt to bar the use of Chief Wahoo and the Indians' team name in the Ontario province of Canada. [1]  The plaintiff had sought an injunction to stop Major League Baseball and the Blue Jays' broadcaster/stadium owner from being able to use the team's name and logo.  Similar to the "People Not Mascots" petition discussed in my prior blog, the plaintiff argued that the name and logo are racist and discriminatory under Canadian law.  A human rights complaint filed by the same plaintiff in Canada's Human Rights Tribunal is still pending.

Second, the Cleveland Indians made it to the World Series for the first time since 1997, when they lost to the Florida Marlins. Although the team lost yet again, the increased media attention -- and the fact that the Indians played the Chicago Cubs in the Cubs' first World Series appearance since 1945 -- also increased attention to the Chief Wahoo controversy.  [2]  Naturally, the Indians' merchandise sales have been bolstered by the team's winning ways on the baseball diamond.  Merchandise sales and public opinion may end up playing a bigger part in the decision to retire Chief Wahoo and the Indians' name than the legal battles.  For instance, losing trademark registration would not prevent the team from using the Chief Wahoo logo.

Third, and most important from a legal perspective, the U.S. Supreme Court recently granted certiorari to hear the In re Tam case, which I discussed in my earlier blog article. Lee v. Tam, Case No. 15-1293.  The issue presented is whether the disparagement provision in the Lanham Act allows the government to refuse registration of disparaging marks, or if that provision is invalid under the Free Speech Clause of the First Amendment.  [3]  Notably, the In re Tam case is distinguishable from the Chief Wahoo (and Washington Redskins) dispute because In re Tam involves a trademark application, as opposed to cancelling an already-registered trademark.  However, the Supreme Court's decision could decide -- or at least provide guidance on -- that issue as well.

The waiting game for Chief Wahoo continues. In the meantime, the Indians will keep cashing in on their recent on-field success.