The Supreme Court Allows Lost Profits on Foreign Sales as Damages for Infringement of a U.S. Patent 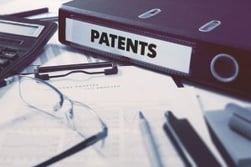 A United States patent gives the owner certain patent rights, including the right to sue for damages for infringement.  It has been generally understood that U.S. patent rights end at the border; to obtain similar rights in a foreign country, the owner would also have to obtain a patent in that foreign country.  However, it was recently successfully argued to the Supreme Court that a U.S. patent owner could recover damages on a U.S. patent for defendant's activities abroad.

On June 22, 2018, in WesternGeco LLC v. Ion Geophysical Corp., the Supreme Court ruled that the presumption that federal statutes have no extraterritorial effect did not apply to a statute defining infringement of a U.S. patent; therefore, the plaintiff was not precluded from recovering damages arising out of the defendant's activities outside the United States in a lawsuit for infringement of a U.S. patent.  While the Court limited its ruling to a specific category of patent infringement, it is an open question now whether the Court's reasoning in WesternGeco undermines the rationale for applying a geographic limit on recovery of patent damages in other contexts as well.  However, it is also questionable to read the decision as allowing unrestricted worldwide enforcement of U.S. patents.

WesternGeco concerned U.S. patents that covered a system used in surveying the ocean floor.  WesternGeco, LLC v. Ion Geophysical Corp., No. 16-1011, slip op. at 2-3 (U.S. June 22, 2018).  The defendant was found liable for patent infringement under 35 U.S.C. Section 271(f)(2), which defines infringement as supplying, from the United States, a component, not itself covered by a patent, but especially made or adapted to be used in a product that is covered by a patent, with the knowledge that the "component will be combined outside of the United States in a manner that would infringe the patent if such combination occurred within the United States."  Id. at 3 n.1.  WesternGeco was awarded its lost profits on contracts awarded to Defendant Ion to perform marine surveys outside the United States, using the infringing product.  WesternGeco LLC v. Ion Geophysical Corp., 791 F.3d 1340, 1344 (Fed. Cir. 2015).

The Court of Appeals for the Federal Circuit overturned the award of lost profits on the contracts for surveys conducted outside the United States.  It ruled that such damages are not recoverable because of the presumption against the extraterritorial reach of a statute, which principle "is well-established and undisputed," and which was not overcome by evidence of contrary Congressional intent in defining patent infringement under Section 271(f).  Id. at 1349-50.  The Supreme Court granted certiorari on the question of whether "lost profits arising from prohibited combinations occurring outside of the United States are categorically unavailable in cases where patent infringement is proven under 35 U.S.C. [Section] 271(f)."

WesternGeco argued that the presumption against the extraterritorial reach of a statute shouldn't even be an issue under section 271(f), because the statute for liability purposes reaches only domestic conduct -- the act of shipping domestically-manufactured components.  Section 271(f) was enacted to close a so-called "loophole" in patent law by supplementing the general statutory definition of infringement in section 271(a), which is making, using, selling, or offering to sell a complete, patented product in the United States without permission.  Section 271(f) defines infringement as also including shipping (non-infringing) product components overseas for assembly into what would be an infringing product if made in the United States.

The United States filed an amicus brief in support of WesternGeco, emphasizing the text of the patent damages statute, 35 U.S.C. Section 284, which defines damages as those "adequate to compensate for the infringement," and which has been interpreted to require the patent owner to be "placed in as good a position as he would have been" but for the infringement.  General Motors Corp. v. Devex Corp., 461 U.S. 648, 655, 103 S. Ct. 2058, 2062 (1983).  Limiting damages to domestic sales would not compensate WesternGeco for all of its losses, and thus, according to the United States, would conflict with Congress' intent in Section 284.

The court ruled 7-2 for WesternGeco (Justices Breyer and Gorsuch dissented).  The Court held that there was no need to consider the presumption of extraterritoriality at all, since the statute addresses only domestic conduct -- the act of manufacturing components in the United States for overseas assembly.  "Thus, the lost-profits damages that were awarded to WesternGeco were a domestic application of [Section] 284."  Slip op. at 8.  The fact that the damages occurred due to "overseas events" (i.e., contracts awarded to Ion for surveys outside the United States) was "merely incidental to the infringement."  Id.

How broad is the effect of this ruling? The Court was careful to limit its opinion to infringement under Section 271(f)(2), but one may question whether Federal Circuit case law holding that the general infringement statute, Section 271(a), does not permit recovery of lost profits on foreign sales (see Power Integrations, Inc. v. Fairchild Semiconductor Int'l, Inc., 711 F.3d 1348 (Fed. Cir. 2013)) now lacks support in the wake of WesternGeco.  If Section 271(f) "focuses on domestic conduct" (slip op. at 7), then surely Section 271(a) must as well, as 271(a) expressly precludes making, using, or selling the patented invention "within the United States."  Therefore under WesternGeco, seemingly, damages for lost foreign sales should not implicate extraterritoriality under the general patent infringement section, either.

Nevertheless, even if the presumption against extraterritoriality no longer applies to any category of patent infringement, defendants are not totally without arguments against recovery of lost profits for foreign sales.  The Court, without deciding, suggested that proximate cause "could limit or preclude damages in particular cases" (slip op. at 9 n.3), although the proximate cause is generally to be applied on a case-by-case basis, and is, therefore, less satisfactory for a defendant than a bright line rule.  "The proximate-cause inquiry is not easy to define . . . .  The question it presents is whether the harm alleged has a sufficiently close connection to the conduct the statute prohibits."  Lexmark Int'l, Inc. v. Static Control Components, Inc., 134 S. Ct. 1377, 1390 (2014) (false advertising claim under the federal Lanham Act).

The amicus brief of Professor Stephen Yelderman of the University of Notre Dame Law School (cited to the Court in oral argument) did provide an example of how proximate cause could limit recovery of foreign lost profits.  Yelderman suggested that Plaintiff's damages theory in Carnegie Mellon University v. Marvell Technology Group, Ltd., 807 F.3d 1283 (Fed. Cir. 2015) --  that foreign sales of computer chips were the consequence of defendant's infringing design, testing, and "customer-integration" activities in the United States--  could have been rejected on the basis of lack of proximate cause rather than the presumption against extraterritoriality. Amicus Brief, pp. 22-23.  Yelderman also suggested (id. at 17-18) that a hypothetical defendant could argue that the chain of causation on foreign lost profits is broken if it could have, for foreign markets, manufactured the products and its components abroad.

Query also whether a defendant could argue that, if the foreign sales took place in a jurisdiction where Plaintiff failed to obtain patent coverage, the proximate cause of Plaintiff's lost sales from Defendant's activities in that jurisdiction is the lack of foreign patent coverage.  The latter argument, if adopted by the courts, would also placate the concern of the dissenters in WesternGeco that the "principles of comity counsel against an interpretation of our patent laws that would interfere so dramatically with the rights of other nations to regulate their own economies."  Slip op. at 8 (Gorsuch, J., dissenting).

Such questions will have to be answered in future cases, but unless the Federal Circuit somehow distinguishes the reasoning in WesternGeco and salvages the extraterritoriality rule for damages under the general patent infringement statute (Section 271(a)), defendants will not be able to fall back on a bright-line territorial limit for damages.