The Federal Circuit Cures the Unconstitutionality of Inter Partes Review of Patents with One Simple Trick -- Or Does It? 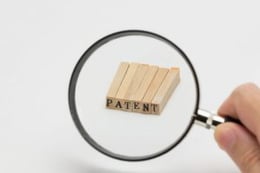 In Arthrex, Inc. v. Smith & Nephew, Inc., 941 F.3d 1320, 2019 U.S. App. LEXIS 32613 (Fed. Cir. 2019), a three-judge panel of the Court of Appeals for the Federal Circuit ruled that the process by which administrative judges are appointed to the Patent Trial and Appeal Board ("PTAB") for purposes of "inter partes review" (IPR) is unconstitutional.  The panel then immediately "cured" the unconstitutionality of the process by deeming a prohibition on removal of certain federal employees without cause to be severed from the statute on the appointment of judges conducting IPRs.  Eight days later, though, a different three-judge panel of the Federal Circuit called into question the ruling in Arthrex.  The law is thus not yet settled on the constitutionality of the IPR process.

The constitutional question raised in Arthrex is discussed in more detail below.  It involves administrative law and a relatively arcane clause of the Constitution (the Appointments Clause) rather than substantive patent law, but the issue is significant for patent practice, due to the important role IPRs now play in patent litigation.

The IPR procedure was created by Congress as part of the America Invents Act of 2011 to address criticisms that the United States Patent and Trademark Office ("PTO") in recent decades has issued too many dubious patents.  A patent is issued if the PTO determines that the application meets the novelty and "non-obviousness" (35 U.S.C. Sec. 102 and 103) requirements for allowance.  The consideration of a patent application by the PTO is ex parte -- only the applicant and the PTO are involved.  In contrast, inter partes review (IPR) allows a third party to petition the Patent and Trademark Appeal Board (PTAB) of the PTO to cancel the claims of an issued patent because the subject-matter of the claims was in reality already in the public domain or obvious.  If the petition is accepted, the IPR then proceeds as an adversarial proceeding before a panel of Administrative Patent Judges (APJs), culminating in a "trial."  After the trial, the panel issues a decision appealable to the Federal Circuit.

The IPR process in theory, and in practice, is more streamlined, faster, and less expensive than challenging an issued patent during patent infringement litigation, and since 2015 has resulted in over 1,000 trials in front of the PTAB.

In Oil States Energy Services, LLC v. Greene's Energy Grp., LLC, 138 S. Ct. 1365 (2018), the Supreme Court ruled that the IPR procedure was not an unconstitutional exercise of Article III judicial power by a federal agency, but it did not address the Appointments Clause question raised in Arthrex – whether APJs are "principal officers."  The Appointments Clause (Art. II, Section 2 of the Constitution) requires that certain officers of United States, referred to as "principal officers" in the caselaw (they are simply called "Officers" in the text of the Constitution), be nominated by the President with the advice and consent of the Senate.  In contrast, "[I]nferior Officers" can be appointed by the President alone, or by "Heads of Departments."   Under 35 U.S.C. Section 6, APJs are appointed to the PTAB by the Secretary of Commerce, which, if APJs are truly "principal officers" rather than "inferior officers," violates the Appointments Clause.

In Arthrex, the court looked at the various factors identified in Supreme Court precedent -- including reviewability of the officer's decisions, and how the officer can be removed from office -- and determined that APJs are indeed principal rather than inferior officers.  Slip Op. at 9.  As to reviewability, there is no review of the decisions issued by APJs at the administrative level – the decisions are issued on behalf of the USPTO.  Id.  The only avenue for relief from an unfavorable PTAB decision is in the courts, through an appeal to the Federal Circuit.  35 U.S.C. Section 319.  As to removability of APJs, 35 U.S.C. Section 3(c) incorporates 5 U.S.C. Section 7513(a), under which the Director of the USPTO can remove APJs "only for such cause as will promote the efficiency of the service," which "cause" requirement is "the same standard applied to any other federal employee."  Slip op. at 17.

Ultimately, based on "[t]he lack of any presidentially-appointed officer who can review, vacate, or correct decisions by the APJs," in combination with the fact that they "are not removable without cause," the court concluded that APJs are principal officers.  Id. at 19, 20.  The Arthrex court nevertheless concluded that the IPR process is constitutional, because the court determined that it could sever 35 U.S.C. Section 3(c), the section applying Title 5 civil service protections to APJs, from the other statutes concerning IPRs.  The court held that severing the "cause" requirement for removing APJs salvages the appointment process's constitutionality, and is permissible because it still allows the IPR process to function as intended by Congress.  Id. at 24-25.

The Arthrex opinion was published on October 31, 2019.  Eight days later, on November 8, 2019, in Polaris Innovations Ltd. v. Kingston Tech. Co., Nos. 2018-1768, 2018-1831, 2019 U.S. App. LEXIS 35050, (Fed. Cir. 2019) a different panel of the Federal Circuit asked for further briefing from the parties, and from the Solicitor General, on the remedy applied in Arthrex.  In particular, the panel asked whether severing the civil service protections of Section 7513(a) "sufficiently remedies the alleged unconstitutional appointment" of APJs.

The panel was clearly unsure as to whether the Arthrex panel reached the correct result on whether severance was permissible.  Polaris thus could result in a decision contrary to Arthrex, i.e., a ruling that APJs' appointments are not only unconstitutional but that their unconstitutionality cannot be cured by severing one statutory provision from the overall statutory framework of IPR.  If that were the conclusion, IPRs would be suspended unless and until Congress amended the relevant statutes.

Regardless of how the court rules in Polaris, it is likely that uncertainty over the constitutionality of the IPR process will remain until resolved by an en banc ruling by the entire Federal Circuit, or possibly until addressed by the Supreme Court.