Tough Sell: The Supreme Court Ponders Whether The America Invents Act Narrowed the "On Sale" Bar of Patent Law 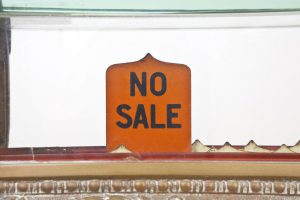 On December 4, in Helsinn Healthcare S.A. v. Teva Pharmaceuticals USA, Inc., the Supreme Court heard argument on the proper interpretation of the "on-sale" bar, with the sole issue being: does a sale have to be public to trigger the on-sale bar to patentability?  The Petitioner (the patent owner) argues that the answer is yes, based on statutory amendments that were part of the 2011 America Invents Act.  The case is important to patent law, but, more generally, it also illustrates how a plausible, logical interpretation of the literal language of a statute can conflict with the historical interpretation of the terms used in the statute.

In Helsinn, the plaintiff sued Teva for infringement of patents covering drugs for treatment of the side effects of chemotherapy.  Teva raised the defense that the "on-sale" bar rendered the allegedly infringed patents invalid.

One of the basic principles of patent law is that one cannot validly patent what is in the public domain, or what is known in patent law as the "prior art."  An issued patent is presumed valid (35 U.S.C. Section 282), but the presumption can be rebutted in an infringement suit, if the defendant proves, through clear and convincing evidence, that the claimed invention is disclosed by "the prior art."  Microsoft Corp. v. i4i Ltd. P'ship, 564 U.S. 91, 101-02 (2011).

The scope of the prior art is determined by the provisions of 35 U.S.C. Section 102, which states that an applicant for a patent shall be entitled to a patent "unless," and then lists the various ways the invention claimed by the applicant could already be in the public domain.  Invalidating prior art, as defined by section 102, includes (in addition to such understandable categories as prior patents and publications) an invention that is "on sale" for more than one year prior to the filing date of the patentee's patent application.  That one year before filing the application is essentially a "grace period" during which the inventor can try to commercialize the invention without his efforts putting the invention in the public domain.  Pfaff v. Wells Elecs., 525 U.S. 55, 65 (1998); UMC Elecs. v. United States, 816 F.2d 647, 656 (Fed. Cir. 1987).  In Helsinn, the defendant sought to invoke this one-year on-sale bar because Helsinn, nearly two years before it applied for a patent, had entered into agreements with a distribution company to license the relevant patents and to sell the patented products.  Helsinn Healthcare S.A. v. Teva Pharm. USA, Inc., 855 F.3d 1356, 1361 (Fed. Cir. 2017).  Helsinn countered that its licensing and sale agreements did not publicly disclose the patented drug formula, and that Section 102, as amended by the American Invents Act ("AIA"), required that a sale must be public, i.e., it must disclose the details of the patented invention, for the invention to be considered "on sale" under the statute.  The Federal Circuit rejected that argument, id. at 1371, but the Supreme Court granted certiorari.

Before the AIA was passed in 2011, Section 102(b) set forth the "on sale" bar:  "A person shall be entitled to a patent unless -- . . . (b) the invention was patented or described in a printed publication in this or a foreign country or in public use or on sale in this country, more than one year prior to the date of the application for patent in the United States . . . ."  (Emphasis added.)

The excerpts quoted above show that, other than eliminating a distinction between activities occurring in or outside the United States, the AIA didn't change the language used to list categories of prior art except for the addition of a catch-all category, the items "otherwise available to the public."  According to Helsinn, though, that phrase also modifies the preceding language, in that the "otherwise" in "otherwise available to the public" necessarily means that the categories or disclosures listed before that phrase must be available to the public.  Private sales therefore would not place the invention "on sale."  In Helsinn, that would mean that the license agreement Helsinn entered into two years before it applied for a patent did not put the invention "on sale" within the meaning of the statute, because the confidential license terms to which it agreed did not constitute a public sale.

There is some logic to Helsinn's position.  As Justice Alito commented during oral argument (Tr. 34), section 102(a)(1) has "an enumeration of a number of things that are public, a printed publication [and] public use, two things that are obviously public.  Then we have on sale.  And it then it says 'or otherwise available to the public.'  And I find it very difficult to get over the idea that this means that all of the things that went before are public. . . .  That's what 'otherwise' means."

The counter argument is that the amended statute chose to retain the term "on sale," which had acquired a judicial interpretation based on the purpose of the on-sale bar.  It was well-established under the pre-2011 statutory language that an invention could be "on sale" through a non-public, or secret, transaction.  Special Devices, Inc. v. OEA, Inc., 270 F.3d 1353, 1357 (Fed. Cir. 2001).  Also, it was well-established that the sale did not have to disclose to the public that the product sold embodied the claimed invention.  Abbott Labs. v. Geneva Pharm., Inc., 182 F.3d 1315, 1317-18 (Fed. Cir. 1999).  These interpretations were consistent with the rationale for the on-sale bar articulated in the caselaw, which is that the bar prevents the inventor from trying to extend his patent monopoly by exploiting the invention commercially while "'hold[ing] back from the knowledge of the public the secrets of [the] invention'" by not filing for a patent.  Helsinn, 855 F.3d at 1369 n.10 (quoting Pennock v. Dialogue, 27 U.S. (2 Pet.) 1, 19 (1829)).  This rationale was expressly cited by Justice Breyer in oral argument.  (Tr. 6).  Defendant argues that the addition of a catch-all category for other public disclosures is not enough to change the established meaning of "on sale" as encompassing both public and non-public disclosures to actual or potential buyers.

In essence, the Defendant's argument is that "[u]pon this point a page of history is worth a volume of logic."  N.Y, Trust Co. v. Eisner, 256 U.S. 345, 349 (1921).  I believe the Court is likely to agree with Defendant.  While, as Justice Alito pointed out, the language of the statute can be plausibly read to require that a sale be public, the history of the interpretation of the "on-sale" bar dictates the opposite result.