Not Just a Copy of the Home Game: The Supreme Court Shows the Usefulness of Requests for Nominal Damages 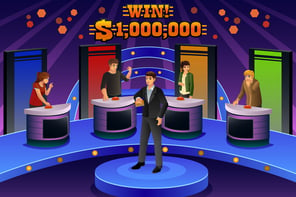 In Uzuegbunam v. Preczewski, No. 19-968, 2021 U.S. LEXIS 1372 (Mar. 8, 2021), the Supreme Court turned its attention to the curious concept of nominal damages.  The Court held that a request for nominal damages was enough to preclude a First Amendment civil rights case from being dismissed on the grounds of mootness and lack of standing.  The case sheds light on how a demand for nominal damages, deprecated by the dissent in Uzuegbunam as litigation's "consolation prize," could be used tactically to keep a case in federal court.

In Uzuegbunam, infringement on the constitutional right to free speech was clear and undisputed. Georgia Gwinett College prohibited Christian students from speaking about their faith and handing out religious literature unless they remained in a designated "free speech area."  One student actually complied with the college's policy, but was then told to stop speaking because it led to "complaints."  Id. at *6-7.  Two students sued, seeking injunctive relief, but only nominal damages.  In the meantime, the college had changed the offending policy.  It then argued that the case should be dismissed as moot, in that there was no longer a policy to enjoin, and no request for compensatory damages.

The Supreme Court, though, with Chief Justice Roberts the sole dissenter, ruled that the case was not moot and that there was Article III standing, thanks to the request for nominal damages.

Standing under Article III of the Constitution requires "(1) an injury in fact (2) that is fairly traceable to the challenged conduct" for which "(3) a remedy that is likely to redress that injury" is sought.  2021 U.S. LEXIS 1372, at *9 (citing Spokeo Inc. Robins, 518 U.S. 330, 338 (2016)).  There was no question in Uzuegbunam that the first two elements of the standing test were met.  As to the third element, Justice Thomas' majority opinion reviewed the state of the common law at the time Article III was enacted, concluding that nominal damages were a recognized remedy for violation of a right and "provided redress." 2021 U.S. LEXIS 1372, at *18.  "Because nominal damages were available at common law in analogous circumstances, we conclude that a request for nominal damages satisfies the redressability element of standing where a plaintiff’s claim is based on a completed violation of a legal right."  Id. at *19.

The key to Justice Roberts' disagreement with the majority was the fact that, in Uzuegbunam, the plaintiffs never even attempted to obtain actual damages; they pled only nominal damages.  Justice Roberts noted that, in contrast, in the common law cases cited by the majority, nominal damages were awarded where "prevailing plaintiffs tried and failed to prove actual damages."  Id. at *29 (emphasis added). In other words, under his reading of the common law, nominal damages are not something one seeks, but something one "wins" only by losing – a "consolation prize" (id. at *29), like the copy of the home game for the losing contestants on game shows.  A famous example of a nominal damages award that illustrates Justice Roberts' point occurred in the antitrust lawsuit brought by the United States Football League against the National Football League.  The jury found that the USFL had proven that the NFL had engaged in anti-competitive conduct against the upstart USFL, but instead of the sought-after millions in compensatory damages awarded only nominal damages, $1.00 (which the court duly trebled to $3.00 pursuant to 15 U.S.C. Section 15(a)).  United States Football League v. National Football League, 887 F.2d 408, 410 (2d Cir. 1989).

Is Chief Justice Roberts correct?  Arbitrarily picking a state – I'll use Ohio as an example – and looking at its caselaw as an example of the treatment of nominal damages at common law, the results are mixed.  There is support for Justice Roberts' characterization of a nominal damages award as the result of failure to prove actual damages.  "In a case where a plaintiff proves breach of contract at trial but fails to prove actual damages resulting from the breach, the court may enter judgment for the plaintiff and award nominal damages."  DeCastro v. Wellston City School Dist. Bd. of Educ., 94 Ohio St.3d 197, 199, 761 N.E.2d 612 (2002).  There is also support for Justice Thomas' conclusion that nominal damages are awarded as the minimum, "default," damages (2021 U.S. LEXIS 1372 at *22) that one is entitled to as a means of redressing the violation of a right.  "[W]hen a plaintiff pleads and establishes defamation per se, the plaintiff need not allege or prove any special damages. In fact, general damages are presumed and nominal damages are available in any event."  Shoemaker v. Community Action Org. of Scioto County, Inc., No. 06CA3121, 2007-Ohio-3708, ¶ 13 (4th App. Dist.).  Then, there is caselaw that seems to say both views are correct.  "'Nominal damages are those damages recoverable where a legal right is to be vindicated against an invasion that produced no actual loss of any kind, or from the nature of the case some injury has been done, the amount of which the proof fails to show.'"  Motorist Mut. Ins. Co., 1988 Ohio App. LEXIS 2341 at *4-5 (citation omitted; emphasis added).

In any event, the majority rejected Justice Roberts' conclusion that, because nominal damages are a "legal fiction" (2021 U.S. LEXIS 1372 at *35) and an award of nominal damages "performs no remedial function" (id. at *34), federal courts should not waste resources on parties who admit they cannot collect actual damages and who are otherwise not entitled to equitable forms of relief (id. at *22).

So what will be the practical effect of the ruling? Despite Justice Roberts' claims that the decision is "sweeping" and "a major expansion of the judicial role" (2021 U.S. LEXIS 1372 at *34, 36), one would think that the number of litigants suing solely to make a point and get paid a dollar has to be tiny.  The decision's effect should be strongest in the same area in which the Uzuegbunam case arose: suits over First Amendment violations by public colleges, which suits are frequently subject to mootness challenges, given that the plaintiffs tend to graduate and move on, and in which violations of rights rarely lead to an economic loss.  In those cases, "tack[ing] on a request for a dollar," as Justice Roberts put it (2021 U.S. LEXIS 1372 at *22), could turn out to be a wise investment, and potentially the key to preserving federal jurisdiction over the claim.