The Unfairness Doctrine: What Remains of Assignor Estoppel in Patent Cases After Minerva Surgical? 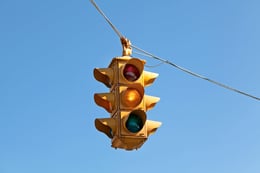 In Minerva Surgical v. Hologic, No. 21-440, slip op. (Fed. Cir. June 29, 2021), the Supreme Court affirmed the existence of the defense of "assignor estoppel" in patent cases.  However, the "unfairness" hurdle imposed by the Court on the doctrine may make it inapplicable except in rare cases, due to the way patent applications tend to be prosecuted.

Assignor estoppel is meant to stop an unethical business practice.  It precludes the assignor of ownership rights in a patent from arguing, when the assignor is later sued by the new owner for infringement of that patent, that the (presumably valuable) patent that the assignor sold is in fact invalid, i.e., that it should never have been issued, i.e., that it is "worthless" (Minerva, slip op. at 4).  In Minerva, the assignor was an inventor named Csaba Truckai, who filed a patent application on a medical device, which later issued as U.S. Patent No. 9,095,348 ("the '348 patent").  Mr. Truckai assigned his ownership rights in the patent (the inventors named on an application own the right to any patent that issues on that application unless and until they assign that right (35 U.S.C. Sections 152, 261)), then the rights were sold twice more, ending up with a company called Hologic, Inc. Minerva, slip op. at 3.  Mr. Truckai, meanwhile, founded Minerva Surgical, Inc., which marketed a competing and improved (id.) device, so Hologic sued Minerva for infringement of the '348 patent.

As a defense to infringement, Truckai, through Minerva (the Supreme Court described Minerva as Truckai's "alter ego" (id.)), argued that the '348 patent was invalid.  The district court agreed with Hologic that, because of assignor estoppel, Minerva "could not impeach the patent's validity."  Id. at 3-4.  The district court barred the invalidity defense, and Minerva lost the case.  The ruling of assignor estoppel was affirmed on appeal by the Federal Circuit.

At the Supreme Court level, the Court first upheld the existence of assignor estoppel, stating that it "is well grounded in centuries-old fairness principles."  Id. at 4-5.  However, the Court then held that the Federal Circuit "failed to recognize the doctrine's proper limits."  Id.  Because "assignor estoppel rests on the idea that the assignor has made an express or implicit representation about the patent's validity, and received some kind of payment in return" (id. at 12), "[a]ssignor estoppel should apply only when its underlying principle of fair dealing comes into play . . . . What creates the unfairness is contradiction." (id. at 14).  "[W]hen the assignor has made neither explicit nor implicit representations in conflict with an invalidity defense, then there is no unfairness in its assertion.  And so there is no ground for applying assignor estoppel."  Id. at 14-15.

Justice Kagan's opinion for the Court helpfully listed three examples of "non-contradiction" that do not lead to unfairness to the assignee.  Id. at 15.  The first is where the assignment is made pursuant to an employment agreement that turns over rights in future inventions, which is "before an inventor can possibly make a warranty of validity as to specific patent claims."  Id.  A second would involve a change in the law subsequent to the assignment, so that "[w]hat was valid before is invalid today, and no principle of consistency prevents the assignor from saying so."  Id.

The third example, which is arguably what happened in Minerva, is the most interesting because it is the exception that might swallow the rule -- specifically, "a change in patent claims" after the assignment of a pending patent application takes place.  Id.  As the Court explained, the new owner of the application is permitted to "return to the PTO to '[e]nlarge' the claims" (id. at 16), i.e., to amend the claims to get broader coverage.  The new claims, though, in contrast to the original, narrower, claims filed by the former owner of the application, may raise validity issues.  Thus, for example, in Minerva, "[i]f Hologic's new claim is materially broader than the ones Truckai assigned, then Truckai could not have warranted its validity in making the assignment."  Id.  In other words, according to Minerva, the patent claims Truckai was selling were arguably not the same ones on which Hologic was suing, so Minerva could attack the latter without contradicting its earlier conduct.  The Court remanded for a determination as to whether the claims being challenged were, in fact, "materially broader."  Id.

It is hard to argue with the reasoning that "materially broader" claims change the unfairness calculation.  However, the result of that holding is that Minerva, despite its re-affirmation of assignor estoppel in theory, may not leave much scope for the doctrine in practice, since it is not uncommon for the claims in an issued patent to be materially broader than those in the patent's original application. Patent applicants routinely amend claims during prosecution when the applicants realize that the claims could be written more broadly, yet still be "supported" by the example embodiment disclosed in the specification.  That epiphany often occurs to the applicant when the applicant becomes aware of a new product in the market.  If at the point the patent has already issued, and the statutory two-year window for re-issuing the patent with broader claims has passed (35 U.S.C. Section 257(d)), then the vehicle for broadening the claims is a continuation application, which may be filed while the original application, its "parent," is still pending, and which is entitled to the same priority date as the parent application.

I suspect that the situation alleged in Minerva is the norm, i.e., when an assignee is suing the assignor, the claims are broader than the ones in the application at the time it was assigned.  That is based solely on my experience in litigation, where it is unusual when the claims of the patent being sued upon are not materially broader than those of the original application.  It may therefore turn out that, post-Minerva, the occasions when the doctrine of assignor estoppel is needed to prevent "unfairness" could be few and far between, despite Minerva's re-affirmance of the doctrine.