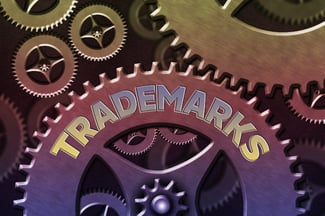 A trademark is not just a protected symbol or slogan, rather trademarks serve as a company’s identity. But how are trademarks created?  The short answer is trademarks are created simply through usage. The long answer is more complicated.  To understand the nuances of trademarks and their creation it is important to first identify what a trademark is.

So, what is a trademark?  The term "trademark" is often used to refer to both trademarks and servicemarks; though there is a technical difference between the two.  The former is used in connection with goods while the latter is used for services, but functionally, they are the same.  Trademarks are typically words, phrases, symbols, slogans, or designs that are used as identifiers for particular products.  For example, think of the Google "G" or the Nike "swoosh."  For a word or symbol to be considered a trademark, it must be used to designate the source of a particular good.

Trademarks are recognized under the law with the intention of helping consumers identify and differentiate between brands, to protect the trademark owner's reputation, and protect businesses from having their name and likeness infringed upon.  Trademarks provide businesses with effective communication tools, legal protection from infringement, and lifelong support for business expansion.

The benefits of obtaining a trademark are significant, and the process for creating one is easy.  As stated above, a trademark is created when a business starts using a distinctive word, phrase, or symbol on their products and places the traditional (TM) logo next to the phrase or logo they wish to trademark.  Although trademarks do not have to be registered, registered trademarks are easier to protect from infringement.

To receive these more extensive protections, the business should register its trademark with the United States Patent and Trademark Office ("USPTO").  When evaluating trademark applications, the USPTO uses a scale called the distinctiveness spectrum.  Moving from least distinct to most distinct, the categories on the spectrum are generic, descriptive, suggestive, arbitrary, and fanciful.  To qualify for the principal register, a trademark must generally be classified as either suggestive, arbitrary, or fanciful.  Below are a few short descriptions of what it takes to qualify for each category.

Assuming an application for a trademark meets the requirements, the USPTO will approve the trademark, so long as it is not so similar to another trademark as to cause confusion.  The test used by the USPTO is whether a typical consumer is likely to be confused about whether the good originated from the first registered trademark holder's company.  The factors the USPTO uses to determine this include the similarity of the trademarks in sound, sight, and meaning and the degree of relatedness of the goods.  If the trademark is deemed distinctive and unlikely to cause confusion, it may then be registered.  Note that there is also the possibility that an interested party files an opposition proceeding against registering the trademark.

After registration, a trademark can be renewed every ten years; thus, the trademark could theoretically last forever or at least until the company no longer wishes to use it anymore.  Outside of non-renewal, there are other ways a trademark can be lost, including abandonment, genericide, naked licensing, and improper assignment.  The common thread in each of these doctrines is that the mark no longer identifies particular goods or service with a particular source.

Abandonment occurs when a trademark's use is discontinued with no intent to resume use.  Non-use for a period of three years is prima facie evidence of abandonment.

Genericide occurs when a trademark becomes generic, meaning that the significance of a trademark to the public is the name of a particular type of good rather than its source.  For example, "escalator" was once a registered trademark by the Otis Elevator Company; eventually, the name became so popular that when the public heard the word escalator, they thought generally of the type of good (a moving staircase) rather than the good produced by Otis Elevator Company.  Therefore, a court ruled that the term escalator had become so generic that it was no longer afforded trademark protections.

Finally, improper assignment occurs when a trademark owner assigns their trademark to another party that does not produce goods that are substantially similar to the original goods consumers have come to associate with said trademark.

Trademarks are easy to create and provide lasting protections for businesses and their intellectual property.  However, business owners must be aware of the protections their trademarks currently provide them, how to expand those protections when necessary, and how to avoid losing their registered trademarks after they have been obtained through the USPTO.