The May 10, 2012 decision in State ex rel. Cincinnati Enquirer v. Craig (Slip Opinion No. 2012-Ohio-1999) from the Ohio Supreme Court is the latest ruling regarding Ohio public records law.  News organizations have been requesting information pursuant to the Ohio public records statute (Ohio Rev. Code § 149.43) for years.  Police departments and other public entities subject to § 149.43 have relied on the exemptions and exceptions of the public records laws to prevent disclosure of information requested by news organizations.  Indeed, the Ohio Public Records Act contains several exceptions and exemptions.

The Ohio Public Records Act has been amended over the years in an attempt to strike a balance between public disclosure and privacy.  Although Ohio courts have routinely construed the Ohio Public Records Act in favor of broad access and disclosure, the statute is not without limits.  Thus, courts weigh the public’s right to know against the privacy rights of individuals.  The decision by the Ohio Supreme Court in Craig is an example of the court’s protection of the privacy rights of police officers.

The Cincinnati Police Chief argued, and the Court of Appeals held, “that the requested identifying information of the wounded police officers was excepted from disclosure based on the constitutional right of privacy.”  The Court noted that “[o]fficers have a fundamental constitutional interest in preventing the release of private information when disclosure would create a substantial risk of serious bodily harm, and possibly even death.”

The Cincinnati Enquirer argued that the Court of Appeals:

However, the Ohio Supreme Court rejected all of the arguments asserted by the Cincinnati Enquirer and concluded that “the court of appeals correctly held that the requested names of the wounded police officers were protected from disclosure under R.C. 149.43(A)(1)(v) by the constitutional right of privacy.”  The Ohio Supreme Court also rejected the Cincinnati Enquirer’s claim that it was entitled to the requested information pursuant to the journalist exception (Ohio Rev. Code § 149.43(B)(9)) because the Enquirer’s rights “cannot prevail over the officers’ constitutional right of privacy.”

As such, Craig (1) held that the court of appeals “did not err in denying the Enquirer’s request for extraordinary relief in mandamus and attorneys’ fees,” and (2) affirmed the judgment of the court of appeals that the requested information was excepted from disclosure under Ohio law by the constitutional right of privacy.

Despite the ruling in Craig, Ohio law still favors open access to records maintained by public entities as an open government is fundamental to our democratic system.  The public has a right to know how its government is handling public matters.  True democracy only works in an open government, where citizens and news media organizations have access to public records while still ensuring the safety of police officers and those protected by the Ohio Public Records Act.  So, the next time you want to know how the police handled a situation, then submit a public records request.  Just be aware that under certain circumstances, Ohio places limits on the public’s ability to obtain certain information, including the identity of police officers who have a constitutional right of privacy. 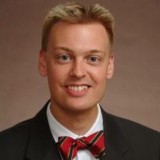