On May 3, 2016, the Supreme Court of Ohio vastly expanded the definition of a “meeting” under Ohio’s Open Meetings Act to include all prearranged discussions of public business by a public body, even if the discussion takes place electronically by email, text, or tweet. White v. King, Slip. Op. No. 2016-Ohio-2770. The full opinion can be found here.

In White, four of the five members of the Olentangy Local School District Board of Education strategized an appropriate response to a newspaper editorial critical of the Board.  This strategy session was held via email.  Following the electronic exchange, those same four board members submitted a response to the newspaper for publication.  The Board ratified the response in a public meeting six months later.

The fifth Board Member, Adam White, was excluded from the email communication because he was at odds with the Board on the issues detailed in the article. Indeed, the inflammatory publication was the result of concerns brought to the Board by White a few weeks earlier. White had independently conducted investigations into alleged improper expenditures by two athletic directors employed by the Olentangy Local School District, which resulted in one resigning and both being required to reimburse the district. In response, the other four board members amended a policy to require that all communications between board members and school staff first pass through the district superintendent or the district treasurer. White voted against the policy change.

Two weeks later, the Columbus Dispatch published an editorial which praised White for his vote and implicitly criticized the other board members for adopting a restrictive policy deliberately designed to prevent further independent investigations into suspected illegal spending by district employees. The Board’s response to this publication was the subject of the email discussions from which White was excluded. Six months after the Dispatch published the Board’s response to the editorial (i.e., shortly after the Board officially ratified the response), White filed a lawsuit against the Board alleging that it violated the Open Meetings Act by crafting its response in private email discussions.

The trial court held that there was no violation of the Open Meetings Act because (1) there was no “prearranged discussion” of public business – only sporadic emails and replies; (2) meetings via email are outside the scope of the statute; and (3) at the time of the exchange, there was no pending resolution before the Board. The Fifth District Court of Appeals affirmed.  White appealed to the Supreme Court of Ohio.

By a 5-2 decision, the Supreme Court reversed, siding with White. The Court noted that nothing in the Open Meetings Act indicates that a meeting must occur face-to-face.  By contrast, the Court held that that any prearranged discussion – whether through video conference, email, text, or even tweet – can qualify as a meeting under the statute.  The Court reasoned that, “[t]he statute that exists to shed light on deliberations of public bodies cannot be interpreted in a manner which would result in the public being left in the dark,” citing State ex rel. Cincinnati Post v. Cincinnati, 76 Ohio St.3d 540, 544 (1996).

Justice Judith Ann Lanzinger dissented, finding that the majority’s definition of meeting was overbroad. She argued that “meeting,” as stated in the statute, requires a real-time discussion – not sporadic communications.  She found that email conversations could be within the scope of the Open Meetings Act, but only if the group set a prearranged date and time during which the discussions were to occur.

White v. King makes clear that now more than ever, public officials must be cautious in their use of electronic communications.  There is a two-year statute of limitations on violations of the Open Meetings Act, meaning that one small slip could put school boards or other public bodies  at risk of having their decisions invalidated for two years after a violation – whether that violation occurs via email, text, or tweet. 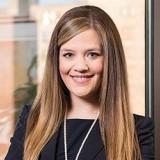