In Lexmark International, Inc. v. Static Control Components, Inc., No. 12-873, 572 U.S. ___ (2014), the Supreme Court held that a plaintiff has standing to bring a false advertising claim under the Lanham Act if (1) the plaintiff is “within the zone of interests in a suit for false advertising,” meaning that the plaintiff alleges an “injury to a commercial interest in reputation or sales”; and (2) the plaintiff’s “injuries are proximately caused by violations of the statute.”  Lexmark, slip op., p. 13.

In response, Lexmark sent notices to remanufactures, claiming that it was illegal to sell refurbished Lexmark cartridges and that it was illegal to use Static Control’s component parts to refurbish those cartridges.  Lexmark then sued Static Control for copyright infringement, and Static Control counterclaim and alleged, among other things, violations of Section 43(a) of the Lanham Act (codified at 15 U.S.C. § 1125(a)) based on the Act’s prohibitions on false advertising.

(A) is likely to cause confusion, or to cause mistake, or to deceive as to the affiliation, connection, or association of such person with another person, or as to the origin, sponsorship, or approval of his or her goods, services, or commercial activities by another person, or

(B) in commercial advertising or promotion, misrepresents the nature, characteristics, qualities, or geographic origin of his or her or another person’s goods, services, or commercial activities,

shall be liable in a civil action by any person who believes that he or she is or is likely to be damaged by such act.”

The district court in Kentucky granted Lexmark’s motion to dismiss Static Control’s Lanham Act claim, holding that Static Control lacked “prudential standing” to bring that claim based on a multi-factor balancing test from federal antitrust law and applied by the Third, Fifth, Eight, and Eleventh Circuits in Lanham Act cases.  In contrast, the Seventh, Ninth, and Tenth Circuits applied a categorical test, which permitted Lanham Act suits only by an actual competitor.  The Sixth Circuit reversed the dismissal of the Static Control’s Lanham Act claim, and instead applied a “reasonable interest” test that it borrowed from the Second Circuit.  Under the Sixth Circuit’s reasonable interest test, a Lanham Act plaintiff has standing if the plaintiff can demonstrate “(1) a reasonable interest to be protected against the alleged false advertising and (2) a reasonable basis for believing that the interest is likely to be damaged by the alleged false advertising.”  Lexmark Int’l, Inc. v. Static Control Components, Inc., 697 F.3d 387, 410 (6th Cir. 2012).

The Supreme Court granted certiorari “to decide ‘the appropriate analytical framework for determining a party’s standing to maintain an action for false advertising under the Lanham Act.'”  Lexmark, slip op., p. 5.  Justice Scalia, writing for the Court, rejected the prudential standing test applied by the Sixth Circuit, and also rejected the multi-factor balancing test and the categorical test.

Instead, the Court held:  “To invoice the Lanham Act’s cause of action for false advertising, a plaintiff must plead (and ultimately prove) an injury to a commercial interest in sales or business reputation proximately caused by the defendant’s misrepresentations.”  Lexmark, slip op., p. 22.  As applied to the facts of the case, the Court held that Static Control adequately pleaded both elements, and the Court affirmed the judgment of the Sixth Circuit. 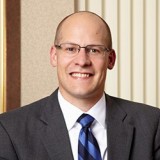