In 2008 and 2009, drug use among professional athletes was a big story. The “Mitchell Report,” released in late 2007, exposed widespread steroid use in baseball and had become infamous. In February 2009, Sports Illustrated had broken the news that the New York Yankees’ third baseman, Alex Rodriguez, tested positive for steroids back in 2003. Even Michael Phelps was under scrutiny, because it came out in January 2009 that he had smoked marijuana (although no one successfully argued that his drug use likely had an enhancing effect on his legendary Olympic performances). Late night television had no shortage of material. Jokesters abounded, and some even tried to take their comedy to the United States Patent and Trademark Office. Indeed, in April 2009, the New York Yankees had to oppose the attempted registration of “The House that Juice Built,” a play on the famous “House that Ruth Built,” as well as a spoof of the Yankees’ logo that replaced the baseball bat with a syringe (see http://ttabvue.uspto.gov/ttabvue/v?pno=91189692&pty=OPP&eno=86). The Yankees argued that the registrations diluted its famous marks; the registrant (a New York corporation called “IET Products and Services”) argued that it was playing clean because the “House that Juice Built” and its logo were fair-use parody. Five years later, the Trademark Trial and Appeal Board (“TTAB”) has finally declared a winner. According to the TTAB, there may be a parody defense in court, but not at the registration phase.

The following shall not be actionable as dilution by blurring or dilution by tarnishment under this subsection:

(A)  Any fair use, including a nominative or descriptive fair use, or facilitation of such fair use, of a famous mark by another person other than as a designation of source for the person’s own goods or services, including use in connection with—

(i)     advertising or promotion that permits consumers to compare goods or services; or

(iii)   All forms of news reporting and news commentary.

(Emphasis added). Last month, the TTAB found that “The House that Ruth Built” and the Yankees logo were unequivocally famous within the meaning of the statute and that the registrant’s marks diluted them. The parody defense described in the above statute was unavailable, though, because the registrant was attempting to use the mark and logo at issue as a designation of the source of its goods: “When an applicant’s mark is registrable, because it is being used incommerce to indicate source, such use is not a noncommercial use or fair use.” Accordingly, the TTAB found it “virtually impossible to conceive of a situation where a parody defense to a dilution claim can succeed in a case before the Board.”

Regardless of the statutory language, it can be argued that the TTAB’s decision makes good sense. The rationale behind the parody defense is that parodies of trademarks should be entitled to some degree of First Amendment protection. In seeking a federally protected mark, however, the registrant designates the mark as the source of its own goods or services, with the intended effect of blocking others from using it. The affirmative defense of parody in the registration phase, therefore, is a problem because it limits the ability of others who wish to mock the material being parodied. The parody defense may work in court if sued for dilution, but it should not be a means of staking out a territory of parody/criticism that only the registrant is allowed to use.

Ultimately, this precedential opinion of the TTAB is a significant win for the Yankees. Whether the loss is significant for the registrant remains to be seen. While drug use in sports is always a story, the Mitchell Report is old news, and, while Michael Phelps was never the subject of the baseball controversy, even he has moved on to win medals at yet another Olympics since “The House that Juice Built” was put before the TTAB. Perhaps IET Products and Services will find new, clever ways to parody issues going in professional sports– at least next time, it will know not to waste time and money trying to register its comedy with the USPTO. 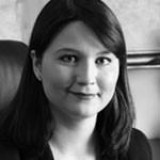