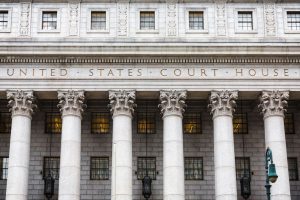 The trial of a former aide to New York governor Andrew Cuomo is the first in a series of high-profile cases that will apply the Supreme Court's clarified definition of an "official act," which is a critical element of public corruption crimes. Cuomo's former aide, Joseph Percoco, is charged with honest services wire fraud and extortion under color of official right. Both alleged crimes require that the government prove Percoco accepted a bribe or something of value in exchange for an "official act" by Percoco. The Percoco trial is full of juicy details, such as Percoco and his confederates not-so-cleverly calling their construction contract bribes "ziti," in a life imitating art reference to HBO's The Sopranos.  More gripping, however, is whether prosecutors can meet the challenge of proving an element that has made success elusive in the United States' recent efforts to prosecute public officials for corruption. Read complete article (also, pages 20-21 of the April 2018 Dayton Bar Briefs Magazine).