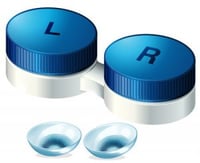 In this latest update on the FTC's case against 1-800 Contacts, I can report that on February 27, 2018, 1-800 Contacts filed a Reply Brief on Appeal in response to the FTC's Complaint Counsel's Answering Brief, and the FTC has scheduled oral argument in this case for May 1, 2018.

As summarized in my previous blogs about this matter, the FTC filed a Complaint against 1-800 Contacts, challenging as a violation of Section 5 of the Federal Trade Commission Act (15 U.S.C. § 45) and as an unfair method of competition 1-800 Contacts' settlement agreements with numerous competitors that prohibit competitors from bidding on 1-800 Contacts' trademark terms in search advertising on the Internet and that also require competitors to employ "negative keywords" directing search engines not to display the competitors' advertisements in response to any search inquiry that includes 1-800 Contacts' trademarks.  The challenged settlement agreements were the product of 1-800 Contacts' cease-and-desist letters sent to and several lawsuits filed against competitors beginning in 2004 that asserted that the competitors' search advertisements that appeared in response to a user's query on Internet search engines containing the term "1-800 Contacts" or variations thereof constituted trademark infringement.  (See my original post from January 26, 2018, and my updated post from February 28, 2018.)  On October 27, 2017, the Chief Administrative Law Judge D. Michael Chappell rendered his Initial Decision  agreeing with the FTC.  1-800 Contacts appealed this Initial Decision.

1-800 Contacts argues that the FTC Complaint Counsel's attempts to undermine these settlements and find them inherently suspect under the antitrust laws must be rejected for at least three reasons:  "First, Complaint Counsel's theory requires the Commission to create new trademark law or adjudicate settlement trademark claims in hindsight."  Reply Brief, p. 2 (emphasis in original).  "Second, . . . IP settlements should not be subject to antitrust scrutiny unless they are 'unusual' or not 'commonplace.'"  Reply Brief, p. 3 (emphasis in original).  "Third, Complaint Counsel asks the Commission to ignore settled antitrust principles, finding anticompetitive effects without evidence of reduced output, supracompetitive prices, barriers to entry and expansion, or empirical evidence defining the market."  Reply Brief, p. 3 (emphasis in original).  Indeed, 1-800 Contacts reiterated that it only "sells roughly 10% of [all] contact lenses sold in the United States.  Reply Brief, p. 1.