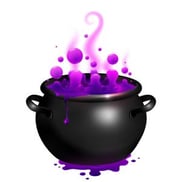 All Hallow's Eve proved a fitting date for oral argument in the Supreme Court of the United States in Frank v. Gaos, (S. Ct. No. 17-961), a case exploring the often-mysterious component to class action settlements known as "cy pres."[1]  The specific question before the Court asked:

"Whether, or in what circumstances, a cy pres award of class action proceeds that provide no direct relief to class members supports class certification and comports with the requirement that a settlement binding class members must be 'fair, reasonable, and adequate.'"

While the Court certainly examined this question, it became evident early on that the Justices sought a broader discourse on Rule 23 practice; whether class action settlements were adequately  addressing class members' grievances; and whether it was a legislative or judicial responsibility to attempt to clarify the acceptable bounds of class action cy pres awards.

The case, on appeal from the 9th Circuit (869 F.3d (2017)), arose from a 2010 class action filed by Paloma Gaos and a few other class representatives against Google, Inc. alleging multiple counts, including fraud and invasion of privacy related to Google's sharing of plaintiffs' search terms with websites that the named plaintiffs had visited.  That class action (on behalf of the then-129 million Google search users) was contested by Google as meritless, but in order to resolve the lawsuit, Google agreed to an $8.5 million settlement.  $5.3 million would be allocated to six cy pres recipients, with the remaining $3.2 million dedicated to plaintiffs' attorneys' fees, class administration costs and incentive payments to the named plaintiffs.  Individual class members, meanwhile, would receive no direct payment or benefits.

The six cy pres beneficiaries,[2] it was agreed, would each "receive anywhere from 15 to 21% of the money, provided that they agreed 'to devote the funds to promote public awareness and education, and/or to support research, development, and initiatives, related to protecting privacy on the Internet.'"[3]  The cy pres recipients were chosen after submitting proposals, but as objectors were quick to point out, several of the cy pres beneficiaries had ties to class counsel or to the Defendant, Google.

Class Objectors Ted Frank and Melissa Holyoak of the Competitive Enterprise Institute challenged whether the settlement (which besides awarding $5.3 million to several third-parties, would pay plaintiffs' counsel $2.125 million, while affording class members no recovery) was consistent with the mandates of Federal Rule of Civil Procedure 23 -- that a class action settlement be "fair, reasonable, and adequate."  While in similar circumstances at least three other federal appellate courts previously held otherwise, the 9th Circuit affirmed the trial court's approval of the settlement.  The 9th Circuit acknowledged that "cy pres-only settlements are considered the exception, not the rule"[4] but affirmed the district court's ruling that the cost of verifying and 'sending out very small payments to millions of class members would exceed the total monetary benefit obtained by the class,'" and also agreed with the lower court that the class action was "the superior means of adjudicating this controversy" contrary to Objectors' argument that the case was inconsistent with Federal Rule of Civil Procedure 23(b)(3).[5]

The 9th Circuit wrote extensively on the adequacy of the cy pres recipients and the process of their selection, and affirmed the district court's finding that class counsel sufficiently supported their loadstar rationale for the award of over $2.125 million in attorneys' fees.  The Objectors then sought review from the Supreme Court ("SCOTUS").

The extensive briefing of the parties earlier this year, not to mention the appearance of over 30 amici curiae proved a harbinger of the interest in SCOTUS' review of the class action issues.  The October 31, 2018 argument featured lengthy questioning from every member of the bench besides Justice Thomas.  Argument was heard from Petitioner Frank; Respondents Google, Inc., and the class representatives; and from amicus curiae United States.   What proved most striking was the scope of the Justices' inquiries ranging from constitutional standing (the jurisdictional inquiry seemed to trouble many of the Justices); to Rule 23 class action practice generally (not just the superiority requirements of Rule 23(b)(3)) such as class notice, administration and claims processing; the nature of cy pres settlements, and how that aspect of class settlements varies between cases (a) with payouts to class members with residual to cy pres recipients, and (b) settlements resolved exclusively via cy pres payments to third-parties but with no relief to class members.

The Court also pondered its role in sorting out these various questions, as opposed to leaving the legislating of clarifications to Rule 23 practice to Congress.  On this question, interestingly, several Justices openly pondered the Court's role vis-à-vis Congress ranging from Justices Ginsburg and Sotomayor to Justices Gorsuch and Kavanaugh, representing ideological opposites.

The Supreme Court's treatment of cy pres class settlement inquiries are of great consequence, with the potential to significantly re-frame class action litigation.  Writing in a blog posted on the ABA Journal's website a day prior to the oral argument, constitutional law scholar Erwin Chemerinsky[6] raised several "what ifs":

"An underlying question is what will be done with the funds if the Supreme Court were to disapprove such settlements?  Would they go back to the defendants?  That would be a windfall for defendants and undermine the function of class actions in enforcing the law and deterring wrongdoing.  Would the money go to the government?  But if so, on what basis and for what purposes?  Or might the [C]ourt go even further and accept the petitioner's argument that cy pres-only class actions cannot be certified at all, providing a great benefit to defendants and making it much harder to enforce the law where the class members will not directly benefit from the settlement."[7]

Class actions have long been an area of contentiousness in legal and corporate circles.  An important device for protecting consumer and civil rights or a grossly-abused tool of the plaintiff's bar to line attorneys' pockets resulting in expensive defense costs but little behavioral change by class defendants?  As with most things, the answer lies not in the polar extremes, but rather in the confounding middle ground.  The Halloween hearing on Frank v. Gaos served to highlight and frame many of these difficult issues the nine Justices must consider, but afforded little preview of how the Court may resolve or guide lower courts as to the "fair, reasonable and adequate" means of resolving large multi-party class litigation.  The Court's opinion will be anxiously awaited by the class action plaintiff and defense bars, as well as the many institutions and not-for-profits which have been beneficiaries of cy pres awards.

. . .  (3) The court finds that the questions of law or fact common to class members predominate over any questions affecting only individual members, and that a class action is superior to other available methods for fairly and efficiently adjudicating the controversy.  The matters pertinent to these findings include:

(A)  The class members' interests in individually controlling the prosecution or defense of separate actions;
(B)  The extent and nature of any litigation concerning the controversy already begun by or against class members;
(C)  The desirability or undesirability of concentrating the litigation of the claims in the particular forum; and
(D)  The likely difficulties in managing a class action."

[6] Erwin Chemerinsky is Dean of the University of California at Berkeley School of Law, where he is also the Jesse H. Choper Distinguished Professor of Law.