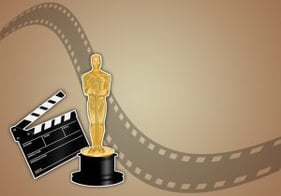 The Netflix-produced film Roma won a number of categories at the Academy Awards (commonly known as the Oscars) this year, although it fell short of winning the grand prize of Best Picture.  After the awards aired, director and Academy member Steven Spielberg announced at a meeting of the Academy of Motion Picture Arts and Sciences (the "Academy," which puts on the Oscars each year) that he supported changes to the Oscar rules that would have excluded Roma from eligibility entirely.  These proposed changes caught the eye of the Department of Justice Antitrust Division, which decided that it wanted a vote.

Academy rules require that a film have at least a limited theatrical run in Los Angeles to be eligible for a nomination.  Netflix has taken various approaches to complying with this rule.  Roma was in theaters for three weeks before being available for streaming to Netflix subscribers.  Past films, like the Oscar-nominated Mudbound, were available on streaming and in theaters simultaneously.  According to reports, the Academy is considering requiring eligible films to have a longer, exclusive theatrical run, meaning Netflix would have to choose between making films available to its subscribers and the credibility of Oscars.

The Academy is an association of competitors in the filmmaking industry.  The DOJ recognized this and, in a letter to the Academy, explained that eligibility requirements targeted at Netflix and other streaming services could raise antitrust concerns.  In the DOJ's words: "[A]greements among competitors to exclude new competitors can violate the antitrust laws when their purpose or effect is to impede competition by goods or services that consumers purchase and enjoy but which threaten the profits of incumbent firms."  An agreement such as this one would be judged by what's known as the "rule of reason" standard, meaning (to simplify) that the anticompetitive effects would be judged against the procompetitive justifications.

An additional wrinkle here is that DOJ recently opened a review of the Paramount Consent Decrees.  In 1938, DOJ sued the major motion picture companies alleging that they conspired to control the film industry through ownership of both distribution and exhibition (i.e. movie theaters).  After about a decade of litigation, the defendants entered into the Paramount Consent Decrees.  As a result of the Decrees: (1) the motion picture companies were forced to divest either their distribution operations or their movie theaters, and they were barred from owning both distributors and theaters without court approval; and (2) motion picture distributors were barred from bundling film licenses, setting minimum prices on movie tickets, granting exclusive licenses for geographic areas, and other practices restricting the ability of movie theaters to choose which films they exhibit.  DOJ is reviewing the Decrees due to "considerable change" in the motion picture industry, including the ability of consumers to watch films through streaming services like Netflix.

Netflix, by both producing films and operating its streaming service, arguably has an advantage over traditional companies that have to separate distribution and exhibition—Netflix can shortcut the theaters.  Even when Netflix does show its films in theaters for a limited time, it ignores the industry-standard 90-day window where films are typically available only in theaters.  (For this reason, the largest chain theaters have refused to show Netflix films.)  In addition, reports have announced that Netflix is in the process of buying its own theater in Los Angeles, whereas other production companies are barred from doing the same.

It will be interesting to see how the Academy responds to the DOJ's letter, and whether DOJ decides ultimately to revisit the Paramount Consent Decrees.  In the meantime, a number of other producers—like Disney and Warner—have announced plans to offer their own streaming services, and Apple is also entering the field.  In the future, the industry might look more like Netflix whether the studios like it or not.

More broadly, trade associations are common in various industries, and these associations often serve important roles in setting product standards, offering accreditation, and informing the public about new product developments and safety concerns.  Disruption from non-traditional competition is also more and more common in industry, and it may be tempting for trade associations made up of incumbent competitors to try to respond as a group.  But these associations—which have frequently attracted antitrust attention—should be careful about how they craft that response.