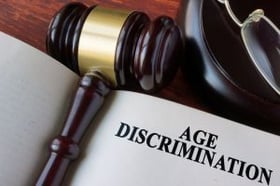 In the past year, and most recently on March 27, 2019, several lawsuits have been filed against IKEA in the United States District Court for the Eastern District of Pennsylvania alleging discrimination based on age (and one also on gender); these complaints (four of which are brought by the same plaintiff's counsel) are trying to assert "collective" actions so that plaintiff resources can be "pooled."  The cases are at various stages of  litigation, but they are all pending before the same District Judge (Judge Anita Brody), and at least two apparently have been stayed pending the outcome of IKEA's motions for summary judgment and  a plaintiff's request for collective action certification filed in another.

In February, 2018, the first of what would become many lawsuits was filed against IKEA alleging age discrimination.  In Donofrio v. IKEA US Retail, LLC, No. 2:18-cv-00599-AB (E.D. Pa.), the plaintiff Frank Donofrio, a 54-year-old hourly employee, filed suit against IKEA alleging that IKEA

"has engaged in a systemic pattern and practice of denying advancement opportunities to its hourly retail 'coworkers' age 40 and over because of their age.  The so-called 'IKEA way' is a corporate culture that favors the development and advancement of younger employees into management positions while denying such opportunities to its older employees.  Without limitation: IKEA's preference for the advancement of its younger employees is openly expressed at the highest level; IKEA managers openly express age bias and ageist stereotypes; complaints of age discrimination expressed to the highest level of the company are not remediated; and older workers are dismissively labeled, without good or apparent basis, as lacking in 'potential.'"

Donofrio alleged that he was denied advancement opportunities and promotions because of his age and asserted claims for disparate treatment and disparate impact age discrimination on behalf of himself and on behalf of those similarly situated as a collective action pursuant to the Age Discrimination in Employment Act ("ADEA").

IKEA also argued by way of a separate motion for summary judgment that if Donofrio could not support his own individual claims, then the case should be over because an ADEA collective action does not have independent legal significance (unlike a normal class action).  The briefing is complete on IKEA's motions for summary judgment and on Donofrio's motion for collective action, and they remain pending for decision by the court.

Prior to the motions and briefing filed in Donofrio, two other purported collective actions alleging age discrimination were brought against IKEA.   Parker v. IKEA of North America Services, LLC, No. 2:18-cv-03261-AB (E.D. Pa.), was originally filed on August 1, 2018 by the same counsel who filed Donofrio, and like Donofrio, the plaintiff, Joseph Parker, a 60-year-old employee, alleged that IKEA discriminated against him based on his age by denying him (and other older employees like him) development and advancement opportunities.  He alleged that IKEA has policies that favor young employees including its Global Young Potentials Program and Young Talent Program.  Parker alleged that he was denied promotions because of his age and therefore was asserting, like Donofrio, claims for disparate treatment and disparate impact under the ADEA individually and as a collective action.  Although IKEA answered the complaint, this case apparently has been stayed pending the outcome of the various motions filed in the Donofrio matter.

On August 27, 2018, Gorbeck v. IKEA North America Services, LLC, No. 2:18-cv-03651-AB (E.D. Pa.), was filed against IKEA (by a different plaintiff's counsel).  While alleging similar age discrimination claims, this case added some new wrinkles to the allegations against IKEA.  In this case, the plaintiff Laurie Gorbeck alleged discrimination and retaliation claims based not only on age, but also on gender, and included, among other things, allegations of violations of the Equal Pay Act – that there exist "pay equity problems" at IKEA.  In her amended complaint, Gorbeck alleged that she was in a senior level position in human resources, and that she "learned that IKEA was systematically paying women less than men, and had a strategic initiative to favor those under 40 for management."  She alleged that she repeatedly informed IKEA that it was violating the law and that instead of responding to her concerns, IKEA "retaliated against [her], repeatedly failed to promote her or permit her to transfer laterally, actually demoted her for a period, and ultimately terminated her employment altogether" in violation of the ADEA and the Equal Pay Act.

Similar to the other complaints, Gorbeck alleged that IKEA favors employees in their twenties and thirties and "as long ago as 2011 that the long term strategy for [IKEA] was to recruit 'younger people' in management positions, and members of the [Strategic Human Resources] Committee discussed the need to avoid specifically violating the [ADEA]."  Gorbeck alleged individual and collective action claims under the ADEA and for gender discrimination, an individual claim for retaliation under the ADEA, Equal Pay Act, and Title VII of the Civil Rights Act, and a collective action claim for violation of the Equal Pay Act.  Her complaint also points out that "[t]he within lawsuit is the third of at least two other lawsuits … raising the exact same claims of age discrimination … [and that] [t]he large number of affected Older Coworkers, and the breadth of IKEA's locations, both retail and otherwise, which exist from coast to coast, from north to south, creates the possibility of not only multidistrict litigation, but a significant number of other claims, suits, and litigation all arising out of the same or similar sets of facts, all arising out of the same policies of IKEA."  Therefore, according to the complaint "[a] collective action is the best methodology of approaching Gorbeck's claims, as well as the claims of those similarly situated, rather than hundreds of individual lawsuits in dozens of jurisdictions."

IKEA filed a partial motion to dismiss arguing, among other things, that Gorbeck's age discrimination claims, violation of the Equal Pay Act and gender discrimination claims must be dismissed "because she failed to exhaust her administrative remedies" and also asserting that she cannot prove her claims.  IKEA argued that the facts alleged do not show that gender was the "motivating factor" of any of the alleged adverse actions taken against her and that Gorbeck even "admits that she cannot state whether she was a victim of pay equity violations due to her gender."  Briefing on IKEA's motion to dismiss was completed on December 28, 2018, and the parties are awaiting the Court's ruling.

Now, in the first quarter of 2019, IKEA has been hit with two more collective age discrimination claims filed against it by the same counsel representing plaintiffs Donofrio and Parker.  On February 21, 2019, Brandon Paine filed his complaint, Paine v. IKEA Holding US, Inc., No. 2:19-cv-00723-AB (E.D. Pa.), alleging the same "pattern and practice of age discrimination" by IKEA:  IKEA "has since at least January 24, 2018, engaged in a pattern and practice of age discrimination against its Older Workers, including Plaintiff"; "has … intentionally discriminated against Older Workers, including Plaintiff"; its "policies and/or practices have … resulted in a disparate impact against Oder Workers"; and "has since at least January 24, 2018, denied promotion to Older Workers, including Plaintiff, because of age." Paine further alleges that in October 2017, IKEA US announced a corporate reorganization, which he alleges "was an effort by IKEA US to eliminate older employees from management positions by, without limitation, terminating them, demoting them, or effectively forcing them out" and "to favor younger employees over older employees by offering younger employees better jobs with higher pay."

Most recently, on March 27, 2019, William Antonelli, Jr., represented by the same counsel as plaintiffs Donofrio, Parker, and Paine, filed his complaint against IKEA asserting the same individual and collective action claims for disparate treatment and impact under the ADEA:  Antonelli v. IKEA Holding US, Inc., No. 2:19-cv-01286-AB (E.D. Pa.).  In this complaint, Antonelli alleges

Antonelli (age 48) alleges that "[h]e was passed over for promotion in favor of younger employees" and "was explicitly told by his store manager that IKEA was not going to consider older employees for promotion and wanted people in their twenties instead."

As the complaint in Gorbeck forewarned, it appears that more and more individual complaints against IKEA are being filed.  It will be interesting to see how many more of them pop up, and if the court decides to consolidate all of them into one big action.  That all may depend on how the Court rules on IKEA's motions for summary judgment and the plaintiff's pending motion for collective action certification currently pending in the first complaint filed in Donofrio.  Given that IKEA operates dozens of stores and employees thousands of people throughout the United States, decisions in these early cases, particularly with respect to whether the cases can proceed as a collective action, could potentially have wide-ranging and costly impacts on IKEA and its current business.  Stay tuned….