New Social Networking Statutes Address Some Problems and Raise Others

May an employee ask its job applicants for their Facebook passwords as part of the application process?  This question raises serious privacy issues for those who keep their Facebook accessibility settings limited to close friends and relatives.

When reports surfaced that some employers were requesting Facebook passwords as part of the application process, the outrage was quick to follow.  After all, employers would never request to see private notes or letters sent by applicants to their relatives and close friends.  They would not ask to see private emails either.  The United States Congress rejected the opportunity to pass new legislation to prohibit the practice.  Two states, Maryland and Illinois, however, have passed laws forbidding employers from asking for social networking passwords.

Even without legislation, the number of employers who request Facebook passwords from job applicants is not likely to be large.  Most employers do not want to intrude on the private lives of their employees.   Even in a down economy, such employers could turn off a significant number of qualified applicants with the requirement, which only hurts the employer’s selection of good candidates.  The practice also raises very serious liability issues for employers.

The statutes passed by Illinois and Maryland, however, raise other issues, largely having to do with exceptional circumstances where obtaining Facebook passwords might be a good idea.  With few exceptions in those statutes, the potential for disrupting an employer who has a legitimate need for this type of information is high. 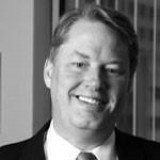