It's All Political: Janus v. AFSCME and Union's Future 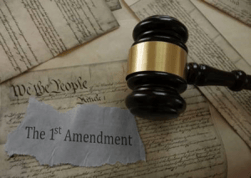 On June 27, 2018, the U.S. Supreme Court handed down Janus v. American Federation of State, County, and Municipal Employees, Council 31, et al., as one of the final opinions in a tumultuous end of term.  Notwithstanding Justice Anthony Kennedy's retirement dominating the news, this case still received significant press coverage.  There are a number of issues in this case that are worthy of discussion: the majority's reasoning for striking down a 40-year old precedent; the culmination of a six-year battle that gradually eroded union power; the implications for employee-speech; Justice Elena Kagan's angry dissent; the list goes on and on.  With so many topics, storylines, and subplots, it would be easy to get lost down any number of rabbit holes.  Instead, this article examines the immediate implications of this decision and the resulting shift in the law.

The Illinois law challenged in this case provided for exclusive representation by a union if the majority of public sector employees in an area voted for that union.  Janus v. Am. Fed'n of State, Cty., & Mun. Emps., Council 31, et al., No. 16-1466, slip op. at 2 (U.S. June 27, 2018).  While employees were not required to join the union, the union was, nevertheless, their sole representative, they could not be represented by any other agent, and they could not negotiate directly with their employer.  Id.  Relying on Supreme Court precedent in Abood v. Detroit Board of Education, 431 U.S. 209, 97 S. Ct. 1782 (1977), nonmembers of AFSCME could be charged for union dues that were attributable to activities relevant to the union's representation of employees in collective bargaining.  Janus, slip op. at 3.  However, nonmembers were not "required to fund the union's political and ideological projects."  Id.  Moreover, nonmembers were given an explanation of the basis of the "agency fee" and were able to challenge expenses if they felt they had been improperly characterized.  Id. at 4.

Justice Alito, writing for a 5-4 majority[1], launched immediately into an analysis of free speech rights under the First Amendment, namely an individual's right to refrain from speaking.  Id. at 8.  Justice Alito relied upon Justice Robert Jackson's classic First Amendment quote: "If there is any fixed star in our constitutional constellation, it is that no official, high or petty, can prescribe what shall be orthodox in politics, nationalism, religion, or other matters of opinion or force citizens to confess by word or act their faith therein."  Id. (Emphasis in original; internal quotation marks and citation omitted.)  The gravamen of the majority's decision rests on the idea that any negotiation of public employee's benefits is inherently a matter of public concern.  Id. at 27.  This argument is predicated on the idea that unions negotiating collective bargaining agreements discuss everything from raising tax revenue, to public spending, to questions of education policy, and a number of controversial public policy topics.  Id. at 29-30.  The Majority concluded that it is, therefore, a violation of the First Amendment to compel an employee to subsidize the union's speech, when the employee may disagree with the union's position.  Id. at 33, 48.

The dissent, authored by Justice Kagan, argues that if all matters of collective bargaining are of public concern, then the vast majority of complaints by public sector employees would be of public concern too and would expose all levels of government to a rash of First Amendment lawsuits.  Id. at 17-18 (Kagan, J., dissenting).  Instead, Justice Kagan argued that the line drawn by the majority has carved out a "'unions only'" rule in employee-speech law.  Id. at 18.  In even more incendiary language regarding the way the Majority reached this result, Justice Kagan argues that "it does so by weaponizing the First Amendment, in a way that unleashes judges,… to intervene in economic and regulatory policy."  Id. at 26.  Justice Kagan even evokes the image of "black-robed rulers overriding citizens' choices," at every stop.  Id. at 28.

The effects this case will have on labor unions will vary state to state and even union to union.  As the dissent noted, 20 states currently have agency fee laws on the books, laws that are now unconstitutional as far as the fees go.  Id. at 2.  Unions will need to change their practices and spend more time and resources on selling themselves to public sector employees.  If the aftermath of the Supreme Court's decision in Harris v. Quinn, 134 S. Ct. 2618 (2014), is any indication, however, unions may not be as doomed as originally thought.  Harris struck down agency fees for private sector unions in 2014.  The United Domestic Workers of America (UDW), which represents home-care workers in California, was one private sector union affected by the decision.[2]  The Union saw an initial dip in membership after the ruling came out, but now has 75,000 members, 7,000 more than it did prior to the ruling.  This is out of a total pool of 108,000 potential members, however, which means lost agency fees from 33,000 people.  There is simply no getting around the fact that unions will lose money and consequently power due to the Janus decision.

On the other hand, a number of collectively bargained employment contracts may be undermined by the fact that they included provisions for agency fees that may not be severable, thus undermining the entire contract.  There will be further uncertainty surrounding new negotiations of labor contracts (either due to expiration of contracts or the fallout of this decision) as many states will have to address their labor relations statutes in light of this decision.  While the impact on private businesses will be negligible for the time being, many large employers will undoubtedly be dealing with labor unions with diminished (or less certain) power as the leadership of those unions look to navigate the changing labor relations landscape ahead.  While the days of union power are not necessarily over, the value proposition has shifted as a result of the Janus decision.  Union viability will be measured by how well union leadership adapts to this significantly-altered playing field and demonstrates to the rank-n-file and to prospective members that union membership continues to provide measurable benefits to members.