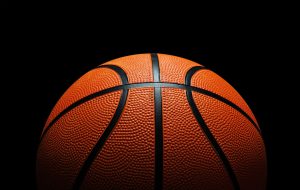 On November 30, 2017, Rick Pitino filed a lawsuit against the University of Louisville Athletic Association (the "ULAA").  Pitino filed the lawsuit in response to the ULAA's termination of its contract with Pitino, which the ULAA terminated after news broke of the University of Louisville's reported connection to the nationwide NCAA pay-to-play scandal and the revelation of an additional escort scandal involving the men's basketball team.  Recently, the court held oral arguments on Pitino's and the ULAA's cross motions for summary judgment during which Pitino's attorney's argued that the escort scandal is irrelevant because the conduct occurred prior to the parties execution of their 2015 contract.  Click for a recent Courier Journal article discussing the case.  Pitino's argument presents the court with a nuanced question of contract law:  whether conduct that occurred during the operation of a prior contract can support a claim for breach of contract after the parties supersede or substitute their prior agreement with a new contract.

If you are unfamiliar with the scandals, in late 2017 news broke about a nationwide criminal investigation into NCAA men's basketball coaches and their staff members allegedly bribing recruits to play for their respective teams in what the FBI is calling a "pay-to-play" scheme.   Around the same time the NCAA concluded an investigation into an escort scandal at the University of Louisville in which it found that from 2010 to 2014 Pitino's staff provided escorts to University of Louisville basketball players and recruits.  The ULAA cited Pitino's connection to the scandals as constituting a material breach of various terms of the 2015 contract by Pitino and accordingly providing "just cause" to terminate the contract.  Following his termination, Pitino filed a lawsuit in which he argued that the pay-to-play scandal did not inculpate Pitino or his staff and cannot serve as a basis to terminate Pitino's contract.  Indeed, the pay-to-play scandal led to the indictment and prosecution of several defendants, and wiretap recordings presented during trial in April 2019 made headlines because the evidence exculpated Pitino and inculpated other big names, like Arizona's head coach Sean Miller.  These wiretaps and other revelations may help Pitino's civil action by undermining the ULAA's claim that Pitino's connection to the pay-to-play scandal constituted "just cause" for termination of his contract with the ULAA.   Click for an overview of some of the evidence presented at trial and other investigatory developments.  If Pitino is successful in establishing that his attenuated and innocuous connection to the pay-to-play scandal did not give rise to just cause for his termination, Pitino's lawsuit against the ULAA comes down to whether the escort scandal created just cause to terminate the contract.

It is necessary to understand the timeline of Pitino's two contracts with the ULAA to appreciate Pitino's argument that the escort scandal cannot serve as a basis for termination of Pitino's contract.  In July 2012 Pitino and the ULAA executed a contract for Pitino to serve as Louisville's head coach through 2022.  However, in July 2015 Pitino and the ULAA executed a superseding contract that provided Pitino with additional compensation and expressly replaced the 2012 contract.  Shortly after execution of the superseding contract, in October 2015, Yahoo! reported an NCAA investigation into allegations that Louisville's Director of Basketball Operations, Andrew McGee, provided escorts for prospective and current players between December 2010 and June 2014.  In June 2017, the NCAA found that McGee did in fact provide escorts and found Pitino violated NCAA bylaws that require a coach to monitor assistants and staff to ensure compliance with NCAA rules and regulations.

Pitino's argument is well reasoned, but it would still require the court to create new precedent in Kentucky by finding a novation results in a waiver of unknown claims.  Pitino should also temper any optimism about his breach of contract action against the ULAA because the NCAA cited Pitino in 2017 for violations of NCAA bylaws - after he executed the superseding contract - as a result of the NCAA's investigation into the escort scandal.  Indeed, this NCAA citation in and of itself may constitute a breach of the 2015 contract.  On the other hand, the ULAA and University previously issued statements defending Pitino as innocent of wrongdoing that may undermine its reliance on the escort scandal as a basis to terminate the contract for just cause.

Whatever happens in Pitino's case, keep an eye on where the court comes out on whether the ULAA released all known and unknown claims by superseding the 2012 contract.  The Court's ruling may create new precedent and require Kentucky attorneys to begin expressly reserving claims in superseding contracts that their client might have under the prior contract.