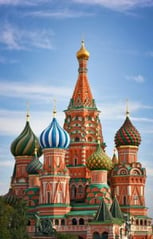 The special counsel’s investigation into Russia’s alleged meddling in the 2016 presidential election has already brought significant national attention to the Foreign Agents Registration Act and the crime of making false statements to Congress.  Currently, debate is underway about whether the Logan Act, which was enacted in 1799, is too antiquated to be used by the special counsel.  However, the country's focus could soon turn to more contemporary anti-corruption laws that govern acts of public officials.  Federal anti-corruption statutes could be a viable prosecutorial vehicle for the special counsel given the broad range of conduct anti-corruption statues cover.  Moreover, just last year, the Supreme Court clarified a fundamental principle of anti-corruption legislation:  the definition of an "official act."

Recently, pundits speculated that additional charges might be brought for campaign officials promising pro-Russian policies in exchange for Russian assistance.  Speculation about these charges is rooted in reports that campaign officials discussed a reprieve for Russia from sanctions under the Magnitsky Act.  When it comes to the prosecution of federal officials for acting on their official authority in exchange for a benefit (anything of value), there are a handful of statutes that federal prosecutors may employ.  These statutes include, for example, the Hobbs Act, the federal bribery statute, honest services wire fraud, and federal program bribery.  Each statute criminalizes the reception of a benefit by a public official in exchange for the official acting or promising to act on his official authority.  Fundamental differences exist among the above referenced statutes, but the key element common to each is the requirement that the promised or received benefit is in exchange for an "official act" or the promise to take such an action (quid pro quo).  Accordingly, what constitutes an official act is a critical determination when evaluating whether a public official’s behavior is criminal under federal public corruption law.

What Defines an Official Act

Elements of the Definition

In its June 2016 session, the Supreme Court heard the high-profile McDonnell v. United States case and weighed in on the scope of the definition of an "official act." The Court specified that the first element of the definition requires a formal exercise of governmental power.  The Court concluded this requirement of a formal exercise of power is the connotation of the "cause, suit, proceeding, or controversy" language in the definition of an official act.  In turn, the Court explained that "question" and "matter" must be interpreted in consideration of the words that follow: "cause," "suit,"  "proceeding," and "controversy."  Thus, "question" is understood as a "subject or point of debate or a proposition being or to be voted on in a meeting, such as a question before the senate."  McDonnell v. United States, 136 S. Ct. 2355, 2368 (2016).  A "matter" is limited to "a topic under active and usually serious or practical consideration," such as a matter that "will come before the committee." Id. Read together, the entire phrase requires an official governmental proceeding that involves an exercise of governmental power, e.g., an agency determination or committee hearing. Id.  For example, the Court agreed that government committee decisions on whether state universities would undertake certain scientific research projects or whether a state commission would allocate grant money for a study constitute "questions" or "matters" because each involved a formal exercise of government power similar in nature to a lawsuit, administrative determination, or hearing.  Id., at 2370.

Federal public corruption law is a dynamic, complex area of criminal law and the definition of an official act is one of many tedious nuances in the space.  The Supreme Court certainly provided welcomed clarity to the definition of an official act, but the conduct that qualifies as a "decision or action" still remains somewhat indistinct.  The reemergence of criminal laws like the Logan Act demonstrate how the Russia investigation could make any number of federal criminal laws suddenly relevant to Americans.  Keep an eye out for anti-corruption statutes to come into play as the special counsel's investigation proceeds.