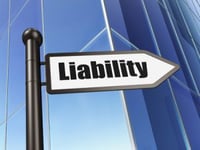 I previously wrote about the case of Jesner v. Arab Bank, PLC, which asked whether corporations can be liable under the Alien Tort Statute ("ATS"), 28 U.S.C. §1350.  Victims of human rights violations in foreign nations (including terrorism) had made successful claims under the ATS against individual people, but the viability of such claims against corporations was a question left undecided by the U.S. Supreme Court.  Recently, the Court answered that question with a resounding "no."  200 L. Ed. 2d 612 (2018).

The Court explained that the ATS, an obscure statute from 1789, "was intended to promote harmony in international relations by ensuring foreign plaintiffs a remedy for international law violations in circumstances where the absence of such a remedy might provoke foreign nations to hold the United States accountable. . . .  But here, and in similar cases, the opposite is occurring."  Id. at 635.  The Court ruled that "the formulation of principles of international and domestic law are matters that the political branches are in the better position to define and articulate.  For these reasons, judicial deference requires that any imposition of corporate liability on foreign corporations for violations of international law must be determined in the first instance by the political branches of the Government."  Id. at 637.  Justice Thomas rather succinctly explained the underlying rationale for the decision in his concurring opinion:  "Courts should not be in the business of creating new causes of action under the [ATS], especially when it risks international strife."  Id. at 638.  (Thomas J., concurring)

The decision is a blow for the families of victims of overseas human rights violations, who had hoped the ATS would provide an avenue to receive compensation from companies that finance terrorist activities.  On the flip side, it should remove what has been perceived as a complication for foreign relations, and it may increase the number of foreign companies undertaking to conduct business in the United States who may have otherwise viewed potential liability exposure under the ATS as a concern.