The Digital Fourth Amendment and Your Reasonable Expectation of Privacy

As my colleague, Scot Ganow, suggested earlier this year, it won’t be long before the Supreme Court again finds itself at the intersection of Fourth Amendment jurisprudence and evolving technology. He was right. Slowly but surely, there is a split developing over the protection of cell site location information, both real-time and historical. This particular split – or split-in-waiting – has a little bit for everyone: privacy enthusiasts, who are waiting to see if the Supreme Court will continue the “digital is different” trend; Fourth Amendment scholars, who are anxious to dissect any application of the mosaic theory versus a growing privacy theory; and law enforcement officials, who are likely waiting to see how they can operate from day-to-day.

Cell site location information, or CSLI, is a record of calls made by an individual. More than that, it typically includes information on the cell tower that carried the call as well as the direction of the user from the tower. Why is this important? Because while not as precise as GPS location, CSLI makes it possible to extrapolate the location of a cellphone user at the time and date reflected in the call record. Given the prevalence of cellphones in today’s society, CSLI can be an indispensable tool for law enforcement.

The issue came to a head recently in Tracey v. Florida (2014 Fla. LEXIS 3072 (Fla. Oct. 16, 2014)) where the Florida Supreme Court specifically addressed whether accessing CSLI in real-time in order to track a person amounts to a search that requires a warrant based on probable cause. In a small, but celebrated, victory for privacy advocates, a 5-2 court answered that: (1) it was a search, and (2) it required a warrant based on probable cause.

The underlying facts of Tracey are unremarkable, as they sometimes are in Fourth Amendment cases. Police had obtained an order authorizing the installation of a pen register, which records numbers dialed from a phone; as well as a trap & trace, which records numbers received by the phone. Without obtaining an additional order or warrant, the same officers “used information provided by the cellphone service provider,” including real time CSLI. Id. at 2. Police used this additional information to monitor Tracey, and an additional suspect, and both were eventually arrested. Both the trial court and appeals court found that because Tracey was moving about on a public street (for the most part), he had no reasonable expectation of privacy, thus no warrant was necessary to use real-time CSLI to track him.

Florida’s highest court disagreed, stating that “regardless of Tracey’s location on public roads, the use of his [CSLI] . . . in order to track him in real time was a search . . . for which probable cause was required.” Id. at 53. Notably, and we’ll see this come up again, the court held that Tracey had a subjective expectation of privacy in his cellphone’s location signals, as they were transmitted solely for the personal and private use of his cellphone, and that he did not voluntarily convey that information to his service provider for any other use. This begs some questions that will likely come up again. What did Tracey know was being conveyed to his service provider? What do most people? The court, perhaps in an attempt to leave a narrow footprint, limited its opinion to real-time CSLI, rather than historical CSLI, though it is not a distinction that I believe will be of tremendous import in any meaningful Fourth Amendment analysis.

Tracey came on the heels of an Eleventh Circuit decision, United States v. Davis (754 F.3d 1205 (11th Cir. 2014)), which protected historical cell site information. That’s two for the privacy advocates. Now, before going too deep into this decision, it is important to note that it has since been vacated and will be reheard en banc. So, maybe it’s still only one for the privacy advocates. Nevertheless, the appellate panel’s ruling is interesting.

Davis participated in a number of armed robberies. In fairness to the government, he participated in quite a few. Eyewitness testimony, DNA evidence and video surveillance all played a large part in his conviction. However, the government also obtained and introduced historical CSLI, which showed that Davis’ cellphone had placed or received calls from co-conspirators at the time of the robberies in the area around the locations where the robberies occurred.

The Eleventh Circuit held that obtaining Davis’ CSLI records amounted to a search in violation of the Fourth Amendment. “One’s cellphone, unlike an automobile, can accompany its owner anywhere,” the court wrote, perhaps unaware of the size of the latest phablets. Id. at 1216. Continuing, the court noted that it’s the exposure of the CSLI that converts an otherwise private event into a public one and that CSLI is different from GPS data, in that CSLI is more like communications data than GPS data.

Well, this is interesting. Some facts (or events) are inherently private under the Fourth Amendment. Is it simply the revelation of the fact/event or is it the aggregation of such facts/events? The court seems most concerned with the aggregation, and I don’t blame it. However, aren’t many of the facts that the court considered already on display to law enforcement? Can’t a police officer, from a public vantage point, watch you go in and out of “the home of a lover, or a dispensary of medication, or a place of worship…”? Id. at 1216. I don’t think anyone would consider that a violation of a reasonable expectation of privacy. Some criminal procedure scholars have already latched on to this line of reasoning as being potentially problematic. As I mentioned, the Eleventh Circuit has since vacated this decision and will rehear it en banc.

Davis, itself, split from the 2013 Fifth Circuit case, In re: Application of the United States of America for Historical Cell Site Data, 724 F.3d 600 (5th Cir. 2013). In that case, the United States applied for a court order under the Stored Communications Act to compel cellphone providers to disclose location information about particular phones suspected in criminal investigations. In short, the Magistrate Judge denied the government’s applications on Fourth Amendment grounds, the District Court adopted the Magistrate Judge’s decision, and the Fifth Circuit reversed.

In giving the government a rather big win, the Fifth Circuit held, among other things, that historical CSLI is not protected under the Fourth Amendment because it amounts to a business record of the phone company. As reasoned by the court, the caller conveys CSLI to the provider so that the provider can perform the service for which the caller pays, i.e., connecting the call. To some extent, I actually agree with this. A customer knowingly transmits information to the service provider and likely only expects it be used for connecting the call, nothing else.

However, the court also found that most cellphone users know that a cellphone call conveys CSLI, that the provider retains CSLI and that it will be turned over with a court order. This argument, which presumes more knowledge of cellphone users than I think is warranted, leads to somewhat of a false equivalence. As the argument goes, both CSLI and the numbers we dial are transmitted to the service provider, and we don’t have a reasonable expectation of privacy in the latter. Most people understand phone technology well enough to know that when you dial a number that number is transmitted to the phone company and that the phone company ultimately connects the call. Going even a step further, it’s probably safe to assume that people understand that cellphones work by sending signals off of nearby towers so that the service providers know where to route the calls. I do think, however, that it’s a stretch to say that most people understand that CSLI is stored, analyzed, accessible by court order, and can be used to paint a picture of your daily life down to a disturbing degree of precision. The jump from dialed numbers to CSLI is a bridge too far for my taste.

So, how will all of this play out? It will depend, in part, on how the Eleventh Circuit ultimately rules in Davis. If it holds that CSLI is protected, then it will setup a split with the Fifth Circuit. If it holds that CSLI is not protected, it will setup a federal/state split with the Florida Supreme Court. In either event, Supreme Court review may not be long now. And, as I write this, the next wrinkle is already developing: federal law enforcement is apparently using airplane-mounted devices (affectionately termed “dirtboxes”) that mimic cellphone towers and essentially trick a cellphone into reporting its unique registration information and location. So the next time your call drops, rather than scolding the kid at the mall kiosk or customer service, first check for any low-flying Cessnas in the area. 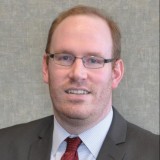