The Sixth Circuit recently addressed this business tort in Saab Automobile AB v. General Motors Company. No. 13-1899, 2014 U.S. App. LEXIS 20514 (6th Cir. Oct. 24, 2014). Saab Automobile AB ("Saab") and its parent company filed suit against General Motors Company ("GM") alleging that GM made public statements that interfered with a transaction Saab had with a potential investor, thereby driving Saab into bankruptcy. The Sixth Circuit affirmed the Eastern District of Michigan's dismissal of the case, finding that Saab had failed to establish a claim under Michigan law.

Saab was once a wholly owned subsidiary of GM. In 2010, GM sold Saab. As part of the sale, the parties entered into a licensing agreement, under which GM granted Saab a license to make and assemble Saab models using GM intellectual property. The agreement prohibited Saab from transferring its rights under the agreement without GM's prior written consent, and permitted GM to terminate the licensing agreement "if Saab initiate[d] a sale or transfer of all or substantially all of its assets . . . without the prior written consent of [GM]." Id. at *2.

Saab faced financial difficulties following the sale, and sought to enter multiple investment arrangements with a Chinese automobile manufacturer to generate financial liquidity. GM refused to approve any arrangements that involved Chinese ownership or control of its licensed technology. Seeking to avoid the requirement of consent or approval from GM, Saab sought to structure a deal in such a manner that any outside ownership and control would be limited to Saab proprietary technology with no reliance on GM technology. Saab and the investor proposed an agreement whereby the investor would hold no less than 70% of the shares and voting power in Saab.

Saab and the investor entered negotiations to finalize the deal. During this negotiation period, a GM spokesperson made multiple public statements regarding the proposed deal relating to its approval right, stating that "Saab's various new alternative proposals are not meaningfully different from what was originally proposed to [GM] and rejected," and "[i]t is wrong that Saab claims that they can do this deal without consulting us." Id. at *5. The potential investor announced that it was unable to reach a deal with Saab "due to GM's position," and Plaintiffs filed suit against GM alleging interference with economic expectancy under Michigan law.

The district court dismissed Plaintiffs' case, finding that Plaintiffs failed to show that they had a valid business expectancy in their agreement with the investor. Additionally, the district court found that Saab failed to establish that GM intentionally interfered with Saab's economic expectancy because GM's actions were motivated by legitimate business reasons, GM's statements were true, and GM's motives were not malicious. The Sixth Circuit affirmed.

The Sixth Circuit found that, despite Plaintiffs' contention, GM had a right to consent to the sale between Saab and the investor. The court then considered whether GM intentionally interfered with Saab's alleged economic expectancy, considering whether "the interference was either (1) a per se wrongful act or (2) a lawful act done with malice and unjustified in law for the purpose of invading the business relationship of another." Id. at *10.

Under Michigan law, "[w]here the defendant's actions were motivated by legitimate business reasons, its action would not constitute improper motive or interference." Id. at *11. As GM was motivated by legitimate business concerns regarding who would receive the benefit of Saab's use of GM's technology and goodwill, the Sixth Circuit found that GM's statements regarding the proposed agreement did not constitute improper motive or interference. Furthermore, the court found that GM acted under a valid contractual right, which cannot constitute a per se wrongful act. 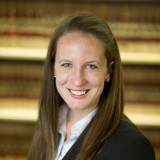