When the "False Light" Goes Out 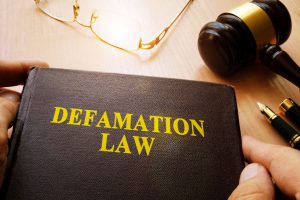 Plaintiffs sometimes try to avoid statutes of limitations and other barriers to defamation claims by re-structuring their claims under the pretense of an invasion of privacy tort or other action.  A recent court of appeals decision in Ohio, however, recognized limits to that practice.

The Second District Court of Appeals, sitting in Montgomery County, recognized that a "false light" invasion of privacy tort should be subject to the same one-year statute of limitations as a defamation claim, at least when the facts as alleged would support either cause of action.  Harvey v. Sys. Effect, LLC, 2nd Dist. Montgomery No. 28497, 2020-Ohio-1642.

The Ohio Supreme Court officially recognized the tort of false-light invasion of privacy in 2007.  Welling v. Weinfeld, 113 Ohio St.3d 464, 2007-Ohio-2451, 866 N.E.2d 1051.  "False light" occurs when one "gives publicity to a matter concerning another that places the other before the public in a false light . . . if (a) the false light in which the other was placed would be highly offensive to a reasonable person, and (b) the actor had knowledge of or acted in reckless disregard as to the falsity of the publicized matter and the false light in which the other would be placed."  Id. at ¶ 61.

The Harvey case stemmed from the plaintiff's 2011 sale of a private residence.  After the sale, the buyers discovered some allegedly undisclosed property damage and sued the plaintiff for fraudulent misrepresentation, fraudulent concealment, and fraudulent non-disclosure regarding the sewer, plumbing, and termites.  A jury awarded the buyers compensatory damages on their claims.  Harvey at ¶ 7.  The verdict was partially reversed on appeal, and the parties reached a settlement before the case could be re-tried.  Id. at ¶ 19.

In 2015, between the jury verdict and the appellate judgment, some of the underlying allegations in plaintiff's litigation were incorporated into continuing education materials for real estate professionals, and plaintiff was identified by name.  Id. at ¶¶ 21-22.  Plaintiff learned about the materials in 2017 and filed a lawsuit containing seven claims.  After the defendants filed motions for summary judgment, plaintiff dismissed all but two of the claims without prejudice, and the trial court granted summary judgment on the remaining claims (false light and a statutory claim for using an individual's persona for commercial purpose without authorization).  Plaintiff challenged the summary judgment on appeal.  Id. at ¶¶ 29-30.

Second, the court affirmed summary judgment on plaintiff's statutory claim brought under R.C. 2741.02.  The court concluded that plaintiff was not protected by the statute and that the educational presentation fell under exemptions from liability.

Because of the strong protection afforded speech under state and federal laws, defamation claims face numerous barriers to success.  In recent years, some plaintiffs trying to retaliate against unwanted publicity – especially on global social media networks, such as Twitter – have attempted to recast their defamation claims under other torts, such as invasion of privacy.  As the Harvey case demonstrates, however, defendants may be able to use protections from defamation law to shield themselves from these claims and avoid penalties for their protected speech.