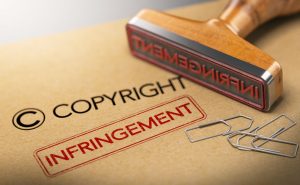 In Skidmore v. Led Zeppelin, 952 F.3d 1051 (9th Cir. 2020), the Ninth Circuit upheld a jury verdict in favor of Led Zeppelin on a claim by the heirs of musician Randy Wolfe that the copyright on his song "Taurus" was infringed by the Led Zeppelin track "Stairway to Heaven."  Skidmore ruled on many points of copyright law as it pertains to musical composition.  This blogpost, though, addresses only one aspect of the decision, specifically, how much leeway plaintiff should have to use the commercially-released recording of the copyrighted musical composition to compare to the defendant's recording, as a way to prove the "substantial similarity" of the two.  Based on Skidmore, one possibility is, to paraphrase a member of another famous heavy metal band, "none; none leeway."  However, as explained below, other courts may choose to be more lenient toward a plaintiff's evidence in light of how each court weighs the competing policy considerations.

"Taurus" is an instrumental written by Randy Wolfe of the rock group Spirit and included on Spirit's first album, released in 1967.  Plaintiff in Skidmore, the trustee of the Randy Wolfe Trust (Wolfe died in 1997), sued Led Zeppelin in 2014, alleging that the intro of "Stairway to Heaven," which was released in 1971, infringed the copyright on "Taurus."

Proof of copyright infringement requires a finding of "substantial similarity" between the allegedly infringing work and the protectable elements of the copyrighted work.  In the course of upholding the jury's verdict in favor of Led Zeppelin, the Ninth Circuit ruled that the district court did not err by excluding from evidence Spirit's recording of "Taurus," which Plaintiff wanted to play to the jury to prove substantial similarity with the Led Zeppelin recording.  Skidmore, 952 F.3d at 1063-64.

The court's analysis relied on the 1909 Copyright Act, which, although replaced by the 1976 Copyright Act, remains curiously relevant to 21st century litigation.  The reason is that the 1976 Act has an effective date of January 1, 1978.  For a work like "Taurus" copyrighted before 1978, the question of what is copyrighted is defined by the law in place at the time.

Under the 1909 Act, copyright on a published musical composition was secured at the time of publication by affixing a notice of copyright to the sheet music.  Section 11 of the 1909 Act set forth an alternative method of securing copyright of an *unpublished* work – depositing a paper copy of the work with the Copyright Office – which is how "Taurus" was copyrighted.  (In contrast, under the 1976 Act, copyright begins at the time of creation of a work, regardless of publication status.  Also, in order to register with the Copyright Office any recorded works that are not published as sheet music, the registrant may now submit a "phonorecord" of the work, or the registrant can submit a digital file, if the work exists only in digital form.  Copyright Office Circulars No. 50 and 56A.)

In 1967, "publication" in the context of musical compositions strictly meant published sheet music (although the sheet music could be infringed by a recording or a performance).  Releasing a vinyl record of a performance of a musical composition did not "publish" the song for a purpose of copyright law, which Congress, in the 1976 Act, retrospectively made clear.  17 U.S.C. Sec. 303(b) ("[t]he distribution before January 1, 1978 of a phonorecord, shall not for any purpose constitute a publication of any musical work . . . embodied therein.").  Thus, the release of "Taurus" on a Spirit album in 1967 did not "publish" it.  The only copyright protection for the work derived from the (written) deposit copy.

The court in Skidmore concluded that the copyright on an unpublished musical composition copyrighted pre-1978 extends no further than what is shown in the music transcribed on the deposit copy.  952 F.3d at 1063-64.  As to "Taurus," the copy deposited in 1967 "is a single page of sheet music" (id. at 1062), which does not contain certain "embellishments" included in the recorded performance of the song released on vinyl (id. at 1064).  The court ruled that, since "the deposit copy defines the four corners of the 'Taurus' copy," the district court did not err in "declin[ing] Skidmore's request" to play for the jury the commercially-released recording of "Taurus" to show substantial similarity.  Id.

Despite upholding the trial court's exclusion ruling, Skidmore arguably leaves open the question of whether, given the wide discretion that trial courts are given on exclusion and admission of evidence, it would have been reversible error if the trial court had *allowed* the jury to hear it.

A district court has already been confronted with the issue of whether a court *must* exclude the recording from evidence under a similar fact pattern.   Griffin v Sheeran involves a claim that the copyright on the song "Let's Get It On" is infringed by the Ed Sheeran's "Thinking Out Loud."  Citing Skidmore, the court granted a motion in limine that limits Plaintiffs to comparing the two pages of sheet music deposited with the Copyright Office in 1973 to Sheeran's work to prove substantial similarity.  Any "embellishments" not on the deposit copy are unprotected.  2020 U.S. Dist. LEXIS 52908, *2 (S.D.N.Y. March 24, 2020).

Defendant wanted the court to go further and exclude evidence Marvin Gaye's commercially-released 1973 recording of  "Let's Get It On," which includes " drums . . . guitars, Gaye's vocal performances, horns, flutes, etc., which do not appear in the simple melody of the Deposit Copy."  Id. at *3.  While acknowledging that playing "the Gaye second recording" might confuse the jury into thinking it represents what is protected by copyright (id.), the court nonetheless "deferred until trial" rulings on whether "portions [of], or the whole Gaye sound recording may be played or otherwise referred to at trial" (id. at *4).

The hesitation of the court in Griffin is understandable.  While there is reason to be concerned that the jury will confuse the uncopyrighted commercial recording with what is actually copyrighted by the paper deposit (which confusion the plaintiff may wish to invite), the counterpoint is that, for  jury comprehension, there has to be *some* performance of the copyrighted musical work for the jury, which presumably includes persons who (like songwriters Irving Berlin, John Lennon, and Paul McCartney) cannot read sheet music.  Williams v. Bridgeport Music, Inc., 2015 U.S. Dist. LEXIS 192348, *9 (C.D. Cal. Jan. 28, 2015) ("[a]s the ordinary person presumably cannot sight-read music and determine its sound, the sheet music alone is inadequate" for determining substantial similarity).

In Skidmore, for example, the trial court permitted "Skidmore’s master guitarist, Kevin Hanson, [to] perform[ ]  the Taurus deposit copy as he interpreted it."  Skidmore, 952 F.3d at 1063.  In, Williams, to determine whether the song "Blurred Lines" infringed the copyright in "Got to Give It Up," another unpublished work copyrighted under the 1909 Act via the deposit method, the jury was allowed to hear a doctored version of the Marvin Gaye commercial recording that included only "relevant portions . . .  that substantially reflect the subject matter of the copyright deposit sheets."  2015 U.S. Dist. LEXIS 192348 at *10.

Given the continued commercial popularity of pre-1978 pop music, there will likely be more copyright infringement cases involving pre-1978 unpublished musical works.  It will be interesting to see the extent to which those courts follow Skidmore in not allowing the jury to hear the commercial recording embodying the work, as they weigh necessary jury comprehension against potential jury confusion.