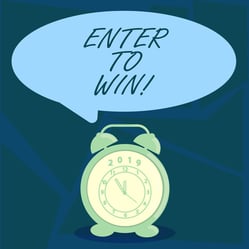 As I reported in my blog "Oh [Bend and] Snap! Reese Witherspoon and her Company Draper James Are Sued for an Alleged Illegal Lottery/Sweepstakes and Fraudulent Marketing Gimmick", on July 31, 2020, Reese Witherspoon and her fashion boutique company Draper James filed a motion to dismiss arguing that the multiple claims brought against them arising out of a dress giveaway promotion to honor teachers during the Covid-19 pandemic failed as a matter of law.

On August 27, 2020, the District Court denied without prejudice Ms. Witherspoon and Draper James' motion to dismiss because the motion relied on materials outside the pleadings. Under the Federal Rules of Civil Procedure, a motion to dismiss for failure to state a claim upon which can be granted (a Rule 12(b)(6) motion) is determined solely on the allegations contained in a plaintiff's complaint. "If, on a motion under Rule 12(b)(6)…, matters outside the pleadings are presented to and not excluded by the court, the motion must be treated as one for summary judgment under Rule 56." Fed. R. Civ. P. 12(d). The District Court in this case refused to consider three of the four exhibits that Draper James and Ms. Witherspoon attached to their motion to dismiss -- (1) a webpage entitled "Drape James, Teacher Appreciation FAQs"; (2) a New York Post article available online discussing the promotion and stating that it was limited to 250 dresses; and (3) a Romper article, available online, also stating the same information – finding that these documents "would more appropriately be considered at summary judgment." (Order, p. 1, 3). The court rejected the argument that it could consider these materials under the doctrines of incorporation by reference and judicial notice. Under the doctrine of incorporation by reference, certain documents are treated as part of the complaint itself when the plaintiff relies extensively on the document or it forms the basis of the claims. "The mere mention of the existence of a document is insufficient to incorporate the contents of the document. . . . [I]f the document merely creates a defense to the well-pled allegations in the complaint, then that document did not necessarily form the basis of the complaint. (Order, p. 2). In the First Amended Complaint filed by the plaintiffs, neither the FAQs nor the two online articles are mentioned. Rather, the documents support Draper James and Reese Witherspoon's defenses to the claims. (The only document the court would incorporate by reference was the Draper James Instagram post because the plaintiffs quoted and relied extensively on it in their First Amended Complaint.)

The District Court also rejected giving the materials "judicial notice." "Facts subject to judicial notice are those which are either generally known within a trial court's territorial jurisdiction or can be accurately and readily determined from sources whose accuracy cannot reasonably be questioned." (Order, p.3). Here, the court found that the defendants failed to identify which facts in the documents could be judicially noticed nor did they explain why the documents could be judicially noticed in the first place. Thus, it would not give the documents judicial notice.

On September 3, 2020, Draper James and Reese Witherspoon filed another motion to dismiss relying solely on the allegations in the First Amended Complaint and the Instagram post as allowed by the Court. The arguments raised in this motion to dismiss were basically the same as those raised in the prior motion: as a matter of law the plaintiffs' claims all fail: "(1) all the claims fail because they rely on a gross mischaracterization of the Instagram post; (2) Plaintiffs cannot bring their claims because they allege neither residency nor injury in any state; (3) all claims fail because they fail to adequately allege Defendants caused them harm; (4) the claims of unjust enrichment and violations of California Business and Professions Code section 17200 all fail to establish the lack of an adequate remedy at law; (5) Plaintiffs fail to establish that they are 'consumers' under the California Legal Remedies Act or allege that any reliance or misrepresentation occurred; (6) Plaintiffs lack standing under section 17204 and fail to establish any unfair, unlawful, or fraudulent conduct under California Business and Professions Code section 17200; and (7) Plaintiffs cannot show any violation of New York General Business Law section 349." (Motion, p. 2).

Thereafter, on September 11, 2020, the named Plaintiffs filed a Notice of Voluntary Dismissal Pursuant to Fed. R. Civ. P. 41. "[T]he parties hereby stipulate that Plaintiffs' individual claims are voluntarily dismissed with prejudice, and the class allegations and claims in the action are dismissed without prejudice to putative class members other than Plaintiffs and without notice." While the case is dismissed as to the named Plaintiffs, the voluntary dismissal leaves open the door for other plaintiffs to try to file a lawsuit. While a possibility, it seems highly unlikely, given the information that Draper James and Reese Witherspoon made known in the briefing for this case. There is no plausible claim, even amidst a pandemic, that every teacher who responded to the Instagram post was entitled to or guaranteed to receive a free dress.