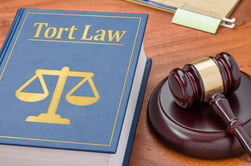 In this series on combatting the risks of departing employees, Faruki attorneys have examined how Ohio is an at-will employment state, when exceptions to that rule apply, and what claims terminated employees can potentially bring under statutes regarding equal employment opportunity and retaliation.  This post continues that discussion by considering three tort claims that a terminated employee might bring – defamation, invasion of privacy, and interference with an employment relationship – and how businesses can protect themselves against such claims.

Defamation occurs when a statement or publication contains a false assertion made with some degree of fault that injures a person's reputation or adversely affects his or her trade, business, or profession.  In the employment context, defamation claims can arise in a number of situations, including evaluations, internal investigations, employee references, and other assertions about an employee's departure.

There are several defenses to such claims.  For example, Ohio courts recognize the defense of "qualified privilege," which protects statements made in a reasonable manner and for a proper purpose, including statements about discharged employees to the employee's prospective employer (i.e., a reference).  That defense can be defeated only if the employer actually knew the statement at issue was false or had serious doubts about its truth.  In addition, statements of opinion (as opposed to falsifiable fact) are protected by both the United States and Ohio Constitutions.

To avoid defamation claims by departing employees, employers can take various steps, including maintaining objective personnel files and keeping their contents confidential, reasonably investigating suspected wrongdoing, providing references only in writing, and having clear policies against disparaging former employees, whether directly to potential employers or more broadly, as on social media.

Ohio courts recognize four distinct types of actionable invasion of privacy:  (1) the unwarranted appropriation or exploitation of one's personality, (2) the publicizing of one's private affairs with which the public has no legitimate concern, (3) the wrongful intrusion into one's private activities in such a matter as to cause outrage or mental suffering to a person of ordinary sensibilities, and (4) the giving of publicity concerning another that places the other in a false light that would be highly offensive to a reasonable person with knowledge or reckless disregard that the matter was false.

Employers are typically concerned with the third category, which is also known as intrusion upon seclusion.  This "right to be left alone" creates liability only when the intrusion would be highly offensive to a reasonable person. Consent, however, is an absolute defense.  For example, the Supreme Court of Ohio recently held that an employer's collection of urine samples for drug testing under a direct-observation method was not an invasion of privacy when the employee consented to the test without objection.

Beyond drug testing, employers should be mindful of ways in which they intrude upon the private lives of their employees, particularly as many work from home and rely on private devices to conduct business.  Employers should have clear policies that address any potential monitoring to limit claims of any reasonable expectations of privacy.

Such claims are treated akin to defamation claims, i.e., the same qualified privilege applies, and the speaker of statements giving rise to such actions must either know the statement to be false or have reckless disregard for the truth.  Thus, an employee who does not have a viable defamation claim cannot recast it as an interference claim.

Follow this space for more information about these issues and other involuntary termination topics as we continue our series on combatting the risk of departing employees.