Combatting the Risks of Departing Employees Part Nine: What to Expect When a Former Employee Files a Claim of Workplace Discrimination 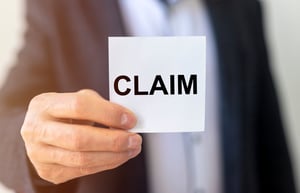 Faruki's blog series has discussed the ways to minimize the risk of departing employees.  This post addresses what an employer can expect when, despite all best efforts, an employee brings a claim of unlawful discrimination.

Ohio law requires an employee that claims she was terminated for a discriminatory reason to comply with certain requirements before she files a lawsuit in court.  The Ohio Civil Rights Commission ("OCRC") is the state agency tasked with enforcing Ohio's anti-discrimination laws.  As discussed earlier in this series, Ohio law prevents an employer from terminating an employee based on race, color, religion, sex (including pregnancy), military status, national origin, disability, age, or ancestry. Before the employee can rush to court to file a lawsuit, he or she must first go through the OCRC's process for investigating claims of employment discrimination.

Within two weeks, the OCRC will send the employee's charge to the former employer.  The notice will contain a copy of the employee's affidavit, contact information for the investigator, and notice of the OCRC's mediation program.

Responding to the Charge

The OCRC provides the employer and former employee the opportunity to resolve the dispute through a confidential mediation.  The purpose of the mediation is to resolve the dispute in a timely, cost-effective manner, but both parties must agree to mediate.  The OCRC tries to bring the parties together within 30 days of the charge being filed. Participating in the OCRC's mediation is confidential, voluntary, and free.  The OCRC's mediation program successfully resolves 85-percent of all cases electing this option.

If the parties do not agree to mediate or the mediation does not resolve the matter, then the OCRC opens an investigation.  While the employer is not required to submit documents to the OCRC or grant access to the workplace, employers are encouraged to comply with the OCRC's investigation to expedite the resolution of the charge.  The employer can assist the OCRC's investigation by providing a detailed position statement to rebut the allegations in the employee's charge and attaching any documents (emails, timesheets, HR notes, etc.) in support.  The OCRC may also request documents or other information surrounding the termination and may ask to visit the employer's workplace to interview witnesses, review documents, or gather other relevant information.

The best way to avoid dealing with a complaint of discrimination is to establish a system to prevent discrimination before it happens.  Despite all best efforts, however, an employer may still find itself defending against a claim of discrimination.  Utilizing the OCRC's process can be a way to reduce the employer's costs and pursue an early resolution of the claim. 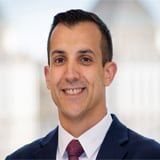