On September 28, 2011, the FTC announced that "[i]n its ongoing effort to stem overhyped advertising claims," it has agreed to resolve charges with Reebok that it deceptively advertised its "toning shoes" as providing "extra tone and strength to the leg and buttock muscles."  Federal Trade Commission v. Reebok International Ltd., Case No. 1:11-cv-02046-DCN, (N.D. Ohio, September 28, 2011).  The settlement pertains to Reebok's sale of its EasyTone walking shoes and RunTone running shoes.  According to the FTC complaint, Reebok is alleged to have made unsupported claims that walking in the EasyTone shoes and running in its RunTone running shoes strengthen and tone key leg and buttock muscles more than regular shoes.  The FTC alleged that Reebok falsely claimed that walking in EasyTone footwear had been shown to lead to 28 percent more strength and tone in the buttock muscles, 11 percent more strength and tone in the hamstring muscles and 11 percent more strength and tone in the calf muscles when compared to regular walking shoes.

The Reebok settlement is interesting for two reasons:

First, there is consumer restitution and the FTC has shown a willingness to work with (or is actively working with) the class action plaintiffs' bar.

The FTC required Reebok to provide $25 million to the U.S. Treasury as "disgorgement."  The FTC allowed the money to be used for "consumer redress," which would be provided by the FTC or "conducted through prompt, court-approved resolution of one or more private class action lawsuits against" Reebok (with the FTC's active participation).  While the $25 million settlement seems significant (and it is), it is small relative to the allegations in the complaint that "toning shoes sales in the United States increased from $17 million in 2008 to approximately $145 million in 2009 [and] . . . peaked in 2010 with sales close to $1 billion."  Reebok acknowledged as much on its website, stating "$25 million was the number that the FTC and Reebok settled on after negotiating. $25 million does not bear a direct correlation to Reebok’s product sales in the toning category."  Frequently Asked Questions regarding the EasyTone FTC Settlement (http://corporate.reebok.com/en/about_reebok/FAQ%20 FTC.asp).  It will be interesting to see how this settlement plays out; especially since it appears to be in combination with a class action that requires court approval.

In July 2010, the FTC announced a settlement with Nestlé S.A. after it was alleged that Nestlé HealthCare Nutrition, Inc. made deceptive claims that BOOST Kid Essentials prevents upper respiratory tract infections in children, protects against colds and flu by strengthening the immune system, and reduces absences from daycare or school due to illness.  In December 2010, the FTC announced that The Dannon Company has agreed to settle charges of deceptive advertising and drop claims that allegedly exaggerated the health benefits of its Activia yogurt and DanActive dairy drink, and by claiming that one daily serving of Activia relieves irregularity, and that DanActive helps people avoid catching colds or the flu.

The above definition of "competent and reliable evidence" is even more noteworthy, given the fact that Reebok did have substantiation (including a study) for its advertising claims.  Reebok states on its website that "[it] tested in labs and on consumers. [It] conducted sway tests, pressure tests, EMG tests and wear tests."  In fact, Reebok provided substantiation in support of the advertising claims (including a study it commissioned in 2008) when the National Advertising Division reviewed the advertising claims.  Reebok International, Ltd. (EasyTone Women's Footwear), NAD Case Report 5263 (December 13, 2010).  The NAD found the study to be insufficient because the test involved only five subjects and the researcher concluded only that the test results suggested the shoe design may potentially produce toning, and that the evidence was insufficient to support Reebok's quantified and general strengthening and toning claims. 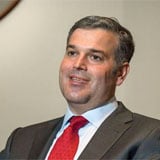