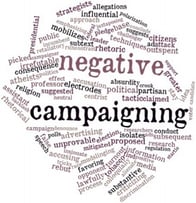 On February 24, a three-judge panel of the Sixth Circuit unanimously struck down Ohio's political false-statements laws as unconstitutional for violating the First Amendment. Susan B. Anthony List v. Driehaus, Slip Op. 14-4008 (6th Cir. Feb. 24, 2016).  In so doing, the Sixth Circuit upheld a 2014 decision by U.S. District Court Judge Timothy Black.  The full Sixth Circuit opinion can be found here, and Judge Black's district court decision is available here.  You can also find a related post authored by FI&C attorney Don Burton here.  The related blog post provides additional background and a review of an amicus brief filed in the case by P.J. O'Rourke and the Cato Institute, which has been affectionately dubbed the "best amicus brief ever."

The Sixth Circuit's decision comes six years after the Susan B. Anthony List (the "SBA List") issued a press release accusing then-Congressman Steven Driehaus of voting for "taxpayer-funded abortion" by voting for the Affordable Care Act. In response, Driehaus filed a complaint with the Ohio Elections Commission (the "Commission") alleging that the SBA List violated Ohio's political false-statements laws.  The SBA List countered by filing suit against Driehaus, among others, seeking declaratory and injunctive relief, alleging that the political false-statements laws violate the First and Fourteenth Amendments to the United States Constitution.  Judge Black of the Southern District of Ohio agreed, and permanently enjoined the enforcement of the false-statement laws.  In his opinion, Judge Black noted that the cure for false speech is more speech, not forced silence.  For those who were not convinced by the Supreme Court precedent supporting his position (i.e., United States v. Alvarez, the "stolen valor" case), Judge Black also quoted Frank Underwood from the popular Netflix series, House of Cards:  "There's no better way to overpower a trickle of doubt than with a flood of naked truth."

Ohio's political false-statements laws prohibit persons from disseminating false information about a political candidate in campaign materials during the campaign season, "knowing the same to be false or with reckless disregard of whether it was false or not, if the statement is designed to promote the election, nomination, or defeat of the candidate." Ohio Rev. Code § 3517.20(B)(10).  The Sixth Circuit found that the political false-statement laws were content based and targeted core speech, and thus, strict scrutiny was applicable.  Though the appellate court found compelling Ohio's interest in preserving the integrity of its elections, the appellate court held that the false-statement laws were not narrowly tailored to achieve this goal.

In support, the Sixth Circuit addressed the laws' substantive overinclusiveness. Specifically, the Sixth Circuit held that the laws' prohibition of non-material false statements (e.g., lying about a candidate's shoe size), and application to anyone who "post[s], publish[es] . . . or otherwise disseminate[s]" false political speech (e.g., a commercial intermediary paid to erect a billboard), was not narrowly tailored to preserve fair elections.  The Sixth Circuit also reasoned that the false-statement election laws' procedures were not narrowly tailored to preserve fair elections, as there was neither a guarantee that the Commission would resolve all complaints prior to the election, nor a process for the Commission to screen out frivolous complaints.  Accordingly, the Sixth Circuit affirmed the District Court, solidifying the demise of what many agreed was a bad law to begin with.

It will be interesting to see whether Ohio's General Assembly attempts to revise the political false-statement laws to address the inadequacies cited by the Sixth Circuit, and whether such an attempt could be successful. We will be monitoring this issue for any future developments and will post updates accordingly.