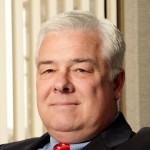 Jeff Cox has been selected to serve as Co-Chair of the 2016 Access to Justice Campaign to benefit and support the work of organizations serving the legal needs of the underprivileged in the Greater Dayton Region, Advocates for Basic Legal Equality ("ABLE"), Legal Aid of Western Ohio ("LAWO") and the Greater Dayton Volunteer Lawyers Project ("GDVLP").

Jeff Cox has been named to the 2016 Executive Leadership Team of the American Heart Association's Greater Dayton Heart Campaign, which culminates with the September 24, 2016 Greater Dayton 5K Heart Walk/Run.  The 2015 Heart Walk was supported by over 10,000 participants and raised $1.75 million.