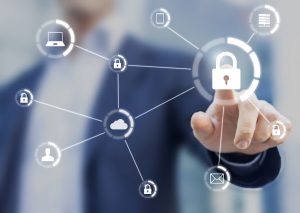 A recent Seventh Circuit case will provide privacy enthusiasts optimism for how well our courts evolve traditional legal principles to address the stream of new privacy issues that arise as the "Internet of Things" expands and is further integrated into our everyday lives.  New previously unavailable types of data are being collected and catalogued due to the development and increased use of smart products like the Amazon Echo and others, such as the new smart refrigerators that can order groceries on our behalf.  Despite the landmark Supreme Court case Carpenter v. United States, 138 S. Ct. 2206, 2215-216 (2018) uncertainty remains as to the reasonable expectation of privacy under the Fourth Amendment in our personal data.  In this regard, the Seventh Circuit's holding in Naperville Smart Meter Awareness v. City of Naperville, 900 F.3d 521 (7th Cir. 2018) is a positive signal that courts will build on Carpenter in order to extend Fourth Amendment protections to various kinds of personal data.

If you do not recall the details of Carpenter, the Supreme Court found an individual has a reasonable expectation of privacy under the Fourth Amendment to cell-site location information ("CSLI"), notwithstanding the fact that this CSLI is shared with a third-party - the wireless service provider.  Carpenter, 201 U.S. at 2215-216.  The holding of Carpenter is significant because typically under the so-called "third-party" doctrine, an individual enjoys no Fourth Amendment protection to information he or she voluntarily turns over to a third-party, even where confidence is placed in the third-party.  Smith v. Maryland, 442 U.S. 735, 743-44 (1979).   Notably, in finding the third-party doctrine does not destroy an individual's expectation of privacy as to the CSLI, the Carpenter Court recognized that a straightforward, mechanical application of the third-party doctrine was a square peg, round hole analysis in light of the "the seismic shifts in digital technology."  Carpenter, 201 U.S. at 2218.  The Supreme Court understood that simply by using a cell-phone, an individual provides the wireless service provider the location data; therefore the Court concluded that the data is not truly shared voluntarily or knowingly.  Id.  However, the Court expressly limited its extension of Fourth Amendment protections to the CSLI, leaving a bevy of issues in digital-age Fourth Amendment jurisprudence unresolved.  Accordingly, some lower courts have declined to read Carpenter broadly to address related issues.  See Ron Cheng, Say the Secret Word: Court Allows Cellphone Search Despite Password Request Before Miranda Warrant, Forbes, Aug. 9, 2018.

The Seventh Circuit contrasts with other courts by extending the rationale of Carpenter to reject the application of the third-party doctrine to a type of data other than CSLI.  In City of Naperville, the city received a grant to update analog electricity meters with modern digital meters, which send data on the energy consumption at a home in fifteen minute intervals.  A coalition of Naperville residents sued the City on the grounds that the collection of this consumption data constituted a warrantless search under the Fourth Amendment.  Specifically, the citizens argued that this data collection is an intrusion of privacy because if the city knows the consumption rate of electricity in a home for every fifteen minutes, then the city can make conclusions as to what is occurring inside the home during those intervals such as when people are home, and what appliances are in use (revealing when people are home, asleep or awake, cooking, showering etc.).  City of Naperville, 900 F.3d at 524.  Privacy advocates contend that the citizens of Naperville are right to raise concerns about their privacy interests due to what the ostensibly harmless utility consumption data can reveal about their in home activities.  In 2017, a murder case made headlines when police used the “Internet of Things” to search water meter data at a suspect’s home the night of the murder (the police found that 140 gallons of water were used between 1 a.m. and 3 a.m. and theorized the suspect had hosed down his patio and hot tub to hide evidence).[1]

The Seventh Circuit held that the City of Naperville did not violate the Fourth Amendment by collecting residents' energy usage data.  City of Naperville, 900 F.3d at 529.  Importantly, however, the Court found the collection of the data did constitute a Fourth Amendment search, and cited Carpenter in rejecting the city’s argument that, under the third-party doctrine, the residents had no expectation of privacy as to their energy consumption data because the residents had already shared the data with their public utility provider.  Id., at 527.  The Court rejected the characterization of the public utility as a third-party, but nonetheless addressed the argument’s merits.  Id.  The Court pointed out that the citizens of Naperville are not voluntarily and knowingly sharing the consumption data, but the data sharing is instead incidental to the use of electricity due to the installation of these advanced digital utility meters.  Accordingly, under the Supreme Court’s rationale in Carpenter, the citizens did not destroy their expectation of privacy as to the consumption data pursuant to the third-party doctrine.  However, because a public utility and not a law enforcement agency collected the consumption data, the Seventh Circuit found that the data collection was non-criminal in nature.  Therefore, collection of the data does not require a warrant if it is determined to be reasonable under the balancing approach.  The Seventh Circuit identified sufficient grounds to find the collection of the data reasonable under this balancing approach, and held the collection constitutional.  Id., at 528-29.

From a privacy law standpoint, it is important to note the Seventh Circuit’s observation and application of the principle set forth in Carpenter - that the ever-accelerating pace of technology continually creates new and serious privacy concerns that are not properly addressed under pre-digital legal principles, like the third-party doctrine.  Although in Carpenter the Supreme Court expressly limited the application of its holding to the cell-phone location data, the Seventh Circuit nonetheless identified how the new smart utility meter technology implicated a privacy right and, in consideration of how the new technology worked, extended the rationale of Carpenter to reject the notion that citizens voluntarily and knowingly shared their consumption data.

It is noteworthy that at least one court has now extended Carpenter's rejection of the third-party doctrine to another type of data in recognition of the fact that we live in a world where technology is an intimate and necessary part of daily life, and transmitting personal data is inescapable.  Indeed, legal commentators have referred to the third-party doctrine as the biggest threat to privacy in the digital age.  (See Olivia Castillo, Is Privacy Still Possible, Criminal Justice, Spring 2018, at 8.)  Questions of our expectation of privacy as to various types of data remain, and neither Carpenter nor City of Naperville fully dispense with continuing concerns about the third-party doctrine's threat to privacy rights.  Going forward, the challenge for privacy advocates will be to impress on courts the argument that the expanding utility of data technology means there is an ever-diminishing element of personal choice when it comes to generating and transmitting personal data.