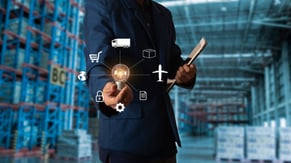 In the final days of 2020, a district court within the Sixth Circuit became the first in the circuit to rely upon the disputed "co-conspirator exception" to the Supreme Court’s "direct-purchaser rule" for civil RICO lawsuits.  The development is significant for future civil RICO plaintiffs: the exception will enable more businesses involved in complex supply or distribution chains to bring civil RICO suits where the direct purchaser rule had previously been a major hurdle.

The RICO statute creates criminal penalties and a civil cause of action for conduct that is part of an ongoing criminal organization.  The RICO statute is considered complex by practitioners, and a matrix of nuanced case law has developed since its 1970 enactment.  In general, a RICO violation requires evidence that a defendant committed two or more specific types of crimes such that the criminal conduct constitutes a "pattern" that occurs directly or indirectly as part of the activity of a criminal organization. Originally enacted to facilitate the criminal prosecutions of organizations like the Gambino, Bonanno, and Lucchese families, the act also provides the right to file a civil lawsuit for treble damages to any person who suffers injury to their "business or property" caused by a violation of the statute.  The right to bring civil actions for treble damages makes RICO an attractive cause of action to use against corporations for misconduct.  For example, Facebook was sued under RICO for the Cambridge Analytica data breach.  In fact, civil RICO actions are now more common than their criminal counterpart – in 2018, over 1,400 civil suits were filed compared to 200 criminal prosecutions.

Like all other claims, to bring a civil RICO claim, a plaintiff must show that they have "standing."  And, in Illinois Brick Co. v. Illinois, the Supreme Court held that to have standing in a RICO case a plaintiff must establish that it suffered direct harm from the defendant's conduct. 431 U.S. 720, 744-46 (1977).  This standing requirement in a RICO action is referred to as the "direct purchaser rule";[1] this rule means that a would-be plaintiff does not have standing to file a RICO suit where another party first suffered harm from the RICO violation that they then "passed on" to the would-be plaintiff.  For example, in Illinois Brick, the defendant fixed prices of concrete that it manufactured, which it sold to construction contractors.  Id. at 726.  The construction contractors purchased concrete directly from the manufacturer and thus directly suffered the harm of the defendant's price fixing by paying at an increased price.  The contractors then set off the increased cost of the concrete by bidding proportionally higher on Illinois' public construction projects.  Id.  Illinois filed suit for the price-fixing, but the Supreme Court held that Illinois lacked standing and dismissed the action.  Specifically, the Supreme Court reasoned that the contractors "passed on" the harm they suffered from the price fixing to Illinois by increasing the amount they bid on Illinois' public project contracts.  In this regard, Illinois suffered an indirect harm that was derivative of the harm that the contractors suffered when they initially paid the increased price for concrete.

The direct purchaser rule is a major pleading hurdle for businesses involved in the multi-level supply or distribution chains that dominate our global economy.  In such cases, the rule allows RICO defendants to obtain a dismissal on the pleadings by showing that there is a more direct purchaser in the distribution chain than the plaintiff.  There are often more direct purchasers for defendants to point to in motions to dismiss due to the nature of supply and distribution networks.  In these instances, the would-be RICO plaintiffs may suffer significant economic harm, but are unable to file a RICO action because a business higher up the chain first suffered that harm and passed it down the chain.  The Supreme Court has recognized only two limited exceptions to the direct purchaser rule and cautioned courts against finding any other exception to the direct-purchaser rule in the future, even in seemingly deserving cases.  Id. at 745; Kansas v. Utilicorp United, Inc., 497 U.S. 199 (1990) (citing Illinois Brick at 744) ("We nonetheless believe that ample justification exists for our stated decision not to 'carve out exceptions to the rule' . . . allowing an exception, even in rather meritorious circumstances, would undermine the rule").

Notwithstanding the Supreme Court's caution against creating an exception to the direct purchaser rule, the Seventh Circuit Court of Appeals created what is now known as the "co-conspirator exception" to the direct-purchaser rule.  Paper Sys. v. Nippon Paper Indus. Co., 281 F.3d 629 (7th Cir. 2002).  Under this exception, the first purchaser outside of the RICO conspiracy has standing to sue even where they are 'downstream' in the supply or distribution chain.  Id.  In other words, the first business in the chain that is not a member of the conspiracy is considered a direct purchaser.  For example, in Illinois Brick, Illinois would have had standing under the exception to pursue a RICO action against the manufacturers if the contractors conspired with the concrete company to fix the price of concrete.

The co-conspirator exception reshapes the landscape of RICO litigation by making it easier for plaintiffs to avoid dismissal on the pleadings and to force cases into the discovery phase.  Pleading a civil RICO claim is complicated, and the complexity has made dismissals for failure to state a claim commonplace under Fed. R. Civ. P. 12(B)(6) .  This is especially true where a case involves complex supply or distributions.  The nature of these cases implicates the direct purchaser rule, and courts find such cases "better suited to dismissal on the pleadings than a RICO case with a traditional proximate-cause problem (e.g., a weak or insubstantial causal link, a lack of foreseeability, or a speculative or illogical theory of damages)."  Trollinger v. Tyson Foods, Inc., 370 F.3d 602, 615 (6th Cir. 2004).  Under the exception, plaintiffs can avoid dismissal on the pleadings due to the direct purchaser rule by alleging that other businesses higher up in the supply chain – businesses that would otherwise be the direct purchaser – participated or were complicit in the RICO conspiracy.  In fact, due to general requirements for pleading the existence of conspiracies, plaintiffs can sufficiently plead that the other businesses participated in the conspiracy without even naming the business or specifying its role in the conspiracy.  See e.g., Hewlett-Packard Co. v. Arch Assocs. Corp., 908 F. Supp. 265, 269 (E.D. Pa. 1995) (finding the allegations, although bare, sufficient to state a claim even though the co-conspirators role is not alleged); William Inglis & Sons Baking Co. v. Itt Cont'l Baking Co., 668 F.2d 1014, 1053 (9th Cir. 1981).

First Court within the Sixth Circuit Recognizes the Co-Conspirator Exception

The First and Sixth Circuits have not yet addressed the exception.  However, in Gamboa v. Ford Motor Co., a District Court for the Eastern District of Michigan became the first court within the Sixth Circuit to recognize the co-conspirator exception.   No. 18-10106, 2020 U.S. Dist. LEXIS 223814 (E.D. Mich. Nov. 30, 2020).  In Gamboa, a class of plaintiffs brought an action against Ford and companies that supplied Ford with devices that allowed Ford to 'cheat' on its emissions test.  In short, the plaintiffs alleged that Ford falsely advertised that its Super Duty trucks met EPA emissions standards.  Id. at *1-14.  The supplier of the 'cheat device' argued that it is a component supplier that sold to a manufacturer, Ford, which in turn sold to Ford dealers, which sold Ford vehicles to consumers.  Id. at *26.  Therefore, according to the supplier, it is three levels removed from the consumer-plaintiffs.  And, per the supplier's argument, it is the dealerships – like the general contractors in Illinois Brick – that are the proper RICO plaintiffs because the dealerships suffered the direct harm when they purchased the vehicle from Ford.  Id.  The court rejected the supplier's argument and instead adopted the co-conspirator exception.  The court found that the plaintiffs adequately alleged that the Ford dealers participated or were complicit in the RICO conspiracy.  Specifically, the court found that the complaint alleged the dealerships participated in the conspiracy based on a (generous) interpretation of the complaint's allegation that "there are no more directly affected plaintiffs."  Id. at *29.  Accordingly, under the co-conspirator exception and the dealerships participated in the conspiracy, the plaintiff-consumers were the first purchasers outside the conspiracy and are thus direct purchasers.  Id. at *30.

The court's generous reading of the plaintiffs' complaint in Gamboa illustrates the impact that the co-conspirator exception has on the ability of RICO plaintiffs to survive a motion to dismiss for failure to state a claim and move a case into discovery.  In Gamboa, the court applied the exception even though the Complaint did not expressly allege the dealerships participated in the conspiracy.  The plaintiffs in Gamboa can now push the case into what is often a costly discovery phase.  Ultimately, however, standing can still become a death-knell to a plaintiff's case if they fail to show that other parties higher up the distribution chain were involved in the conspiracy.

The co-conspirator exception clears a major pleading hurdle for plaintiffs and makes it possible for more businesses to pursue civil RICO lawsuits for treble damages.  Notably, unlike the Third, Fifth, Ninth, and Eleventh Circuits, the Gamboa court did not limit application of the exception to price-fixing conspiracy cases.  Now, the validity of the co-conspirator exception is likely to reach the Sixth Circuit as more plaintiffs test the exception in the wake of Gamboa.