Market Manipulation and Its Band of (Not So) Merry Men: The Fallout From the Robinhood Trading Freeze 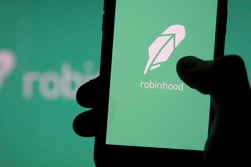 On January 28, 2021, Robinhood, an app used for buying and selling stocks, took the unusual step of suspending their customers' ability to buy shares of that giant of the financial world . . . GameStop.  That action may lead to legal exposure for a number of entities and individuals.

In the preceding weeks, the shares of GameStop (whose stock symbol is GME) saw the price of its stock rise dramatically.  The increase was the result of a buying rally spurred on by individual investors on the Reddit forum WallStreetBets.  Individual Redditors had been espousing the upside of GameStop for a few weeks, highlighting things such as the addition of Chewy CEO, Ryan Cohen, to the board of directors after he purchased a 12% stake.  Prior to the increase in purchasing by Redditors and others, hedge funds had been taking massive "short" stakes in the gaming retailer GameStop.  After it was determined that the short position in GameStop was more than 100% of the available stock, the Reddit conversation quickly turned to sticking it to Wall Street by squeezing the funds taking short positions.  A historic and volatile period of trading followed that may lead to charges for market manipulation.

What is Shorting a Stock and a Short Squeeze?

It is useful to understand what shorting means before we go farther. If you, like me, did not understand 2015's The Big Short's explanation of shorting stocks, here is a, hopefully, simplified version.

Shorting a position is based on the idea that a company is worth less than its current stock value.  It works like this: A short buyer borrows shares from a broker (or a stockholder), for a fee, and then sells those shares. If the short buyer is right and the company loses value, then the short buyer purchases those shares back and returns the shares to the lender.  The short buyer has made a profit in the form of the difference between what they initially sold the stock for and what they bought the stock back for.  In some cases, the short buyer does not buy the shares, which is known as a "naked short."  In extreme circumstances, because of naked short positions, there can be more short positions than available shares.  In other words, the stock can be shorted beyond 100% of the available shares.  Such a situation opens up the possibility for buyers to execute what is known as a "short squeeze."  That's what happened here.

The Redditors of WallStreetBets tried to execute what is referred to as a "short squeeze."  A short squeeze happens when other buyers of the shorted stock begin buying the stock in significant volume, causing the shorted stock to rises sharply in value.  Since the value of the stock is rising, the shorting buyers have two options: (1) wait and hope that the stock does not rise in such value at it bankrupts them when they need to buy it back; or (2) buy the stock to contain the losses, but often at a huge loss.  When the shorting buyers purchase the shares back (to avoid the bankruptcy risk), the short buyers drive the stock price even higher, which creates a cycle that can rapidly increase the price of the stock even more.

What Did WallStreetBets and Robinhood Do?

After a number of posts on the WallStreetBets forum encouraged individuals to purchase GameStop stock in order to stick it to hedge funds, the price of GameStop shares went from $20 in mid-January to $483 on January 28.  Redditors were joined by other investors who learned about the buying spree through social media and the news.  Most of the buying happened on Robinhood because it is free to use and does not charge commission fees like most traditional brokers.

On January 28, Robinhood suspended their customer's ability to purchase more shares of GameStop and would only allow their customers to sell the shares they had already purchased.  Robinhood stated on January 29 that they were forced to suspend trading due to the heightened cost of executing trades.  Many of the Robinhood buyers purchase the shares with money loaned from Robinhood (buying on margin), and Robinhood, as a broker, has net capital obligations required by the National Securities Clearing Corporation (NSCC) and deposit requirements from clearinghouses that process the securities.

Within hours of Robinhood's decision to block users from buying shares of GameStop, individuals across the country filed seven lawsuits in federal court.  That number increased to thirty by February 1 and this number will likely continue to grow over the coming weeks.

The crux of all the complaints filed thus far are essentially the same, however, Robinhood removed customers' ability to purchase the shares of certain companies willfully and with the purpose of altering the market.

Could Robinhood Face Other Legal Repercussions?

While it has since become clear that Robinhood may have had liquidity concerns caused by the NSCC demand (which forced Robinhood to decide to stop allowing users to trade several stocks, including GME), there were some allegations that Robinhood suspended trading to stop the rapid rise in the price of the GME stock (at the request of hedge funds).  If that proved to be true, Robinhood would likely have a significant legal problem.  Robinhood could face separate allegations of market manipulation under the Exchange Act and its accompanying regulations.  Market manipulation is a difficult concept to narrowly define and it has been consigned by some to an area of the law similar to that famously described by Justice Potter Stewart as an, "I know it when I see it."[1]

Market manipulation requires that a party intend to mislead investors by controlling or artificially affecting the price of securities.[2]  Section 10(b) of the Exchange Act requires a plaintiff in a securities manipulation case to demonstrate that (1) the defendant made a material misstatement or omission or used a fraudulent device, (2) she did so with scienter (that is, intent), (3) her conduct was related to the purchase or sale of a security, (4) the plaintiff relied on the misstatement, and (5) the plaintiff was harmed.[3]  These cases typically turn on the element of intent.

Aside from the lawsuits alleging negligence, breach of fiduciary duty, and various forms of breach of contract, there are questions as to the influence exerted on Robinhood by outside firms.  This would expose Robinhood to claims of market manipulation to depress the value of GameStop stock and, in the most nefarious telling of the tale, save the Wall Street establishment.

Any effort to prosecute Robinhood or Wall Street institutions based on theories of market manipulation may be aided by forthcoming investigations from the Senate Banking Committee and the attorneys general of New York and Texas.  It remains to be seen whether these investigations will turn up any evidence of conspiracy, fraud, or any other wrongdoing.

Another question that has risen out of this event is whether the Redditors on WallStreetBets could face repercussions for their own potential market manipulation.

As with Robinhood it would be difficult to prove the Redditors on WallStreetBets engaged in market manipulation based on the information currently available.  Any prosecutor would have to prove the statements on WallStreetBets were untrue or omitted important (a/k/a material) facts.  For instance, spreading word that the company had received a patent or some other tidbit of news that would, if true, increase the company's value would be deceptive.  The posts on Reddit were open in their purpose and made no pretense about the stock. Instead, WallStreetBets first hyped the positive business developments at GameStop and then turned to the idea of sticking it to hedge funds.  Through the message boards, social media, and later news coverage of the surge in GameStop value, other individual investors decided to join in.

It has also been suggested that this was a "pump and dump" scheme by sophisticated individuals using WallStreetBets.  A "pump and dump" occurs when investors encourage others to buy shares to drive the value of those shares up.  Once the value of those shares is high enough, the investor hyping the stock will sell for a profit and leave everyone else holding stock that is falling in value.  Such a scenario would still require prosecutors to prove that individuals on WallStreetBets planned to defraud individuals by promoting this plan to buy GameStop shares and then selling when the stock was high enough.  This would likely take significant investigation and such a scheme is not plainly apparent from the face of the posts on social media.

Many have written off the actions of WallStreetBets as examples of "meme trading," free speech, or trading centered around pop culture.  The SEC, on the other hand, has reportedly been combing through social media and messaging boards for any signs of fraud.  If such an investigation turns up evidence that more sophisticated investors sought to use the public forum as a device to artificially inflate stock prices or spread misleading information, then criminal charges could follow.  At this point in time, the most obvious consequence of the saga will be continued investigations and calls for more regulation.  Stay tuned.