Blame It On Verein? What Law Firms Should Know About a Recent Malpractice Verdict Against Dentons 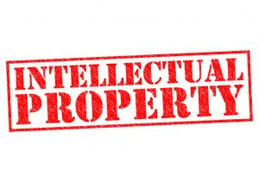 On February 13, 2020, a jury in Cuyahoga County (Ohio) awarded $32,000,000 to RevoLaze, an Ohio company, against the law firm Dentons US LLP, on a claim of legal malpractice arising out of a conflict of interest.  The verdict has drawn attention to the possibility of conflicts of interest caused by the Swiss "verein" form of organization of law firms, e.g., "$32M Dentons Verdict Could Put Vereins In The Crosshairs," Law360, Feb. 25, 2020.  However, the case is also of interest for reasons independent of the fact that the case involves the relatively exotic verein form of organization -- in particular, the role played by the firm's acceptance of third-party funding is instructive.

The malpractice claim arose out of Dentons representing RevoLaze on RevoLaze's patent infringement claim that was filed with the International Trade Commission (ITC).  The ITC may open an "investigation" into a complainant's claim that persons are importing products into the United States that infringe a U.S. patent.  If an investigation is initiated, and the complainant is successful on the merits in a trial before an Administrative Law Judge, then the ITC issue may issue an exclusion order prohibiting the further importation of the infringing articles.  19 U.S.C. § 1337(d).

As to RevoLaze, the ITC instituted an investigation on September 23, 2014 under the caption In the Matter of Certain Laser Abraded Denim Garments, Investigation No. 337-TA-930.  One of the twenty respondents in the investigation was The Gap, Inc.  In March 2015, Gap moved to disqualify Dentons, arguing that its representation of RevoLaze violated ABA Model Rule of Professional Conduct 1.7 ("Conflict of Interest:  Current Clients"), because Dentons Canada LLP also represented The Gap.  (May 16, 2016 Commission Opinion, pp. 1-2.)  Both the US Dentons and the Canadian Dentons are member of the Swiss verein "Salans FMC SNR Denton Group" but are otherwise independent of each other.  According to Gap, however, members of the Dentons verein should be considered a single law firm for purpose of Rule 1.7.  Id. at 2.  An ITC Administrative Law Judge agreed with Gap and ordered Dentons disqualified for violating Rule 1.7, with the disqualification to last as long as "Gap is a respondent in this Investigation."  Order No. 43 (May 7, 2015).

RevoLaze then replaced Dentons with other counsel, and by October 2015 settled with all of the respondents, including Gap.  (May 16, 2016 Commission Opinion, p. 3.)  Note that, although relief in an ITC proceeding is in the form of an injunction not damages, a respondent can settle with the complainant for a monetary sum, to avoid issuance of an exclusion order.

In 2016, RevoLaze sued Dentons for malpractice.  Its damages claim consisted partly of a claim for fees paid or owed to Dentons ($6.5 million), but mostly of $160 million in license fees it allegedly would have been paid by the infringing respondents, if not for having to replace its counsel in the middle of the IPR litigation, and if not for other supposed incompetent handing of the case by Dentons, all of which allegedly "forced [RevoLaze] to settle" with the respondents at a substantial discount.  (Plaintiff's Response to Defendants' Motion for Summary Judgment, in RevoLaze v. Dentons, p. 24 ("Response").)  As noted above, the jury agreed, up to the point of $32 million.

Although the disqualification ruling in the ITC proceeding precipitated the verdict in RevoLaze, the case does not settle the question of whether a verein should be considered a single law firm for purposes of conflicts of interest, for two reasons.

First, because the structure of a verein may vary, a case-by-case approach is required for purposes of the conflicts of interest analysis.  A verein is "a Swiss organizational structure" formed through articles of association, which establish its purpose, governing body, and financing.   The verein form ostensibly "allows individual entities to join together in a larger organization, without losing their underlying structure or independence." Robertson, "Conflicts of Interest and Law-Firm Structure," St Mary's Journal on Legal Malpractice & Ethics, Vol. 9, No. 1, p. 67 (2018).  "The individual law firms within the verein remain separate partnerships, professional corporations, or other legal entities."  Richmond and Corbin, "Professional Responsibility and Liability Aspects of Vereins,  the Swiss Army Knife of Global Law Firm Combinations," 88 St. John's L. Rev. 917, 923 (2014).  "[T]he verein structure allows two or more law firms to present themselves to clients and prospective clients as a unified global law firm without having to work through typical complications or complexities of international mergers . . . . "  Id. at 923-24.

Under the official commentary to the Model Rules, if attorneys "present themselves to the public in a way that suggests that they are a firm or conduct themselves as a firm," then they are a single law firm.  Comment 2, Rule 1.0(c) (definition of a "law firm").  The formal agreements, if any, between the lawyers, and their access to each other's clients are also to be considered.  Id.  The fact that two firms are both members of a Swiss verein, though, does not itself determine which way these factors point, given that "vereins may range between a loose affiliation of independently-run law firms sharing a common brand to a tight-knit organization utilizing a unified brand name with integrated standards and procedures. Where law firms organized as vereins fall on this continuum depends almost entirely on the particular verein's articles of association and related governance or management documents."  Richmond and Corbin at 924-25.

The second reason the case is not definitive is that the conflict ruling in the RevoLaze ITC proceeding was eventually vacated.  Dentons appealed the ALJ's disqualification ruling to the Commission, which concluded that there was not enough evidence in the record, such as the governing documents of the Dentons' verein, to "determine whether the members of the Dentons Verein should be treated as a single law firm."  May 16, 2016 Commission Opinion, p. 10.  The Commission did not then remand the issue to the ALJ to take further evidence because by then all of the respondents had settled with RevoLaze, meaning the case was over and the disqualification issue was moot.  Id. at 10-11.  The Commission therefore vacated the disqualification order --standard practice for timely appeals that become moot through no fault of the appellant (which was true of Dentons' appeal).  Id. at 12.  The inconclusive posture of the ITC ruling on the conflict of interest left both sides claiming they were right, in the subsequent malpractice case.

A more compelling question in RevoLaze than whether there was a conflict due to the Swiss verein structure is: how did an alleged conflict of interest proximately cause over $30 million in damages?  While a client having to replace its original choice of counsel is unfortunate, it generally is not catastrophic, given that there are over a million attorneys in the U.S.  In this instance, however, RevoLaze alleged there were serious consequences to replacing Dentons, arising out of a billing and third-party funding arrangement unique to the case. RevoLaze had obtained "non-recourse funding" (i.e., a loan repayable only from recoveries in the litigation) from a third-party, and Dentons agreed to represent RevoLaze for the amount that the third-party agreed to fund.  Response, p. 2.  The third-party, not RevoLaze, paid Dentons' fees.

RevoLaze's opposition to Dentons' motion for summary judgment set forth the following chain of causation:  1) an ethical violation (the conflict of interest) caused Dentons' disqualification to be ordered by the ALJ; and, 2) while that disqualification only prevented Dentons from representing RevoLaze against Gap, Dentons had assured RevoLaze that Gap "was a big infringer"; 3) which meant it was not desirable for RevoLaze to proceed against only the nineteen other respondents; so, 4)  rather than dismiss its claim against Gap, RevoLaze fired Dentons as its counsel; but 5) Dentons' agreement to be paid only from the third-party source of funding did not apply to the substitute counsel, who were consequently more expensive; and 6) RevoLaze's financial condition did not allow it to pay the more expensive counsel to litigate the ITC proceeding all the way through trial; 7) which meant that RevoLaze had to settle its claims against all of the respondants, at (supposed) fire-sale rates, which it would never have accepted if trial were a realistic option.

Thus, it was the third-party funding, more than the conflict of interest, that led to the client's (successful) argument that the conflict proximately caused millions in damages.

The case underlines why firms should be vigilant against potential conflicts, and err on the side of avoiding issues.  Initially, as is true of all disqualifications, representing a client in spite of a conflict violative of Rule 1.7 is an ethical violation, so even a borderline or close dispute over Rule 1.7 -- which may be the situation with a verein -- that ends in a disqualification, easily leads to an argument by the former client that the firm violated its duty of ordinary care, which is the predicate for a liability finding on malpractice.  Further, erring on the side of caution would seem especially advisable where there is a special billing arrangement, like in the RevoLaze matter, since the claimed domino effect from the client being financially locked into the third-party funding of Dentons' fees, more than the conflict itself, led to the multi-million dollar verdict.